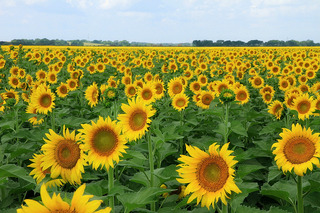 Plenty to read, digest, get enthusiastic about and get angry about in this week’s round-up! If you’d like to comment on one of issues covered or share another article that we haven’t included, feel free to get involved in the comments section below or on Facebook/Twitter.

Comment: Sex workers rights are not up for debate (Politics.co.uk)

From the article: “We are in a cultural moment with unprecedented media visibility of trans* identities and lives. Cisgender people are increasingly becoming adoring fans of trans women of color celebrities such as Laverne Cox and Janet Mock. However, when these same fans (and advocates of gender freedom more broadly) do not then lend their concrete, material support for black trans women’s lives, this is equivalent to white fans donning the jerseys of their favorite African-American sports heroes but resisting the idea the Black Lives Matter.”

Sheffield double amputee awarded £27,000 after failure in care (The Star)

The welfare state saved me. To need it isn’t a moral failure (The Guardian CiF)

From the article: “As a senior teacher and a writer for this publication, my income is such that I can afford life’s luxuries. I own my own home and car. I can afford meals out and holidays that take me further than Europe’s shores. I don’t have to face the daily humiliation of wondering if I have sent my children out into the world in clothing that reveals reduced circumstances, and with not much in their bellies. Note the agency in these sentences; I am one of the privileged few. Yet the woman I am today wouldn’t exist without the welfare state.”

From the article: “Spare Rib was radical, a magazine of its time. From the early 1970s through 21 years and 239 editions, it summed up an era still regarded as important for women’s liberation.

Now, thanks to an ambitious project by the British Library, the magazine is confined to the library shelf no more, but available online and for free to anyone after the digitisation of its entire run.”

If You Think the Dad Bod Phenomenon Is Championing Body-Positivity, Think Again – Here Are 3 Big Reasons We Need to Stop Praising It Now (Everyday Feminism)

I am a Snoop Dogg fan. That doesn’t make me less of a feminist (The Guardian CiF)

From the article: “Lyrics about bitches and whores are offensive – but a life without such contradictory pleasures would be boring, if not impossible”

From the article: “This week, both Davina McCall and Nicki Minaj gave interviews discussing details of their sex lives – and the things they said were very different.”

From the article: “Baker, who was born in the US, and became a naturalised French citizen in 1937, is a hero of the French republic. During the second world war, she was recruited by French military intelligence and engaged as an ‘honorable correspondent’.”

The photograph is used under a creative commons license with thanks to Texas Eagle . It is an image of a field of yellow sunflowers in full bloom, stretching for miles.