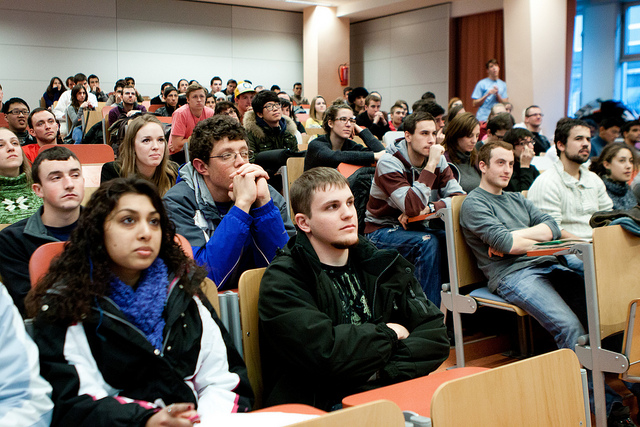 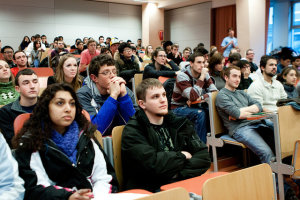 Just as content warnings have begun to gain traction in academia, they are in danger of becoming a cultural straw man, a bit like the “May contain nuts” on the bag of peanuts; seen as redundant, an indulgence to the over-sensitive, an offering to the vague behemoth of Political Correctness.

Most recently, a student at Columbia University in the US unexpectedly had to endure a discussion of rape in Ovid’s Metamorphoses, while “her professor focused on the beauty of the language and the splendor of the imagery”. After class, the student, a survivor of sexual assault, approached the professor with her distress but was roundly dismissed. Calls for more consideration by the student body provoked a barrage of opinion pieces from around the world, lamenting “trigger warnings” as attempts to censor cultural classics and mollycoddle over-sensitive students.

I would argue that as long as we hold onto the term “trigger warning” and appeal to the compassion of educational institutions with stories of mental ill health, we’re not going to win the argument for content warnings in academia.

Defenders of “trigger warning” insist that what they’re trying to avoid is far worse than offense or upset; if triggered, a person can experience horrendous flashbacks, panic attacks or disassociation, leaving them shaken and exhausted for hours or days afterwards. A person experiencing this has no hope of concentrating or engaging with a lesson. Higher education needs to challenge and sometimes discombobulate, but it is not supposed to make students unwell.

All this is true, but it’s a terrible way to argue about an issue of accessibility. It makes the problem personal; about individuals and their distress. This goes against the principles of Universal Design – the idea that we should create a world which is naturally accessible to the widest group possible, as opposed to focusing on individuals and their impairments and trying to find ways of allowing them to fit into a non-disabled world. The term “trigger warnings” suggests that an accommodation should be made for the benefit of a small group, which is a bit like referring to subtitles as “deaf text” and arguing for them with stories about how some people cannot hear at all.

It allows arguments that, as the American Association of University Professors put it in their statement on “trigger warning” last year:

“The presumption that students need to be protected rather than challenged in a classroom is at once infantilizing and anti-intellectual. It makes comfort a higher priority than intellectual engagement.”

In a classroom, the term “trigger warning” promotes a culture in which access is argued for in terms of individual medicalised experience. It implies that the power and responsibility lies with universities to protect students – to avoid triggering them – rather than portraying a situation where, with right information, students can make better choices about to manage their studies.

When an access issue is presented as being about individuals and their impairments, there are inevitably questions of legitimacy and appropriateness. The author of a particularly scathing article at reason.com questions whether the student who suffered through the Ovid lesson behaved like a traumatised person. As critics quite rightly point out, absolutely anything can be a trigger and avoiding known triggers can impair recovery from trauma. Meanwhile, as the AAUP statement goes on:

“Such trigger warnings conflate exceptional individual experience of trauma with the anticipation of trauma for an entire group, and assume that individuals will respond negatively to certain content. A trigger warning might lead a student to simply not read an assignment or it might elicit a response from students they otherwise would not have had, focusing them on one aspect of a text and thus precluding other reactions.”

Defenders of “trigger warnings” wish to emphasise that there’s far more at stake than students’ feelings or comfort (thus the clinical term “trigger”), but I believe this is an unnecessary distraction. It is a bit like arguing that a multi-storey building should have a lift because a few of people cannot, under any circumstances, climb the stairs. A much larger group of people struggle with stairs. Some have long-term mobility impairments. Some are just out of breath or have a sprained ankle, are carrying a heavy load or have small children with them. Maybe some are just lazy – it really doesn’t matter.

There’s a vast spectrum of post traumatic experience, and just as subtitles cater for a variety of people who might not necessarily be deaf – non-English speakers, people with mild hearing impairments or auditory processing disorders, those with headaches or sensitive ear drums, people with thin walls or people who like to know the exact lyrics to a song – there are all kinds of people who are simply more sensitive to certain subjects and imagery. Someone might struggle with rape in Ovid today because their cat died this morning, they were groped in the pub last night or there’s a story of rape in the local news. It shouldn’t matter whether someone is mentally ill or simply squeamish if a warning can enable them to brace themselves, concentrate and engage with the class. Good access benefits the very broadest spectrum of people.

The only time we need to focus on individual need is when an accommodation can’t be made for everyone. Even then, when I took my university exams at home, on my sofa, with breaks and extra time, none of these accommodations were given medical names. They were simply what I required in order to sit my exams.

As for the possibly disingenuous concern that “trigger warning” unduly influence students’ reception of certain material, there is undoubtedly a difference between a “trigger warning”, the terminology of which implies: “This has the power to make some people sick” and a general content warning or contextualisation which implies: “This may be difficult, do with that as you will.” A good teacher will acknowledge upsetting material coming up in the same way she will pull the blind down when the sun is shining in her students’ eyes or close the window when there’s a lot of noise outside.

Sensitivity isn’t a sign of weakness. Privileged people tend to be less sensitive to material featuring violence or bigotry because such bad things happen to other people. Women and minorities make up most of those other people, without being any less able to engage with these difficult subjects – indeed, women and minorities are likely to be even more invested. However, academia has traditionally ignored the context in which a large proportion of students are viewing cultural material. As academic blogger Jeanne de Montbaston says in her excellent post about women’s voices in tragic literature,

“…tragedy, in the Western literary tradition, is very often an extended exploration of men doing unspeakably awful things to women, and authors constructing something beautiful and memorable out of these actions. It poses an ethical real problem: how do you ask women to study 2000-plus years of literature which is, amongst other things, interested in violence against women as an aesthetic process?”

One great irony amid recent debates about “trigger warnings” in academia is that good educators are often already doing the right thing, even if they are deceived by language of triggers into thinking there’s an argument to be had. Writing in the Guardian this May, literature professor Lori Horvitz argues against “trigger warnings”, before stating:

“As a courtesy, I have begun providing a blanket content warning on my syllabi. Of course, there is no way to know which issues will be triggering for which students. On the first day of class I ask students to be aware of the possibility of triggers throughout the semester and to take care of themselves if they feel triggered — to seek counselling, to step out of the room, to talk with me. If a text contains blatant sexual abuse, I’ll most likely give a content warning.”

So in other words, she’s providing adequate warnings and support for students who need it. Jade E Davis’ piece from last year makes an interesting read about the way her race, size and gender unsettles students and the way that racist attitudes, in particular, can erupt in classroom discussions. However, she still objects to “trigger warnings”, only to go on and describe how she warns students of what’s coming up, and supports students through the sometimes harrowing material they’re required to engage with.

Even in some of the most scathing articles about the Columbia University case, authors will mention that of course the professor might have said that there was graphic sexual violence coming up and of course he should have listened to a student in distress, but even so, “trigger warnings” are creating a “swaddled generation”.

If we keep presenting content warnings as exclusively about extreme mental distress, using the language of “triggers”, we are helping to support this straw man. We are helping to support stereotypes of young people – particularly young women – with mental ill health as over-sensitive, entitled and potentially disruptive to academic life.

We are helping to perpetuate a ridiculous and hurtful debate, sometimes between people who believe and behave similarly, but just aren’t using the same language.

The image accompanying this post depicts a lecture hall full of students and is used by permission of Jirka Matousek under the Creative Commons License.