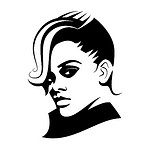 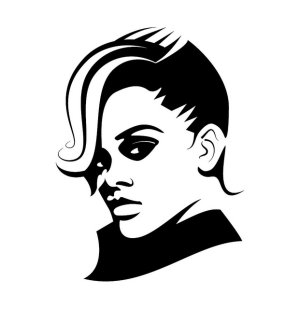 This week’s round-up wouldn’t have been complete without links to some commentary on Ruby Rose and, of course, Rihanna’s new music video! If you’d like to comment on one of the issues covered or share another article that we haven’t included, feel free to get involved in the comments section below or on Facebook/Twitter.

Why we should think twice before idealizing Ruby Rose (Let’s Queer Things Up!!)

Mysterious Islamic Tribe Where Women Have Sex With Different Men, Don’t Wear A Veil And Own Property (Peace Ben Williams)

Who is Bree Newsome? Why the woman who took down the Confederate flag became an activist (Washington Post)

Farewell to America (The Guardian)

From the article: “I find it interesting that she didn’t go after her accountant who screwed her over. Instead, she tortured his innocent girlfriend, making her pay for his carelessness and mistakes. What message that does send out to the young girls like my sister, teenage girls and young women who will internalise the misogyny in this video? That it’s OK to put a woman under so much intense torture but allow men to go free? That’s certainly the message that I got – that women are weak and they can pay for their man’s bullshit and be the ones held accountable.”

The Politics Of Hair Removal For Women Of Color (Thought Catalog)

How I became a feminist: My origin story and the importance of meltdowns (Medium)

From the article: “But here’s what white feminists don’t get (and what has them fucked up): black women often see white women as the same as white men. The harm done to us by white men and white women isn’t vastly different to many of us.”

In praise of Sandi Toksvig (Chortle)

Is there a systemic gender bias in knowledge production? A look at UK Universities and Think Tanks (F-Word writer and editor, Josephine Tsui at On Think Tanks!)

From the article: “Could it be that because think tanks have more mainstreamed workplace policies, there is less of an institutional gender bias in think tanks? Does this explain why there appear to be more women in think tanks than in academia?”

The image above is used under creative commons license with thanks to Vectorportal. It depicts a black and white drawing which appears to be based on the singer Rihanna. In the picture, Rihanna has short hair brushed over one eye and is looking directly at the viewer.