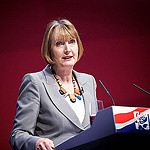 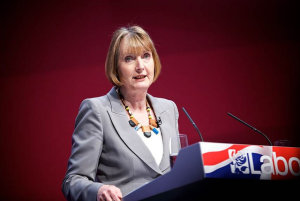 It’s time for another weekly round-up and this one includes everything from Labour’s leadership battle to being fat on your wedding day.

Would the rebellion against Harriet Harman have happened to a man? (The Guardian)

From the article: “Throughout the events of the last few days, I’ve wondered if Labour MPs would be so happy to override Harman if she weren’t a woman. It seems likely that loyalty to a man would be stronger. The whole situation resembles the classic scene of a woman being interrupted or ignored in a meeting dominated by white men in suits.”

From the article: “The insidious tradition of forced marriage has become widespread in the UK. Sensitivity towards different cultures and traditions has exacerbated this inhumane custom, with government ministers at first hesitant to interfere in cultural practices they may not understand.”

Dead name: why Facebook is wrong about who we are (Transformation)

From the article: “Last week my phone company made me cry. Waiting excitedly for a new phone, I received an email from EE. ‘We just need a bit more information from you’, they said. ‘Call us’.”

From the article: “After endless disputes over non-payment, sexism and exploitation, leading players such as Sara Pascoe have joined forces to stamp out funny business.”

From the article: “As a fat woman, you are told to disguise, shrink or flatter your body. But I wasn’t going to hide at my wedding – the older I get, the harder it is to depoliticise simple acts.”

The image is used under a creative commons license with thanks to the Labour Party on Flickr. It shows current acting Labour leader Harriet Harman. She is stood at a podium, wearing a grey jacket and white shirt. The podium has a union jack design on the front of it and the Labour party logo.