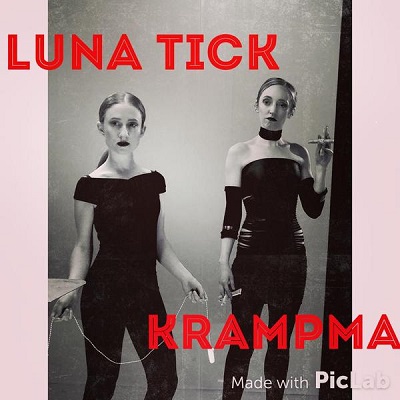 Many moons ago, when my school had pretend elections, I stood for the Green Party. My approach was pretty basic: debunk the image of the party as a bunch of hippies and try to inject a bit of humour into proceedings. During my research, I noticed that the Green Party were keen to scrap the Value Added Tax on sanitary products. “There’s VAT on sanitary products? WTF?” I thought, or would have if the abbreviation had existed back then.

I figured out some catchy slogans for campaign posters, one of which tackled the VAT issue. Having hunted high and low in the cupboards of my youth I can’t find the aforementioned poster but I think it read:

VAT on periods? I don’t know about you but whenever I have my period I think, “Ooh what a luxury, I’m going to treat myself to a tampon.” I mean seriously, what’s the alternative? Bleed down the hallway?

Or something equally subtle.

Not especially remarkable, but it was when a female teacher said to me: “Susan, we’ve had to take that poster down I’m afraid. One of the year nine boys found it upsetting.” “Ha ha ha ha ha ha ha LOL!” I said, or would have, had the acronym existed back then.

I was reminded of this early example of sexism recently when I was invited to make a brief appearance in Cariad Lloyd and Jenny Bede’s Bad Blood video, a new spoof about VAT on sanitary products. The storyboard and lyrics for the video made me laugh out loud and I had no doubt they’d produce something excellent, but it occurred to me that, even as little as five years ago, there would have been more of a reluctance to go there in terms of subject matter.

But why? Both male and female comedians are happy to find humour in all manner of other potentially taboo subjects, from sex to cancer,but periods have, up until more recently, been seen as a no-go area for many female comedians. To my mind we fear talking about menstruation, not because it’s shocking or because we are worried it will offend people, but because it is, or was, unfairly considered as being hack. And for a comedian there is nothing worse than being considered hack.

When I was stumbling in to the comedy scene back in 2007 I was swiftly made aware of the assumption that female comedians talk about periods all the time, but in reality I observed that this simply wasn’t the case. Over the last eight years I have watched and performed at numerous comedy nights. I have seen all manner of stand ups, sketch groups and character acts of varying degrees of experience and I have only witnessed periods being referenced once in all of that time. My memory of the section in question is a little hazy, but I think it was a double act and the gag was funny, silly and unique.

It is telling that something which is considered so ‘done’ is rather hard to find examples of. When asking fellow comedians where they think this stereotype originates from, the usual response is, “Oh, I think maybe Jo Brand used to talk about them”, but actually it is one of her male peers, Ben Elton, who is most famously remembered for tackling the topic. Using the premise ‘If Men Had Periods’ he imagines cismen posturing about tampons and showing off about who has bled the most.

God, male comedians from the 1990s, eh? Always banging on about tampons and smear tests…

Having scoured Youtube trying to find the clip in question (no mean feat when euphemisms such as ’female trouble‘ are used in the description!) I found another example in which he does a second set about periods, as well as a very long and weirdly accurate bit about smear tests. Watching this now in 2015 the double standard is pretty mind-blowing. To sum up: a male comedian could talk about periods (twice!) in his act, as well as other gynaecological matters, and be considered fine, and yet for a woman to talk about the self-same subjects was considered clichéd. God, male comedians from the 1990s, eh? Always banging on about tampons and smear tests…

Nowadays anyone with a passing knowledge of the current comedy scene no longer needs to ask the “Are women fu – ?” question (I’m not going to give this sentence the dignity of finishing it). You can’t argue with Amy Poehler and Tina Fey and Bridget Christie: the quality of their material and the extent of their influence speak for themselves. Perhaps partly because of this, it seems that we’ve finally reached a happier time in which periods are fair game again. In the last few years we’ve seen UCB’s Maxi Pad spoof which replaces blue liquid for red, the excellent viral campaign for HelloFlo in which a young girl says “Vag” (hooray!), Bec Hill’s rejected tampon advert and Cameron Esposito’s impressive set in which she manages to wring big laughs both from the subject of periods and from the concept of female comedians talking about them. Here’s Esposito’s set, the relevant bit is about 3 minutes and 38 in:

“Yeah, I’m a female comic and I’m standing up here and I just said the word period,” she begins, “Oh how hack. Oh how unnerving. Oh how disgusting,” after which she brings the house down with the most unflinchingly brilliant, comedic description of what happens to ciswomen’s bodies every month.

For me, Cameron Esposito’s dazzling set is the final nail in the coffin for the “women can’t make jokes about periods because it’s all they do and it’s not funny” myth. Now that so many of us are making jokes for massive financial gain (sorry Andrew Lawrence) about all kinds of things, we can reclaim periods as a topic that’s up for grabs again should we wish to. And Ben Elton, we were very happy to lend this topic to you, and you were always on our side, but we’re having it back now. The future’s bright, the future’s red. With bits in.

Image: the photo at the top of the page is of two white women in a film noir style, they have dark clothing and dark lipstick. Both are holding tampons. In red lettering their namas are given as “Luna Tick” and “Krampma”. It is a still from the Bad Blood spoof video mentioned in the article.

Videos: the linked clip of Ben Elton is not subtitled. Bec Hill’s rejected tampon advert has no dialogue and is soundtracked by Journey’s Don’t Stop Believin’. All other linked video clips have subtitles.