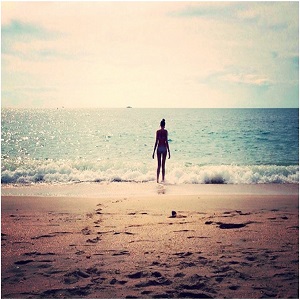 Deferring a key, a ring and motherhood for my backpack and passport. Am I doing life wrong?

Ashton Simpson writes about her choice as a young woman to travel and asks why so many still find it troubling when young women don’t adhere to the socially accepted paths of mortgage, marriage and motherhood within the expected timeframe

Ashton Simpson decided to spend her mid-twenties travelling the world. She’s happy with her choice, but she wonders why so many people feel it their duty to advise her that she’s got her priorities wrong?

When I reflect on my teenage perspective of what life would be like as a 25 year old; a baby, a career and a mortgage pretty much covered my views of where I would be. I was certain that when I reached 25 I would also fit happily into the careered motherhood category with the expected marital status to match. So I left my teenage years and approached adulthood feeling content that I had a good few years before my mid- twenties, and I spent these years well, successfully completing GCSEs, A-levels and partying my way through university, making lifelong friends, gathering student debts and graduating with a first class degree.

After my graduation, like the majority of postgraduates my days were spent in my apartment I shared with my then boyfriend tiredly scanning through recruitment websites and continuously leaving the search bar blank in hope there would be a job title I could define myself with. My job applications were returned with rejections and with no job title forthcoming. My then boyfriend, who was already climbing his Financial career ladder questioned “what do you want to do?”

My response was simple – “to travel” – which created that same critical response I had regularly received from him, my lecturers and my school teachers: ” you can’t do that forever”.

I then realised I had spent the ‘good few years’ actually preparing for my own benchmark; ‘Backpacker’. The only next step I wanted to take after graduation was onto a plane to Bangkok. After many heated discussions and weeks of feeling lost and weighted down, the difficult decision was made and within a week I had packed up my belongings and moved back home with my parents. Despite my then boyfriend not understanding my dream to travel and the decision resulting in me losing my relationship, I knew it was the right thing to do for my own happiness, and I am now happily living “in the land down under”.

So, I hear you say; “why is this young woman concerned she might be doing life wrong?”

I recently came across an article in a popular magazine discussing the regular life comparisons us twenty-somethings are guilty of making with our peers. This article instantly caught my attention, as I have been speaking to my close friend about her upcoming wedding, confirming I will be attending in 2017 and this got me thinking. Where “should” I be in 2017?. These thoughts have left me filling out my second year visa application in sheer panic, with that familiar voice in my head telling me I should be filling out my dream job application, signing my first mortgage agreement or updating my Facebook status announcing my baby news.

Since reaching my early twenties every authoritative figure I have crossed paths with has at some point indirectly criticised my dream to travel. If it wasn’t my University lecturer explaining that travelling is not going to get me a career, it was my manager at my weekend job suggesting I should take the Manager Programme instead. Even on the other side of the world the questions are still hanging over me, with the farmer I’m currently working for in the Australian outback asking what my plans are after travelling and with a shrug of my shoulders he reminds me ” you’ll have to settle and work somewhere soon”.

The fact is, there is still a consensual view amongst society that a career, marriage, home ownership and motherhood are not only inevitable but should be achieved within society’s hourglass. 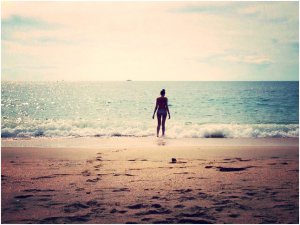 Today I am happy with only my backpack, I’m not yet ready to approach the career ladder, see the mortgage advisor or change my last name as I have other personal goals and experiences I want to achieve first. This is where I feel I might be “doing life wrong” as society’s expectations have been crushed once again by another twenty-something jetting off around the world instead of setting up the rest of their life by the book.

‘Wanderlust’ is a label often given to young people choosing to travel, but since being in these ‘wanderlust’ shoes I also want to throw a few other labels in the mix. How about ‘happy’; ‘passionate’; ‘interested’; ‘brave’; ‘confident’ – isn’t this what we want from young people?

What I didn’t know in my younger years was that there would be other options and paths than the one I thought lay ahead for me. At my naive age, with the encouragement of society’s views, I presumed these benchmarks should be reached by certain ages. But unlike compulsory education, I have recently learnt that these presumed paths are not parallel with your age or even compulsory at all, and they do not come with a deadline. So, I am calling for a “Benchmark Revolution”.

Society needs to accept us creating our own benchmarks, because alongside a career, a mortgage and a family, other choices and paths are also a part of setting up the rest of your life. Every individual has their own experiences, goals and achievements – just because they might not adhere to the social blueprint shouldn’t mean that their choices are frowned upon or that they are in some way “doing life wrong”.

Ashton Simpson is a young women from the North of England, currently living in Australia with her backpack. She is fascinated with travelling around the world and wants to share her passion, experiences and memories with others.