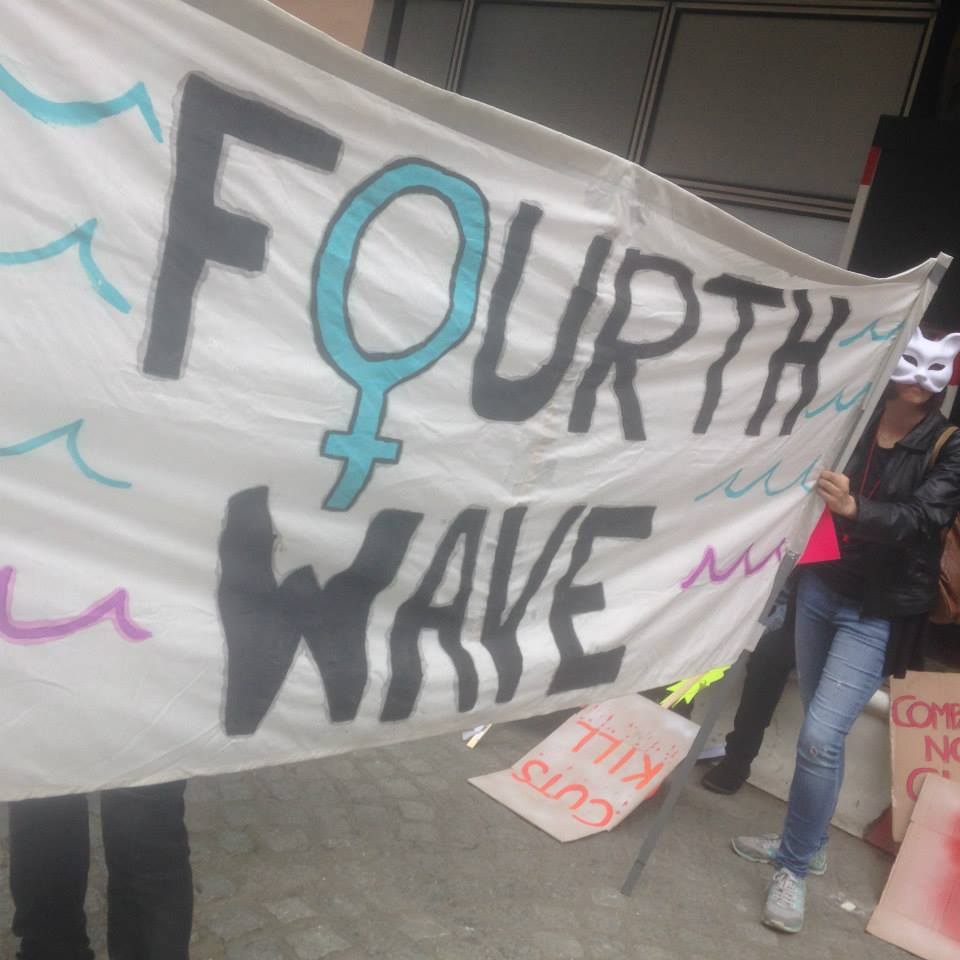 Marching against austerity with the Feminist Bloc

Jade Moulds on her experiences marching against austerity in the capital earlier this year, and why she’s behind the campaign to oppose government cuts that will disproportionately affect women.

On Saturday 20th March, 250,000 people came together for the People’s Assembly End Austerity Now demo. Only 60-70,000 people were estimated to attend, showing that people across the UK are far angrier about the recent cuts than anyone could have predicted. 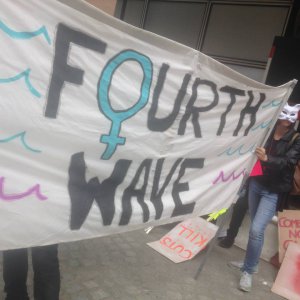 The Feminist Bloc was organised with the purpose of drawing attention to the fact that women are disproportionately affected by the cuts – it’s estimated that 85% of cuts come out of women’s pockets. The Bloc was open to all genders, and consisted of groups such as Fourth Wave: London Feminist Activists, Abortion Rights, and Feminists Fightback, with Sisters Uncut forming a women-only Sisters Bloc to draw attention to the way austerity cuts make it harder for women to leave violent partners. Before the march began, Sisters Uncut read out a list of the names of women killed by men this year alone. Faced with these names, it seems impossible not to act against the brutal cuts targeting our women’s refuge centres, domestic violence units, and legal aid budgets for victims of abuse.

The Feminist Bloc wore masks to show solidarity with those who were unable to march without them; people who had to hide their activism from employers, friends or loved ones, or who simply wanted to retain their privacy. Considering the stereotype of feminists as cat-ladies, we thought the choice of mask was appropriate. We also found that small children were big fans of our cat masks – hopefully we encouraged some future feminists.

Seeing so many parents there with their children (we marched near the Family Bloc and the Women’s Bloc) was fantastic. It showed that people from every walk of life were fed up with the cuts, not just the dreadlocked hippies and the black-clad anarchists. It was great to see the Hare Krishnas dancing to the music of a political punk band, and girls in their prams with ‘Stop taking money away from poor people!’ signs. Wanting people to have enough food, shelter, healthcare and human dignity, no matter their background or ability, isn’t just for the radical left. It should be a matter of basic humanity.

As predicted, the right wing media chose to focus on the tiny amount of people who wanted a bit more action at the rally, letting off a few smoke bombs and starting a fire using some placards. As funny as it was watching about ten police officers struggle with this raging inferno, it was frustrating to see the newspapers jump on the act. The march was actually incredibly peaceful – I heard many members of the Bloc mention how calm the atmosphere was, despite the huge number of attendees, and there was no record of any violence. A number of politicians marched and spoke out, such as Caroline Lucas and Jeremy Corbyn, and Russell Brand and Charlotte Church were among those who made speeches at the rally. 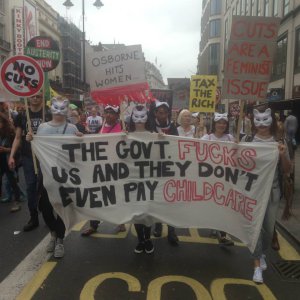 I felt proud marching alongside the one quarter of a million people who had all decided that was enough was enough and that it was time to stand up for the vulnerable in society. On July 8th, George Osborne announced further cuts, and we were on the march again. It’s true that one march is unlikely to get the Tories to cancel their absurd programme of austerity, but it lets them know that we won’t settle for a vote every five years and consider that democracy. We will let them know exactly what we think of their methods, and remind them that 75% of the UK did not vote for them. Protests are an integral reminder than others out there agree with you, and they boost morale in a way that sitting at home yelling at the TV just doesn’t. Join us on the hashtag #FemsAgainstCuts, follow The People’s Assembly Against Austerity and keep up with news of further protests against the planned cuts in 2015. It’s time to be counted.

Jade Moulds is editor of The Jar Belles. She’s a leftie feminist, an editorial assistant at an academic publisher, a writer and a terrible hula hooper. Follow her on Twitter: @msjademoulds.