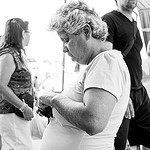 The Pensions gender gap – what’s being done about it?

Ryan Smith thinks there’s still a long way to go to close the gap between men’s and women’s pensions, and that current measures may not be going far enough to ensure better financial security for women in old age.

Despite the Office of National Statistics announcing in November 2014 that the pay gap between men and women was at its narrowest since comparative records began in 1997 (9.4% compared with 10% in 2013), the World Economic Forum released a report showing that the UK had fallen to 26th place in the rankings of the world’s most gender-equal countries – behind much less affluent countries including Rwanda, The Philippines and Bulgaria.

The Conservatives’ answer to close this gap is to force companies with over 250 employees to publish wage data, to “cast sunlight on the discrepancies and create the pressure we need for change, driving women’s wages up”.
Targets will also be introduced for getting more women into boardroom seats.
While this is a positive move, there’s still the clear problem of the pensions gender gap. 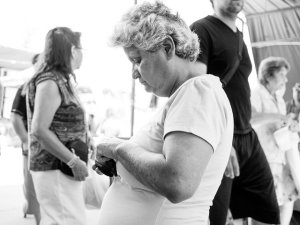 “Single male pensioners have an income of £262 per week compared to single female pensioners who have an income of £223” explains Mark Stopard, head of product development at insurance company Partnership. Insurer Prudential released data showing women even expect to retire with less pension savings than men: an annual income expectation of £14,300 compared with £19,100 – a £4,800 difference. So what can be done to close this gender gap? Cameron’s policy aims to give women greater opportunities to save equally, but currently women aren’t putting as much aside.

Closing the Gap
Scottish Widows revealed women save 38% less for their retirement than men. Even taking into consideration the 9% pay gap, they’re still paying almost a third less into their pension fund. While Cameron’s aim to close the pay gap can’t be discredited, more help is needed for women to save for their futures. Sarah Lyle, independent financial advisor at The Chambers Partnership believes the current system doesn’t favour these women:

“Women who have been unable to work or taken a career break due to raising their families or caring for family members, have forfeited their own income and therefore pension contributions whilst out of work. Therefore their contributions have not had the same time and investment period of their male counterparts”

Marta Philips OBE CA, Chief Executive of The Pensions Advisory Service suggests “If you are taking a career break consider maintaining your pension contributions and making voluntary National Insurance contributions when you return to work”.

With recent cuts to the welfare system, including benefits available to single parents and parents with more than 2 children, this could be impossible. Should a new mother at home with her newborn feel like it’s something she’d like to do for her future, it may be worth discussing whether her partner can subsidise these payments as part of the overall family finances.

Changing Attitudes
With women being more independent and in charge of their own finances, the attitude towards pension contributions should too. There are women who rely on their partner’s savings to fund the future (more than 1 in 10 according to Scottish Widows), but we must encourage this minority to be more vigilant with family finances; after all, not all marriages last forever, and 84% of divorced women told Scottish Widows that pensions hadn’t even been discussed.
Mark Stopard knows the importance of taking charge:

Men also need to look at what they can do for their partners to lead us towards a more equal society. Couples splitting the childcare support more evenly allows women to return to work sooner if they wish, closing the gender gap in the process. Increased pension payments and transparency around savings should also be an option if it’s affordable.

Positive Steps
The auto-enrolment scheme has resulted in an increase in pension contributions from women (50% up from 41% last year). As it rolls out further across the nation’s workplaces (to be fully implemented in 2018), we expect this figure to rise.

There should also be an aim to improve interest rates from the Bank of England; this should lead to a rise in annuity rates, providing a more stable, secure income in retirement and a fairer return on pension savings.
The fixed-rate state pension – introduced from April 2016 – will also work to close the gap, but Sarah Lyle thinks the government can do more: “Whilst they have taken steps to provide women with pension credits to support their basic state pension, they could incorporate measures to protect their private provision as well” she says, also adding:

“This could be based on previous contributions before they left work or maybe offering a higher tax relief for a period of time equal to that when they were off work, to try and bring their pension funds more in line to what they would have accrued if they hadn’t needed time off work”

Ryan Smith writes for My Retirement Options, providing information on pension drawdown, annuities and trivial commutation as well as helping people to make informed decisions about their retirement income.