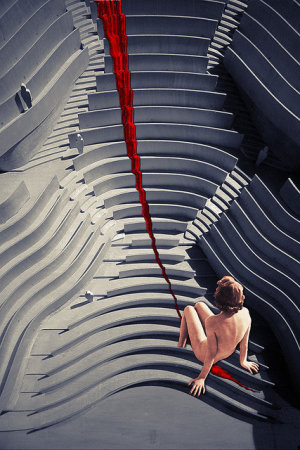 It’s time for another round-up and there are plenty of fascinating and informative articles to check out this week, with everything from awesome apps to Jonathan Franzen.

If 43% of young people aren’t straight or gay, why do only 2% identify as bi? (Stavvers)

There Won’t Be Blood: Suzanne Moore on the menopause (New Statesman)

From the article: “The female body can be a mess, so I simply decided to have it – the menopause – one cold November weekend a few years ago. But women my age won’t just melt away and we won’t become invisible.”

Yes, there are more female comics at the Fringe – but it’s hardly time to celebrate (The Conversation)

“But rape happens to babies, elderly women and everyone in between. And yet we routinely conflate rape and sexual assault with conventional attractiveness – and perpetuate the notion that ‘ugly’ women don’t get raped, and that attractive men don’t need to commit rape.”

Tearing Down the Walls: The story of the Stonewall Rebellion and the rise of the gay liberation movement (Jacobin)

Adama Jalloh interview: “I wanted black girls to see the photos and to see themselves”(New Statesman)

When Your Period Tries to Kill You (Vice)

From the article: “In schools and workplaces and public spaces, people invent increasingly innovative ways to hide tampons up their sleeves on the journey to the toilet, or find discreet ways to empty menstrual cups in shared bathrooms. Period stigma taught me very early on that things happening to bodies that aren’t cisgender and male were weird and wrong, and they weren’t to be talked about.”

Being called out for your sexism is not censorship (Chortle)

From the article: “Ai Weiwei can go rot in a prison cell so long as these guys get their rape jokes, am I right? And what’s the deal with airplane food and Malala Yousafzai? The bottom line is that if you’re a comedian on stage you want to be able to relate with your audience in at least some way, and if your material is comprised of elements that come across as misogynist, then your largely non-misogynist audiences are going to have a very difficult time finding you likable.”

Jonathan Franzen interview: ‘There is no way to make myself not male’(The Guardian)

The image is used under creative commons with thanks to Eugenia Loli. It depicts somebody, with their back to the viewer, sitting at the bottom of a flight of stairs. They appear to be naked and are seated with their hands rested on the steps behind them and their legs drawn up to their chest. Beneath them is a long, red silk scarf which trails all the way down the steps to meet them. The colour of the scarf is in juxtaposition to the rather grey surroundings.