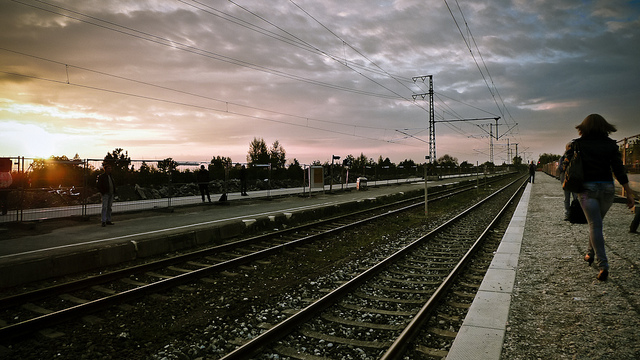 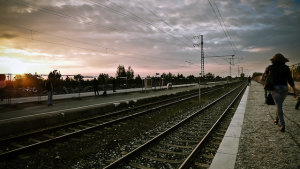 It’s time for another round-up and this one includes everything from women-only train carriages to manic pixie dream girls!

From the article: “I’m not saying I fail to connect with female characters just because they’re dressed and coiffed a certain way, or that every female character who fits that description is necessarily poorly written. I’m saying it bugs me that women on screen are seldom allowed to deviate from a set aesthetic, even if it suits their personalities: aren’t allowed to shave their heads or not shave their armpits or shove their hair up in an unkempt bun or wear long skirts with boots or t-shirts that aren’t nipped at the waist; aren’t allowed to be visually distinct in ways that go much beyond hair colour, or which forever render particular clothing choices off limits, just because we might think they’re less pretty like that.”

Women-only carriages around the world: do they work? (The Guardian)

“Where Are All the Disabled People in the Body Positivity Campaigns?” (The body is not an apology)

From the article: “In the popular media, so-called “body positivity” campaigns leave out disability to a remarkable extent. The body about which we are supposed to feel positive is nearly always the able body. That body might be fat or thin, white or black, Hispanic or Asian, tall or short, rich or poor, but it is almost always able.”

Zoe Coombs Marr: It’s a sexist world – comedy just reflects it: The Australian standup explains why there is a little bit of her alter ego Dave – a caricature of beer-swilling blokishness – in most comics (The Guardian)

From the article: “I think we live in a sexist world and comedy is a reflection of its audience.”

From the article: “The Rentboy.com raid pulls the loose thread on the sweater of anti-trafficking rhetoric, unraveling its pseudo-feminist spin to reveal what many of us have always known: that it’s just sexism in new clothes. For if male sex workers can be capable of displaying what the police believe to be a criminal amount of agency, there is no rational reason that female sex workers in the same conditions cannot.”

Sad, but not surprising: the depressing case of Ryan Babel and misogyny in football (Carrie Dunn)

The guilt of quitting sexist workplaces (The Guardian)

From the article: “‘Wow, this is not gonna be easy,’ says a character early on in Paul Lucas’ new verbatim play, Trans Scripts. It’s a tremendous understatement. Drawing from over three hundred hours worth of interviews with transgender men and women, Trans Scripts relays the experiences of dozens of different transgender women through the voice of six transgendered performers.”

‘Is your boyfriend in the band?’ Critic airs tales of music industry sexism (The Guardian)

The image is used under creative commons with thanks to Difei Li. The title of the photograph is ‘Freezing Time’ and it shows a platform and train track at what could either be early evening or early morning. There are various people standing on the platform and a person wearing jeans and with shoulder-length hair can be seen in mid-motion, walking away from the camera.