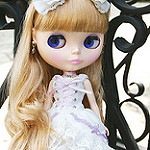 How to date a feminist

A letter to my former lover, and to any man who wants to date a woman who is a feminist:

It was during one of our first conversations, before we had met face-to-face, that I told you I use my online dating profile as a filtering system. By being as upfront and honest as possible, I attempt to sort the feminist-ally wheat from the misogynist chaff.

Because you’d read my profile (and believe me, it’s pretty obvious if someone hasn’t), you knew I don’t shave my body hair before you had seen my body. You knew I have a partner I love, who knows I’m dating and who I’m not going to be leaving. Yet you were still talking to me, so I made the assumption you weren’t fazed by my feminism.

I also assumed that meant you weren’t fazed by the fact that I wouldn’t be playing ‘the game’: the one that ultimately still sees women as princesses waiting patiently in the tower for the prince to come by. And I thought you knew it didn’t just mean that I might not have hair long enough to climb up, or even that I might be so bold as to ask to be climbed – it means abandoning the confine that has me in the bloody tower at all.

That was why I was so surprised by the reason you gave for not wanting to carry on with me: “You like me more than I like you. I don’t think that’s good.”

You are the third male to say that exact sentence to me in a year. Do you really think that in every one of those instances I have been so way off the mark that the relationship had to end before it toppled over with the imbalance (presumably under the weight of all the wedding magazines I had mistakenly stocked up on)? Or could it have been that these men were so unused to hearing a female voice openly how she feels and what she needs that they over-inflated my sentiments in their minds? 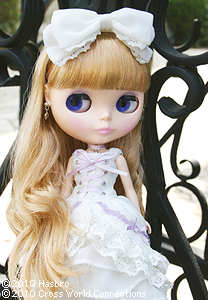 Growing up I was taught that women must “play hard to get”: pressured into hiding feelings alluringly behind a fan, only revealing enough of them to keep an admirer’s interest piqued. From a young age I learnt that to attract men women must learn to run prey-like, wriggling slightly when they are hooked to show that once secured they’ll sit nicely and won’t be too much trouble. It is incredible that, even at the altar, tradition dictates that brides must be coquettish, arriving late in feign disinterest – God forbid they look to eager to marry their betrothed.

Why do you think it is that women who date men are so rarely the ones who message first? Perhaps it is because they have grown up knowing the shame of how undesirable they will be if they actively imply that they are interested in someone. “Needy”, “clingy”, “high maintenance” – all these words echo after us down the school corridors, preventing women from daring to ask for what we want in our relationships, and keeping the power to achieve satisfaction firmly in the hands of the male. If indeed they can find any pleasure in a game that equally robs the men involved: depriving them of the simple comfort of feeling secure in someone’s affection, and turning honest and happy female endearment into something dirty before they can even enjoy the compliment. Meanwhile, women who aren’t just unwilling but also unable to comply with this bizarre social etiquette are written out. Female sexualities that do not exclusively involve men are recast as simply playing the ultimate form of hard to get – temporarily fulfilling the fantasies of heterosexual men then returning to their arms when they have had enough. I will not document here the horrific hate crimes that far too often face those women who persist in rejecting male suitors.

But I’ll give you the benefit of the doubt for a moment. Maybe I am just incredibly loving and I liked every one of those men more than they liked me.

So what? It’s the twenty-first century. Women can out-perform men in exams, they can out-earn them, they can out-live them. And they can bloody well out-love them if they want to as well. For too long we have been told that a man longing hopelessly after a woman is romantic, but in a woman the same behaviour is a pathetic. For once, let us have our chance on the other side. Rejection can be painful, but not as excruciating as having to sit passively until someone finally comes along who isn’t worth rejecting.

So next time you click on someone’s profile and see the word “feminist”, please remember that along with the sex and the politics chat will be someone who might – quelle horreur – be brave enough to shake off centuries of patriarchal trappings and pay you the compliment of saying – honestly, boldly and without expectation – that they like you. Instead of flinching, I think next time you should realise how lucky that makes you.

In the meantime, I think my dating profile could do with a few tweaks.

Clare Lorraine Phipps is a disabled, polyamorous feminist activist and editor of the London Green Party website. She is researching gender and health as part of a PhD.