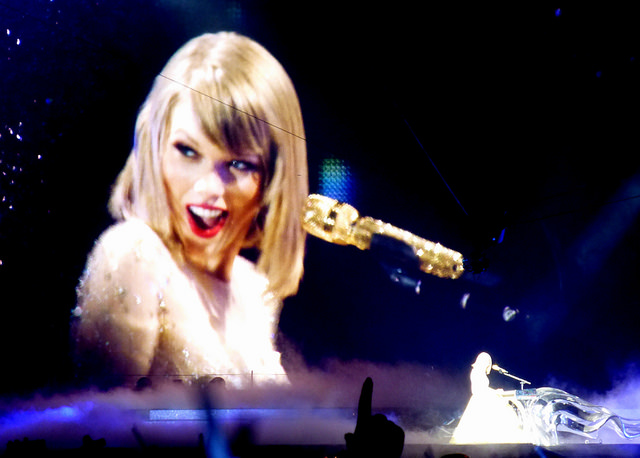 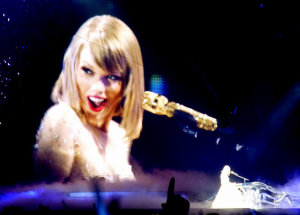 It’s time for another round-up and there are plenty of links this week, covering everything from feminine hygiene products to Ryan Adams mansplaining Taylor Swift!

From the article: “Shadi Petosky, a transgender woman, was detained unexpectedly at the Orlando airport on Monday after the TSA allegedly decided that her genitalia didn’t match up to their (mis)perceptions about gender.”

From the article: “As a ravenous television-consuming preteen and adolescent, I watched TV for the sluts … Since I only understood sex in a conceptual sense, I deferred to characters like Blanche Devereaux and Elaine Benes as beacons of feminine wisdom. I studied the wayward women of the small screen to glean an insight into human sexuality.”

SASS: I think you’re meant to fuck up your cunt with it (Stavvers)

From the article: “It’s 2015, and I am fucking tired as shit of two things:
1. Products which are designed to make your nethers less gross
2. Twee fucking euphemisms while marketing such things”

Note: You can read Jade Moulds’s post about SASS products on the F-Word HERE.

The mother of all questions (Rebecca Solnit for Harper’s Magazine)

From the article: “I gave a talk on Virginia Woolf a few years ago. During the question-and-answer period that followed it, the subject that seemed to most interest a number of people was whether Woolf should have had children.[…] What I should have said to that crowd was that our interrogation of Woolf’s reproductive status was a soporific and pointless detour from the magnificent questions her work poses. (I think at some point I said, “Fuck this shit,” which carried the same general message and moved everyone on from the discussion.) After all, many people have children; only one made To the Lighthouse and The Waves, and we were discussing Woolf because of the books, not the babies.”

From the article: “For centuries, there was a quota for the representation of men in politics. It was 100 per cent”

Shout Your Abortion (Left at the Lights)

From the article: “Following the campaign to defund Planned Parenthood services in America (state funded), abortion activists took to Twitter with the hashtag #ShoutYourAbortion to counter the arguments made by zealous anti choicers.”

No longer niche: how LGBTI film festivals came of age (The Conversation)

From the article: “The first Scottish Queer International Film Festival (SQIFF) kicks off on the evening of Thursday September 24 with the UK premiere of Dyke Hard. It is a Swedish musical-action-horror-sci-fi-comedy about a failed lesbian rock group hoping that a battle of the bands contest will set them on the road to success. Followed by a Q&A with director Bitte Anderson, it will raise the curtain on a four-day festival in Glasgow that includes more than 30 features, documentaries, shorts, workshops and, of course, parties.”

The History of Female Anger (Broadly)

From the article: “From Virginia Woolf’s refined rage to the rise of uber-positive ‘girl squad’ culture, women’s anger has been a powerful, destabilizing, and often misunderstood force”

From the article: “Despite good intentions, Ryan Adams’s 1989 has enabled dozens of music journalists to mansplain Taylor Swift’s own album to her.”

9 to 5-Inspired Thinkpieces (The Toast)

From the article: “Six weeks after she was publicly criticised by Chelsea manager José Mourinho, Dr Eva Carneiro has left the club she’s worked at for six years. Shame on the Blues boss, says Standard Issue sports correspondent Jen Offord, it’s a dark day for the beautiful game.”

Sexual consent is simple. We should all be clear what constitutes rape (The Guardian CiF)

From the article: “A new CPS campaign focuses on cases where two adults know each other, and attempts to debunk some of the myths around sex offences. Join the debate at #ConsentIs …”

‘Is it a man or a woman? Transitioning and the cis gaze’ (Ray Filar, Verso Books)

From the article: “‘Pre-op’. ‘Post-op’. ‘No-op’. Not until recently did anybody question why trans people should be defined exclusively by whether or not they’d had genital surgery. Though gender variance has existed in most cultures throughout time, trans people today – particularly women – are still forced to situate themselves in relation to the idea of the medicalised ‘sex change’. Have you had the op? Are you planning to? Are you taking testosterone? How far will you go?”

Some people sadly missed the point about #MasculinitySoFragile (Mashable UK)

From the article: “Intersectionality is an analytic sensibility, a way of thinking about identity and its relationship to power. Originally articulated on behalf of black women, the term brought to light the invisibility of many constituents within groups that claim them as members, but often fail to represent them.”

Sumption encapsulates the law’s sexism: only quotas can challenge male privilege (The Guardian)

From the article: “Institutional sexism in the legal profession is under scrutiny again following remarks about gender equality in the judiciary by one of the country’s most senior judges. Jonathan Sumption’s views exemplify perfectly what is wrong with the way women in the legal profession are viewed by those in the highest echelons of power.”

A female Dalai Lama ‘must be very attractive, otherwise not much use,’ Dalai Lama says (SBS)

From the article: “This week Ella discovers that coping means strength, bravery and looking after yourself”

From the article: “By most accounts, Viola Davis’ speech at the Emmys was an instant classic. She directly addressed the lack of diversity on television, saying, ‘The only thing that separates women of color from anyone else is opportunity.’ But Davis’ words about race made one actress feel uncomfortable … Sunday night, General Hospital actress Nancy Lee Grahn, who is white, took to Twitter and said that the Emmys were not a ‘venue [for] racial opportunity’ and that Viola Davis ‘has never been discriminated against.'”

The Ascent of Woman: we should not ghettoise women’s history (The Conversation)

From the article: “In her BBC2 series, The Ascent of Woman, Professor Amanda Foreman seeks to rescue women from such obscurity, not only in European culture but throughout global history. Over four hour-long programmes, Foreman explores the place of women in societies ranging from the nomads of the Steppes through the empires of the Far and Middle East to the revolutions of Europe.”

The photo is used under a creative commons license with thanks to GabboT on Flickr. It shows Taylor Swift in mid-performance. Her image appears on a big screen, but you can also make out her figure onstage, sat at a piano. Her blonde hair hangs loose and she appears to be wearing a white dress. She is wearing red lipstick and her mouth is open in a playful expression.