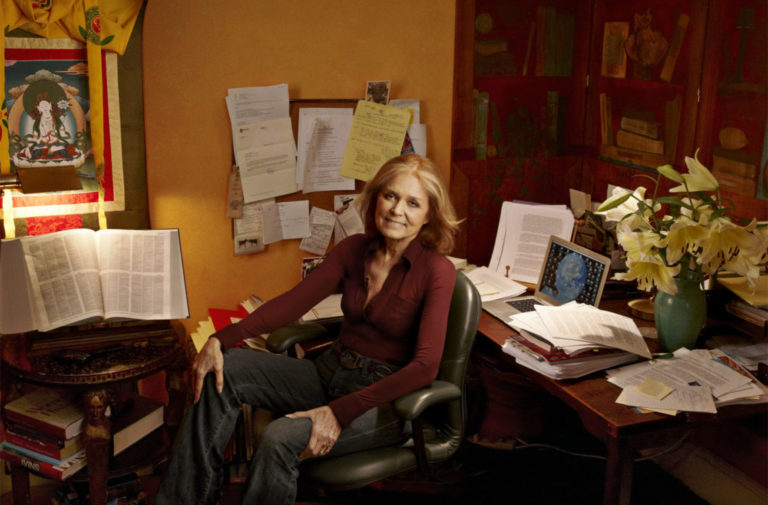 My Life on the Road is a new book written by Gloria Steinem, the American second wave feminist, writer, lecturer and political activist. The book is principally a memoir made up of stories and recollections of Steinem’s travelling throughout her life. My Life on the Road is loosely chronological but is not aiming to be a full autobiography of Steinem’s life; instead the writings are grouped thematically and cover a huge range of subjects, including the Depression, US Presidential races, Steinem’s period in India in the 1950s and also her time spent with Native American communities.

The first thing to note is that Steinem is an excellent writer. Each sentence is beautifully constructed and she is able to put over complicated ideas in a straightforward way. The book is a joy to read. This is one of my favourite quotes, which I think offers a beautiful description of a phenomenon that happens to me and, I suspect, many other women:

I myself cried when I got angry, then became unable to explain why I was angry in the first place. Later I would discover this was endemic among female human beings. Anger is supposed to be ‘unfeminine’ so we suppress it – until it overflows. 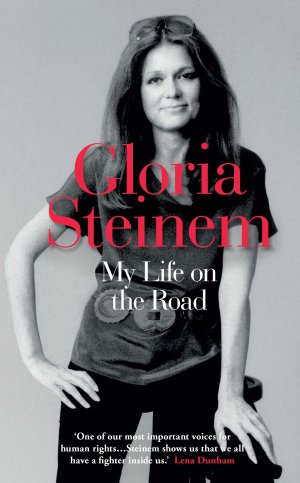 The book is very well constructed. Gathering up such a disparate group of stories into a whole is not an easy thing to do, but Steinem and her editors have done an excellent job. The whole thing hangs together with each chapter making sense on its own and as part of the entire book. I can imagine picking it up in the future and reading sections at random and that also being a satisfying way to read it.

Steinem is in her 80s now, so she has a lot of experience and a number of historical events to reflect on as a feminist. This means that as well as covering a number of subjects, Steinem is able to take an overview of the whole and spot parallels and links. Her description of her childhood in Michigan in the ’30s and ’40s now seems like a world away, and I suppose it is. It’s an honour to read the thoughts of someone who both protested against the Vietnam war and later supported Barack Obama.

It’s particularly good to read about all of the work that Steinem has done alongside African American and Native American women. Writing about her early experience as a terrified public speaker working with Dorothy Pitman, who she describes as “a pioneer of nonsexist, multiracial child care in New York”, she writes this:

Right away we discovered that a white woman and a black woman speaking together attracted far more diverse audiences than either one of us would have done on our own.

This illustrates clearly Steinem’s argument in a later chapter, when she says, “sexism and racism were linked, not ranked … the caste systems of sex and race could only be uprooted together”, evidently asserting that intersecting oppressions need to be tackled together.

Steinem spends the longest chapter in the book describing the work she has done within US politics. Much of this is fascinating, but as a non-US citizen some of it goes over my head and I find myself having to look up which politicians were Democrats and which Republicans. The book is very much written with an American reader in mind; Steinem writes: “My purpose here is to tempt you to explore this country. American travel seems to need an advocate,” which can be a little alienating at times as a foreigner.

Within this one chapter, ‘When the Political is Personal’, the breadth of the book is apparent. Steinem writes about working in the ‘Stevenson for president’ political campaign office in the ‘50s and says:

What we didn’t talk about were the male staffers who rated our looks, brushed against us in close quarters, and became hazards to be navigated. Our presence was the problem; their behavior was inevitable. Avoiding them while keeping their egos intact was just part of our job.

The change from this sidelining of women in campaign offices in the ‘50s to Hillary Clinton’s run for president in 2008 is clear. But despite Clinton’s success in reaching this point in her career, Steinem points out that Clinton still had to put up with endless commentary on her looks and frequent comments that she was only in the running because of who her husband was, despite the fact that very many male political candidates gain experience from their family members too.

Steinem doesn’t take the easy way out in her book by describing this incident in terms of how she was misquoted, how people she had previously trusted took against her or by painting herself as the victim

The ‘When the Political is Personal’ chapter illustrates another aspect of Steinem’s work that I appreciate: her ability to listen and self-reflect. During the contest between Obama and Clinton to be the Democrat candidate for the presidency, Steinem wrote a piece in The New York Times, which was taken by some critics to mean that she ranked sexual discrimination over racial discrimination. You can read some valid criticism of Steinem’s article by people of colour here and here.

Steinem doesn’t take the easy way out in her book by describing this incident in terms of how she was misquoted, how people she had previously trusted took against her or by painting herself as the victim. Instead she admits her part in allowing the misunderstanding to occur and, with her experience of politics and journalism, it is fair to say she should. She also lists what she learnt and how she moved forward:

I also thought suddenly of the wisdom of my speaking partner, the late generous, outrageous, matchless Flo Kennedy. She found value in conflict, no matter what. “The purpose of ass-kicking is not that your ass gets kicked at the right time or for the right reason,” she often explained. “It’s to keep your ass sensitive.”

Remembering her words made me laugh out loud.

In terms of possible criticisms of Steinem, one could question whether wearing a sari in India, as mentioned in chapter II ‘Talking Circles”, is cultural appropriation or point out that wheelchair access and sign language interpretation, as mentioned in the Gallaudet University section in chapter IV ‘One Big Campus’, are just two aspects of making an event accessible, not the whole answer. The fact Steinem doesn’t take the easy way out in relation to the aforementioned criticisms regarding the Clinton campaign makes me suspect she would take such criticisms in her stride and address them or elaborate further where appropriate, as she did with the New York Times article. 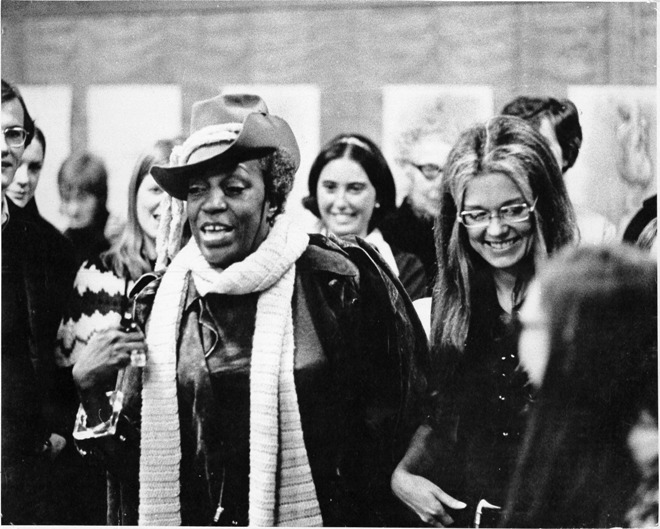 Lastly, there’s a strong theme of laughter running all through My Life on the Road, with every chapter containing a joke that another campaigner or associate told at a particular point. Indeed, Steinem notes that humour is often a survival tactic. The following is from Steinem’s early days of public speaking:

I also learned from my speaking partners. When we were in the South especially, some man in the audience might assume that a black woman and a white woman traveling together must be lesbians. Florynce Kennedy modelled the perfect response: “Are you my alternative?”

Taken as a whole, My Life on the Road is an excellent book. It manages to give an insight into the second half of the 20th century and early years of the 21st centenary, an understanding of how oppressions can be verbalised and overcome and also moves the reader emotionally, all at the same time. It’s a book worth reading and savouring, not only to see how far we still have to go, but just how far we’ve come.

My Life on the Road is published on Thursday, 29 October by Oneworld Publications.

Image 1 is a colour photograph of Gloria Steinem by Annie Leibovitz. Steinem is a smiling older white woman, at her desk surrounded by papers and books.

Image 2 is the front cover of the book. It is a black and white photograph of Gloria Steinem with her name and the name of the book superimposed in red and white text.

Image 3 is a black and white photograph of Steinem with her speaking partner Florynce Kennedy on campus in the 1970s. The image is courtesy of Gloria Steinem/Ray Bald. Kennedy is on the left of the photo, she is a black woman in a hat and scarf and is speaking. Steinem is standing on the right looking down and smiling. They are surrounded by students.

All images used with permission.