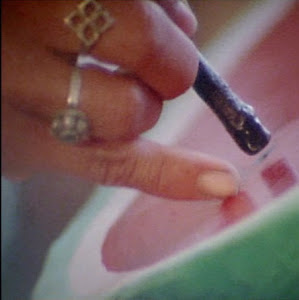 When I found out that the Tate Modern was doing a retrospective of the pioneering filmmaker Chick Strand this month, I jumped up and down. 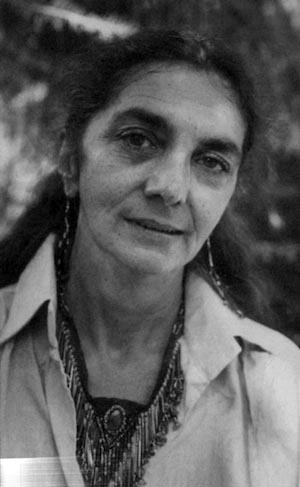 Chances to see the work of this filmmaker from LA are exceedingly rare in the UK, and I only came across her work in the experimental strand of a the 2011 London Film Festival. Indeed, I had tried to show her films as part of Club des Femmes, a queer feminist film curating collective I co-founded, but not managed it. I found out from Mark Webber, the festival’s experimental film curator at the time, that they were unavailable in the UK and brought over from LA for his programme.

The arrival of her films, many of them newly restored, at Tate Modern next weekend is a cause of celebration, a feminist film happening: I am hoping that Londoners will jump at the chance to watch Strand’s tremendous body of work.

Similar to the Barbara Hammer retrospective in 2012 and recent LA Rebellion season, where the rarely screened films of Julie Dash were shown, Tate Modern’s film curators are doing an excellent job of bringing an awesome range of independent, experimental, women’s, feminist, lesbian and women of colour’s cinema to London. Their adventurous curating work reminds us of the long history of marginalisation of international experimental women’s cinema and how rare and vital it is that institutions like Tate Modern continue support feminist film practice, politics and ideas.

She’d never self-censor and if opportunity arose she’d embrace it, she was fearless and inspirational in that way

I caught up with the season’s curator George Clark and asked him for his highlights and whether Strand would have called herself a feminist filmmaker.

From our own curating work at Club des Femmes, we have found that audiences have an appetite for second wave radical feminist art, politics and activism. Why did Tate Modern decide to host a Chick Strand retrospective?
Well, there were many reasons but primarily because she is a great artist. We are also very fortunate to be able to present many new restorations of her work that have just been completed by the Academy Film Archive in Los Angeles. We’ll be showing many of the restorations for the first time in Europe so the work will look amazing, so it’s a great time to celebrate her. It’s interesting that the series is coming on the back of a strong period in the exhibition programme at Tate Modern where we’ve had back-to-back shows of female artists this year, from Sonia Delaunay to Agnes Martin, and next year will be big shows with Mona Hatoum and Georgia O’Keeffe.

It’s essential that museums reflect on key female artists but it’s also important to research and present figures who may have been overlooked. Although Strand is one of the pioneering filmmakers from the Bay Area, her work for various reasons is not as well known or written about as of her contemporaries, in some ways the very thing that makes her work so rich and exciting, its connections between experimental film and ethnography, between feminism and psychedelia, has lead to it being left out of simple categories and simple histories. For us the essential figures like Strand are people who can transcend classifications and help us understand how artists work now and how history of art needs to be rewritten. 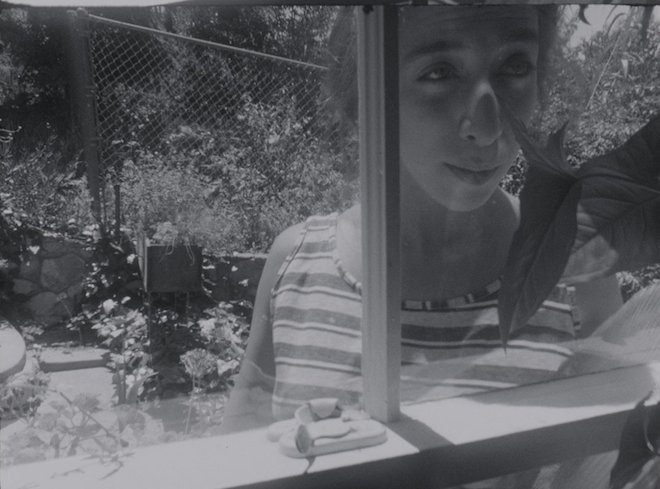 What are the highlights for you in this retrospective?
I’m especially looking forward to seeing the new restoration of Soft Fiction (1979), it’s an amazing film so can’t wait to see that projected. Also really happy to have great panel with Jemma Desai, Kathryn Elkin, Sophie Mayer and Rehana Zaman who will reflect on and unpack the layers of the film now and how it relates to histories of feminism, notions of subjectivity and collective experience. But Strand always paid attention to details, so some of the best films are mesmerising discrete works. A personal favorite is her totally hypnotic film Artificial Paradise (1986). About her ethnographic film Mosori Monika (1970) made in Venezuela, Strand said: “It’s about three women, me, the nun, and the old Indian woman”, and so laid the foundation for her distinct approach to personal ethnography that admitted her presence and relationship with the people she filmed.

Strand originally studied anthropology at Berkeley in the 1960s, why did she turn to filmmaking at the age of 34?
She had been very involved in film while in San Francisco, she co-founded Canyon Cinema with Bruce Baillie, the legendary Bay Area screening and distribution collective that is still going today, and made films there such as the totally joyful Angel Blue Sweet Wings (1967). But I think she was always open to new experiences and so in her mid-30s she decided on a change and so moved to Los Angles and threw herself into her film work. She was a single mother but had opportunity to study at UCLA, which changed her life. That’s where she met many filmmakers, from Pat O’Neill to Penelope Spheeris and had an amazing impact on them and others, as O’Neill said of her arrival at UCLA: “She seemed to bring with her a little breeze of freedom, possibility, and gentle rebellion.”

What would you say is Strand’s signature style?
Strand’s work can be talked about in terms of her amazing use of the camera and zoom lens to pick up details and textures, her incredible associative editing and the remarkable intimacy she creates with the people she films. But there is more to her than this. I lived in Los Angeles for a few years a while ago and when I arrived, my friend the artist Laida Lertxundi helped me to get settled and told me that one of the keys to understanding California and its openness was the phrase “why the fuck not”. This attitude can be found in Strand’s work and her approach to life, she was determined and invested in making things, she let other people figure out what they meant. She’d never self-censor and if opportunity arose she’d embrace it, she was fearless and inspirational in that way so I think that’s what determines her style.

Her masterpiece Soft Fiction was controversial at the time for its radical exploration of female sexuality and trauma. How did Strand deal with the controversy?
Strand was a fiercely independent filmmaker so didn’t worry too much about what other people thought, it’s one of the things that makes her work so strong. In many ways I think she was a little surprised by some of the responses to Soft Fiction and in particular people getting flustered about its sexual content. She felt people were being disingenuous to not admit to these feelings and how desire informs who we are. In part it tells you something of the distance she kept from academic feminism. She was always suspicious of rules and rejected the label of being a feminist filmmaker as she saw it as being too restrictive and in some ways this was reinforced by the more dogmatic responses to the film.

Maybe it was too early to deal so openly with desire, with its contradictions and power dynamics, and to challenge social norms. But she was a very intuitive filmmaker and made things about what she felt and experienced, Soft Fiction expanded this to take on the experiences of other women she knew. So then to have people say “you can’t say that” or “you can’t talk about desire in this way” was the total opposite of her mentality and approach to the film, that was about creating a free and non-judgmental space. She talks about the film as about women who win, who take control of their experiences and not about “victims” or “survivors”. She refused to see women in those terms and as such it’s a film about freedom and self-definition. 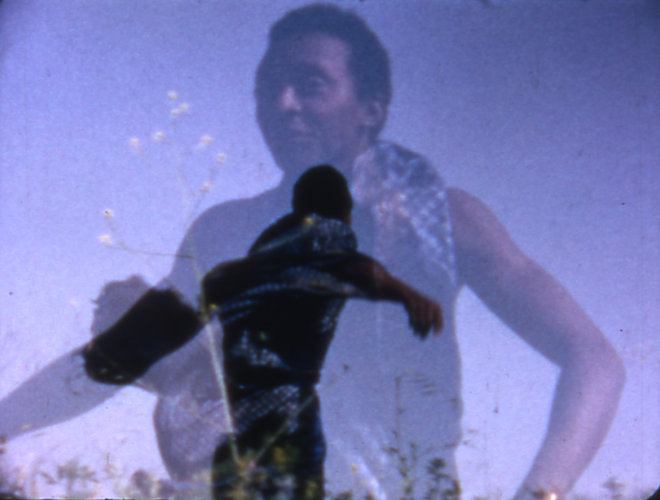 Would you say that Strand’s films speak predominantly to a female audience? Was she active in the second wave feminist movement in LA?
I think in some ways her work really started to be recognised and celebrated towards the end of her career. People have had to work to find her, but I think they have been massively rewarded and her work really resonates with so many people now. Her blend of different styles, from psychedelia to ethnography, feels very contemporary and many young artists have found her work a total revelation. It was this ambiguity that meant her work was sometimes misunderstood historically, when people wanted things to be clearly experimental and were worried when things blurred the lines. As such her work, although highly influential, is not as well known or written about as her contemporaries’, but I think more and more she is seen as a key model to understanding filmmaking of this period and also ways of people working now.

Chick was active and well connected in Los Angeles. One of the women in Soft Fiction, Johanna Demetrakis, made a great documentary on Womanhouse, the project by Judy Chicago and Miriam Schapiro in Los Angeles in 1972. So Strand knew that world and was friends with many people involved. But she was against categories and restrictions and in the interviews she always resisted being pigeonholed. She wanted to make her work. However, she was undoubtedly influenced and deeply engaged with issues related to the feminist movement, but rather doing things than talking about them. As a mother who moved Los Angeles in mid-30s to focus on making her films in a male-dominated context, she was an inspirational figure to many contemporaries and very influential teacher for many years.

Images courtesy of Tate Modern. First picture is a portrait of Chick Strand by Neon Park (1986). Second picture is a black and white still from SOFT FICTION, it shows a woman peeping through the window into the building from the outside. Third picture is a colour still from ANGEL BLUE SWEET WINGS (1967).