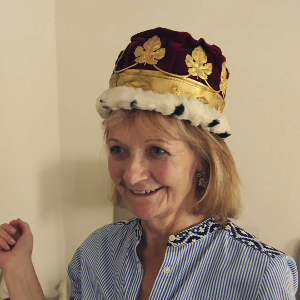 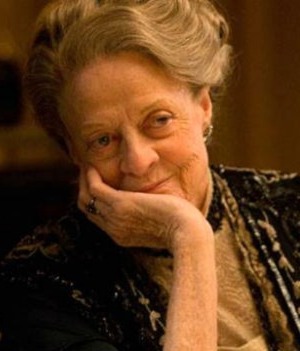 Downton Abbey recently saw the Earl of Grantham (Hugh Bonneville) powerless to stop his outspoken eldest daughter Lady Mary, now joint agent of the family estate, and his wife Cora, an American heiress whose dowry saved Downton from ruin years earlier, opening up his home to the public to raise funds.

Compare this to the documentary The Last Dukes, which was shown the following evening on BBC2, and it seems women don’t only run the show at the fictional Downton; the real Blenheim Palace in Oxfordshire was saved by its own Lady Cora, when the 9th Duke of Marlborough married the American heiress Consuelo Vanderbilt in 1895, whereas Blair Castle in Scotland was saved by Lady Cowdray gifting a substantial amount of her money to her granddaughter Angela, whose son Iain became the 10th Duke of Atholl in 1957.

Iain left no heirs, resulting in the Dukedom being split between his half-sister Sarah Troughton, who got the castle and the land, and a distant cousin, Bruce Murray, who got the title. Sarah now runs the estate year round with great success. Meanwhile, Bruce, who lives in South Africa, visits once a year to take part in the chivalric ritual of overseeing his own private army. Both Sarah and Bruce are happy with the arrangement, with Bruce unable to imagine running such a complex establishment and Sarah unable to imagine being a Duchess: “I prefer to get on with the business side of things.”

Could it be that women are better than men at the ‘business side of things’? Are the Dukes only able to don their coronets because their wives have got their thinking caps on? Within the class hierarchy of the UK, a Duke is the highest position a subject can achieve, with only royalty above him. The privilege of a Dukedom can only be bestowed by the monarch, with the last non-royal Duke created way back in the reign of Queen Victoria.

The reluctance of recent monarchs to create Dukes, along with the fact that Dukedoms can only be passed down the male line, is putting this symbol of the chivalric code in danger of becoming extinct. It is the patriarchal nature of this custom that is destroying it and I would argue patriarchy itself needs to be destroyed so that some of our customs can live on in a way that fits with today’s culture.

The Last Dukes shows how the Dukedom of Leeds has not survived to see the 21st Century, as Lady Camilla Osbourne was the only child of the 11th Duke of Leeds, and consequently there were no male heirs to carry on the title. Camilla tells director, Michael Waldman, rather matter-of-factly, “If I’d been born a boy I would have been my father’s heir and 12th Duke of Leeds,” taking off the coronet she adds, “But I wasn’t.”

Just as Dukedoms have dwindled in number over the years, stately homes have suffered a similar fate. During the 1950s and 1960s, in particular, many country houses were destroyed. Giles Worsley looked at the factors affecting the demise of the country house, noting that although death duties and the two world wars were intrinsic in making the cost of sustaining such houses almost impossible, the loss of power and political influence associated with the stately house also contributed to their downfall. These emblems of aristocratic pride have become wonders of a past time, no longer as influential in society as they were, just as Dukedoms have become less instrumental in the political sphere, the aristocracy proving rather more humorous than effective in the modern world.

Similar to how Bruce, the current Duke of Atholl, enjoys his title without the onerous trappings of managing the ancestral seat, Worsley notes how the 11th Duke of Leeds preferred life on the French Riviera, free from responsibility and therefore in 1930 sold Hornby Castle in Yorkshire, which was later demolished. However, Sarah Troughton appears to relish the responsibility that comes with overseeing the Atholl estate and Lady Camilla Osbourne recognises that the family home, the demolished Hornby Castle, even with all its responsibility, would have given her father a much happier life, providing him with a purpose. Could it be that women are more attached to the home that comes with the Dukedom and the men to the title itself? After all, a woman’s place is apparently in the home. Surely, then, we should at least give women the right to make sure that home can survive?

Women have not only provided money to save country estates and the male-centred tradition they support, but have also generated money to pay for the upkeep of these country piles. The Last Dukes is definitely not oblivious to the importance of women in sustaining the custom of Dukedom, with one section titled ‘The Determined Duchess’. In this segment, we hear from The Duchess of Rutland, who runs the ancestral seat, Belvoir Castle, as a business. Given a tin of keys for the Castle by her mother-in-law, along with an ominous good luck wish, the Duchess set about commercialising the castle to provide a sufficient income to maintain it. Now estranged from her husband, the Duchess lives in one tower of the castle while the Duke inhabits the other.

There’s no Rapunzel at Belvoir though; the Duchess, with her perfectly coiffed hair and wedged espadrilles needs no man to rescue her. As Chief Executive, she has a savvy business brain and markets her home primarily to the Asian Wedding scene – a rich pool in the Midlands where Belvoir sits. We hear how she negotiated with the government over inheritance tax so she could reduce the number of days Belvoir opens to the public and focus on weddings and elaborate shooting parties.

We see the Duchess visiting two of her employees on the estate and hear how, in order to make the estate more financially sustainable, she restructured the workforce, making many employees redundant. Although the farmer praises the Duchess’ actions, seeing them as necessary for the improvement in the efficiency of the estate, the nervous laughter by both parties proves slightly uncomfortable to watch.

Unlike Lady Mary in Downton Abbey – who found herself warming to Barrow, the under-butler facing the chop, as he piggy-backed her son George along the gallery – the Duchess of Rutland seems less sympathetic. Indeed, I found myself wondering how many of her servants ended their last day as Barrow ended his at Downton – crying into the fire. We do see a different side to the Duchess when she talks of how she felt pressurised by the patriarchal dukedom system to produce a male heir, but this clearly turned out to be a temporary concern for her because, after three daughters, she had two boys (well one always needs an heir and a spare).

Not all the Dukes in the programme live in such grand establishments as Belvoir, however. The Duke of St. Albans’ ancestral seat, Bestwood Lodge, is now a Best Western hotel (the idea of charging the public to see inside a stately home perhaps taken to the extreme). The current Duke, now living in a terraced house in London, still displays characteristics of a country squire; he’s disgruntled by the fact his ancient title of Hereditary Grand Falconer no longer gets him his haunch of venison from Richmond Park every year, after the Labour government under Blair did away with the privilege to save money. There might not be a country home to sustain here but the Duchess of St. Albans, once again, stands out as the stronger character of the two. She barely lets the Duke get a word in edgeways and as she presents his ceremonial robes to the camera there is an impression that, although he gets to wear these vestments of power on state occasions, he never gets to ‘wear the trousers’ at home.

Although you’ve probably heard of the current Duke of Marlborough due to his list of criminal convictions – which are even longer than the list of titles his fellow Duke of Atholl has trouble remembering – I doubt you’ve heard much of his sister Lady Henrietta Spencer-Churchill. She is acutely aware of the instability of the country house and recognises that the ability to capitalise on the public’s fascination with such majestic buildings is necessary to sustain the life she and her sibling currently enjoy. This understanding of, and interest in, her ancestral seat comes as no surprise. After all, she descends from the first Duchess of Marlborough, Sarah Churchill, who famously had a disagreement with the architect John Vanbrugh about the design of the building of Blenheim during the early years of the 18th Century. Churchill had no qualms standing up to her husband’s architect, revealing “I made Mr. Vanbrugh my enemy by the constant disputes I had with him to prevent his extravagance.” As Lady Henrietta confidently glides through the private apartments of Blenheim in the documentary, I almost expect her to break into song:

Now there was a time when they used to say, That behind every great man there had to be a great woman. But in these times of change, you know that it’s no longer true ….

Because, it seems, sisters are doing it for themselves, and wives, come to think of it.

Blenheim Palace welcomes around 700,000 visitors a year and Downton Abbey reaches an audience of over seven million – nine million at its peak – perhaps indicating the fascination many people have with seeing how the rich live or used to live. I suggest we need to look at the country house in a way that challenges the patriarchal rituals restricting women’s influence in the management and ownership of ancestral seats. If women were able to inherit the title of Duchess, rather than only being able to achieve this status through marriage – as a consequence of connection to a man – there would be a greater opportunity for women to play a more decisive role in the fate of country houses. Would the Duchess of Rutland be managing Belvoir Castle if her husband didn’t still live in one of the towers? Is his presence at the Castle needed to condone his wife’s management of the building?

Although one gets the impression the ‘Determined Duchess’ would not let go of the castle easily if the situation with her husband changed, just as Lady Anne Clifford fought for her rightful inheritance in the 17th Century; after years of struggle in a patriarchal society, Anne’s perseverance paid off and she became the owner of the family estates in Yorkshire. She then remodelled many of the castles, such as Skipton, Brough and Brougham, conserving them for future generations.

Perhaps we should acknowledge that women could be the key in sustaining these beautiful mementoes to the past and remember that, unlike the Duchess of Rutland at Belvoir Castle, we don’t have a whole load of keys to choose from.

The last episode of Downton Abbey will be screened on Sunday (8 November) on ITV1, with catch-up available on ITV Player. The Last Dukes is on BBC iPlayer until 26 November.

1. Head and shoulders shot of Dame Maggie Smith as the Dowager Countess in Downton Abbey. Her right hand is under her chin and she has a fond expression that suggests she may be listening to a story from a dear friend or family member. From the ITV website. Credit: ITV/Downton Abbey.