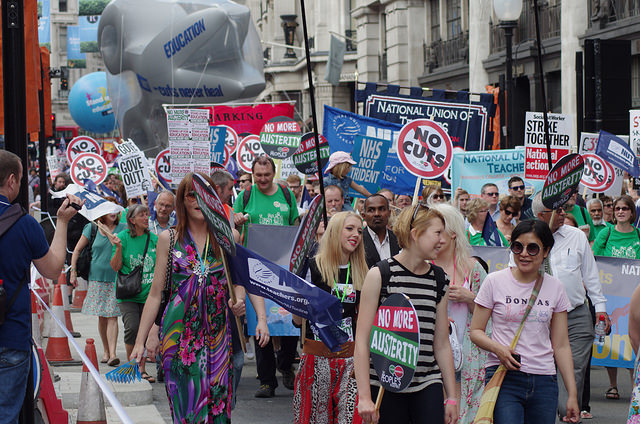 Understanding motherhood in a time of austerity 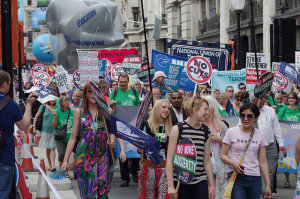 As a working mother of two children, I am concerned by how motherhood has become public property. Society creates ideas of “good” and “bad” mothers, which are used to evaluate our performance as mothers. This is also shown by the way in which we evaluate celebrity mothers in the media. British princess Kate Middleton, American reality TV star Kim Kardashian and American singer Beyoncé are three examples of how the image and expectations of motherhood are changing in the austerity era.

Feminist media studies article, Welfare Queens, Thrifty Housewives and do-it-all mums: Celebrity motherhood and the cultural politics of austerity uses celebrity motherhood as a lens to discuss how austerity and the unequal power and class relations that it produces are having a detrimental effect on women and mothers. Key to “austerity culture” is the shaming of those who are unemployed as “work shy” with a variety of poverty porn television programmes such as Benefits Street. Austerity is highly gendered. Those most hard hit by the cuts are public sector workers and those in casualised work, such as zero-hours contracts. These are disproportionately women.

Celebrity mothers occupy a radically different universe to ordinary mothers feeling the brunt of austerity cuts. Yet there are links, as the above article shows through the discussion of three celebrity case studies of Kate Middleton, Kim Kardashian and Beyoncé, who were all either pregnant or new mothers when the research was carried out in 2013.

Each of these three celebrity mothers is represented in the media as a particular “figure of austerity”: Middleton is the thrifty happy housewife, Kardashian the “benefits mum” and Beyoncé the do-it-all working mum. These figures of austerity are associated with classed, gendered and racialised characteristics. Some of these attributes are considered desirable; others less so.

Celebration of the domestic has again become a benchmark of successful femininity, with home-making and childcare coded as sources of happiness and moral worth

The Royal Wedding in 2011 followed by the Golden Jubilee in 2012 reignited celebrity culture’s interest in the Royal Family. This has led to Kate Middleton becoming subject to an extraordinary level of pressure as a “national symbol” of the cheerful, practical stay-at-home mum.

Kate Middleton is the ultimate respectable maternal body. She combines “yummy mummy” and happy, thrifty, home-front housewife. She figures as a vital response to austerity; her thriftiness is a solution to families’ and the nation’s waste and over-spending, which is what we have been led to believe brought the need for austerity in the first place. Despite the Royal Family’s wealth, Middleton’s modest choices of high street brands and inexpensive baby brands such as Mothercare make her appeal greater. And when the media talk about Middleton’s “ordinary roots”, they emphasise her commitment to hard work.

Middleton, speaking in her first televised public appearance in 2010, said: “I’ve been working very hard for the family business, and sometimes those days are long days and you know … I think everyone who I work with can see I am there pulling my weight and that’s really what matters to me”. Becoming a Royal is constituted as a job that demands hard work, a public duty carrying a responsibility to make a difference. She defuses any resentment towards the wealth of the Royals, reinforcing austerity’s “we’re all in it together” myth.

Equally on the rise is the “domestic goddess” image that Middleton portrays. Celebration of the domestic has again become a benchmark of successful femininity, with home-making and childcare coded as sources of happiness and moral worth. What this has also done is taken femininity and women back into the space of the home. As many feminists have argued, we need to claim public space for women and to challenge the normalisation of the middle-class, heterosexual family unit in response to such stereotyping. 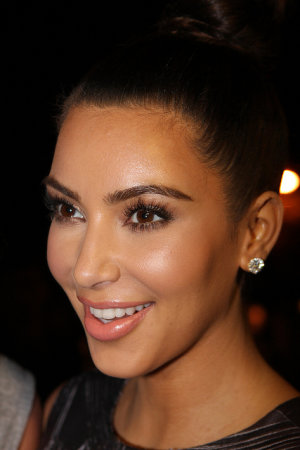 During her first pregnancy, Kim Kardashian was subject to immense judgement in the press. Unlike wholesome Middleton, Kardashian was the type of expectant mother you avoided in the street. Kardashian lacks any humble beginnings, being the daughter of a wealthy lawyer. She is associated with reality television and a scandalous sex tape. She is racially located outside of white ideals and is subjected to moral judgement. Three key themes characterise her maternity and position her as a figure of undesirable motherhood: criticism of her lack of hard work and excessive spending; a scrutiny of her unruly pregnant body; and judgement of her sexual conduct. She is ultimately constructed as the “wrong kind” of mother; one who fails to earn an honest living. One Twitter user put it like this: “You know Kim Kardashian is bad when you miss Paris Hilton”.

She is constantly portrayed not only as a bad role model by the media but by politicians and education professionals as being typical of our “something for nothing” culture. She also comes under scrutiny for her excessive spending and overconsumption and has been portrayed in a somewhat vulgar and even immoral light. Kim Allen says: “She is constituted as parasitic, feeding off the celebrity (rather than the welfare) system and illegitimately spending money that has not been earned the ‘right’ way. Metaphorically she has become a symbol for austerity’s benefits mum”.

As well as her behaviour, Kardashian’s pregnant body was also the subject of close scrutiny and became public property (this was also the case during her second pregnancy). The fake tan, tight clothes, multiple sexual partners and having her first child outside of wedlock resonate with cultural representations of so-called “vulgar” working-class women. We are constantly bombarded by images in the media of this “benefits mum” type, which has intensified under austerity and given opportunities to reinforce classed and racialised images of “bad mothers” positioned against “respectable” white middle-class maternity.

The judgement dished out to Kardashian against Middleton reinforces social divisions in the realm of celebrity, which mirrors everyday life. Ultimately, Kardashian occupies the opposite end of the spectrum when compared with Kate Middleton, both in terms of her class image and the ambiguity that surrounds her race. Also, she is unable to display any of the productivity and self-sufficiency demanded by austerity. Unlike Beyoncé …

Celebrity mothers and popular culture invite women to judge themselves against these successful role models, whilst women are ultimately disproportionately affected by austerity and the Tory government’s policies

Now, Beyoncé. Could she be the ideal mother? Is she what we all want to be; the “yummy mummy” who works and takes care of her child? Beyoncé, according to the media, is a “self-confessed workaholic”. She is able to legitimise her excessive consumption (private jets, mansions and champagne) through her association with hard work and charity. Unlike Kardashian, Beyoncé manages to combine her highly sexual image with a level of respectability. She separates her public and private image well, using the name Sasha Fierce for her stage presence to preserve the image of the “real Beyoncé”.

Beyoncé’s high-profile marriage to Jay-Z helps her to embody this ideal mother figure. Like Middleton, Beyoncé is part of the ideal heterosexual family unit. She is deemed perfect, and has a high level of desirability. However, unlike Middleton, Beyoncé has not retreated to the domestic realm, and has persevered with her career and hard work. Beyoncé’s mediated maternity is defined by a stated refusal to retreat too much, and a desire to maintain a successful career alongside a happy home. For instance, she continued to work throughout her pregnancy, which she highlighted in her Billboard music awards speech, saying: “Nobody knew I was pregnant during that performance and I’m cool with that. I’m not interested in a free ride”. Powering through work during pregnancy reinforced her hard-working image. So can we do it all, as the Beyoncé ideal suggests?

At this precise time during a period of austerity when cuts are being handed out, what does it mean to be a woman and a mother? Which ways of doing motherhood are constructed as “the best”?

The “hard-working Britain” that Prime Minister David Cameron shouts about shapes our ideals of good and bad mothers. The careful tailoring of a work-life balance is central to neoliberal austerity. As Kim Allen writes: “more than happy housewife, the ‘do it all’ working mother is perfectly in sync with austerity’s demand for self-responsible, productive maternal citizenship”. It is interesting that Beyoncé is deemed as both the ideal mother and woman, and a role model for “ordinary” mothers to aspire to. Celebrity mothers and popular culture invite women to judge themselves against these successful role models, whilst women are ultimately disproportionately affected by austerity and the Tory government’s policies.