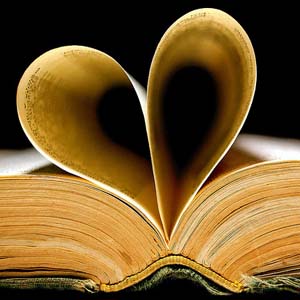 Can love conquer all – even the genre snobs? 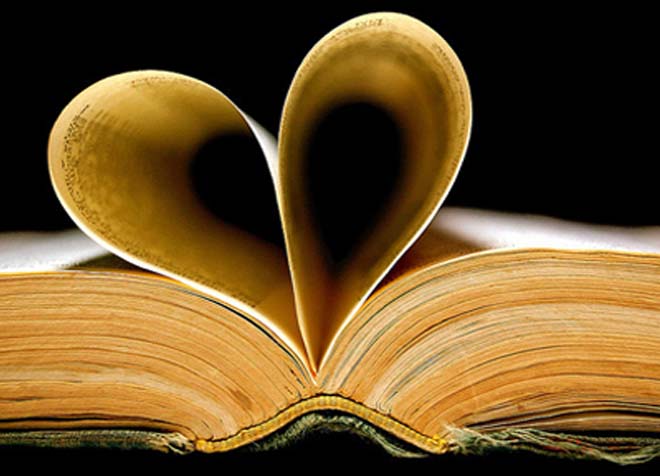 Approximately two or three times a year, I find myself eagerly checking my calendar and counting down the days until the new Nora Roberts novel is released. (September’s Devoted in Death, by Roberts’ alter ego, JD Robb, was no exception.)

My love of romance novels is a source of amusement to most of my feminist friends – a perceived guilty pleasure or incompatibility with my ideals of gender equality. The books are dismissed as the literary equivalent of Jennifer Aniston films, aimed at the apparently shallow, thoughtless masses. It is a generalisation born of ignorance, snobbery and even sexism—the assumption that a genre so primarily enjoyed by women could not possibly have intellectual merit.

A book can be categorised as a romance novel if the primary focus is romantic relationships. This is fairly broad; it would, after all, include Pride and Prejudice and Wuthering Heights. Almost 80 million people read romance novels (and that’s just in the English-speaking market) so it’s not really confusing or surprising that a genre so wide-ranging and popular would include some wonderful examples, some mediocre and some awful.

My own journey with romance novels started when I was a teenager, when Britney Spears mentioned in an interview that her favourite author was Danielle Steel. As a result, I sought out Steel’s novels and admittedly was not particularly impressed. I had trouble relating to the incredibly rich and physically flawless heroines. Along with this, I disliked Steel’s double standard regarding infidelity (one particularly humorous book featured a woman admonished for her lack of commitment to her married partner). As a teenager, I was still trying on different roles and imagining all the varied lives I could live as an adult. I was fairly sure I did not aspire to the life of a Danielle Steel heroine, waiting for my married boyfriend to leave his wife so I could begin my happily ever after. However, instead of dismissing the entire genre due to one author, I continued reading a variety of romance authors and eventually found plenty whose books I genuinely enjoyed.

Too often, abuse survivors are portrayed as irreparably damaged; romance novels insist that they too are worthy of love and respect

I have come to notice some common threads in the writers I kept returning to. Firstly, the focus on relationships often extends beyond just portrayals of romance. In a world where disappointingly few films even pass the Bechdel test, romance novels often feature groups of supportive female friends. At an age when friends became increasingly essential figures in my life, I loved reading about women starting businesses with their friends, fighting the forces of evil or even just talking about the challenges in their lives. It also helped me to verbalise an essential quality for a future partner – it was vital to me that they not only respected the bonds and quality time I spent with my friends, but genuinely enjoyed their company as well.

Romance novels also often deal with the effects that one’s family of origin can have on relationships. Some backstories in the genre are indeed clichéd; I roll my eyes whenever I encounter another romantic hero afraid to commit to a relationship due to his parents’ divorce. However, romance novels are often unafraid to consider how much of an impact our families can have on communication styles and expectations of partnerships. I’ve read several novels in which the main characters are dealing with the long-term effects of trauma or even post-traumatic stress disorder stemming from past abuse. In a country where one in four women will encounter an abusive relationship, it’s important to have stories about women who heal and enter into healthy relationships. Too often, abuse survivors are portrayed as irreparably damaged; romance novels insist that they too are worthy of love and respect.

There are several criticisms often lobbied at romance novels, some more valid than others. The first is that they engender unreasonable expectations about relationships. It’s absolutely true that most romance novels deal with the beginning of relationships rather than the ups and downs that most are made of in the long-term, but there is an insidious idea behind that argument – the idea that women should be encouraged not to be so picky. As someone who has heard misogynists argue that women in modern society are too empowered to choose which romantic relationship to enter into and that women deserve to be treated with abuse and contempt (an argument most notably made by Santa Barbara shooter Elliot Rodgers), it is an act of feminism to argue that women can and should demand respect, friendship, compatibility and sexual chemistry within a partnership.

Are all thrillers, including the novels of John le Carré, mocked because of the clichés and shallow characters of Chris Ryan?

Another major criticism is the lack of diversity in romance novels, with lead characters being overwhelmingly white and straight. This is a much fairer complaint, with most of the books I have read focusing on straight white couples. LGBT characters and ethnic minorities often serve as supporting characters – friends, co-workers, neighbours. However, diversity is, unfortunately, a much broader problem in publishing, rather than a criticism that should be solely aimed at romance novels. There have been attempts to publish more diverse romances, with specific imprints, such as Harlequin’s Kimani line or Kensington’s Dafina range, focusing on romances with ethnic minority protagonists. It is disappointing that these are seen as minority, special interest stories, but as any literature fan knows, the best way to increase diversity in a genre of books is to create more demand for that genre, not less.

Romance suffers many of the same problematic concerns as plenty of other literary genres, but is often disproportionately mocked. Every type of literature has formulaic examples; are all thrillers, including the novels of John le Carré, mocked because of the clichés and shallow characters of Chris Ryan? Are the failings in Twilight held to apply to all YA fiction, or is The Hunger Games judged on its own merits? Do the problematic aspects of Robert Heinlein novels invalidate the feminist explorations of Ursula K. Le Guin? For some reason, romance novels are the exception judged by their lowest denominator.

This is hardly surprising in the cultural context of disparaging media aimed at women. When I went to the cinema to see Magic Mike XXL, two male members of staff made jokes about the movie, describing it as having a thin plot primarily allowing for objectification. Oddly, no such comments were made when I attended any film in the Fast & Furious franchise or any movie directed by Michael Bay. And which genre-based actor is more mocked: Jennifer Aniston or Jason Statham?

Romance novels are like any books in that they vary widely between authors. But, as my favourite romance author Nora Roberts writes, “the genre is written by women, for women, about women — and that’s where the stigma comes from.” Romance novels may have problematic aspects, but they’re also an insight into the lives and partnerships women want – something feminists should be paying attention to.

Image: Carlos Porto via Flickr, reproduced under a Creative Commons licence. The image shows an open book, with two pages curled inwards to form the shape of a heart.