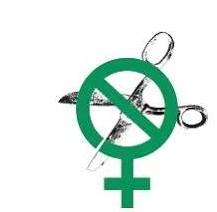 This Saturday 28 November Sisters Uncut will be taking to the streets to protest the government’s sexist austerity measures, more of which have been announced this very week. Public service cuts continue to risk the lives of UK women and non-binary people. On Saturday, we will lead a funeral march to commemorate the specialist services that are a lifeline for women fleeing domestic violence, 32 of which have been forced to close between 2010 and 2014. As more of these services close, more women will die.

Sisters Uncut campaign against cuts to domestic violence services and all cuts that make it harder for women (cis, trans and intersex) to escape violent relationships and live in safety. Over the past year we’ve been making headlines. On our first action we shut down London’s busiest shopping street at Oxford Circus, and held a memorial for every woman and child who lost their lives to male violence over the past year. This October, we stormed the red carpet during the Suffragette premiere to get the world’s attention – and to let them know that this fight is far from over. This Saturday, join us as we take action once again.
As each cut is announced, we are witnessing the dismantling of a welfare state that was supposed to protect us. With two UK women currently being killed each week by their current or ex-partner, we are not being protected. 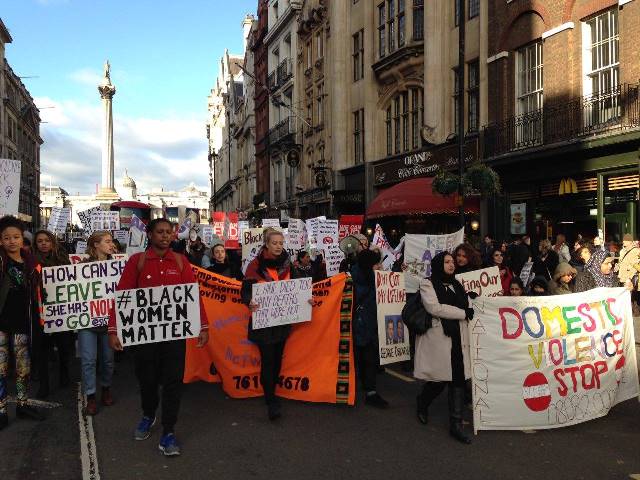 Following the Budget announcement this July, House of Commons library research suggested that £24 billion (70%) of the £34bn to be raised over the next five years would come from women’s pockets. Women are deeply affected by cuts to housing benefit and legal aid, changes to Universal Credit, as well as a growing lack of refuge space. When you take away her legal aid, how is she supposed to take her perpetrator to court? When you cut back her housing benefit, where can she escape to? Leaving a violent relationship is beyond hard – it can take on average seven attempts to escape before a survivor manages to flee securely. Austerity is making it even harder.

At a local level, women are discriminated against further. By cutting local authority budgets, councils are forced to make cuts to the services they commission. This year the specialist service Apna Haq were told by Rotherham council that their £145,000 contract for providing domestic violence support would end, and a mainstream generic service would do the work instead – at a lower price. Apna Haq was set up in 1994 by local ethnic minority women, and has since supported more than 2000 women and children with their specialist knowledge and experience. Many survivors have gone on to become volunteers and workers, making it a perfect example of services run by and for women.

Specialist services (those that support BME, LGBTQ+ and disabled women) are at risk the most, although those who rely on this support are the most likely to experience interpersonal violence.

Sisters Uncut is an intersectional collective made up of women who experience various oppressions alongside womanhood (including race, sexuality and class, to name just a few) so we know how important it is to fight for all women who suffer under austerity. Austerity is state violence against women and if this country is serious about eliminating VAW, ending austerity would be a good place to start. Austerity is not a necessity; it is a political choice, and a racist and sexist one at that.

We demand that the government restore all lost funding and provide domestic violence survivors with the support necessary to live in safety. We call for secure funding for specialist domestic violence services to be ringfenced at a national level. Local authorities must fully meet the demands of their communities, recognising that different women have different needs.

In the words of Assata Shakur: “It is our duty to fight for our freedom. It is our duty to win.” Each week our public meetings are growing in numbers. Join us this Saturday and take the power back. Use your body, use your voice, and use your energy to take direct action with us. Bring your sisters and dress in black, stand with us as we protest the drastic, devastating cuts to domestic violence services.

Because when they cut, we bleed.

Our protests are for all self-defining women and gender non-conforming people who experience oppression as women. We strive to create a safe space where we can take back the power we are so often denied. We appreciate support from men, and ask that you share our protest online, as well as facilitating any sisters who may be able to attend to be there on the day.

Join us this Saturday

Make a donation to Sisters Uncut

Image courtesy of Sisters Uncut. It shows a street protest in London (there’s Nelson’s Column in the background at the end of the street), with banners reading among others: “Domestic Violence Stop” and “#Black Women Matter”.