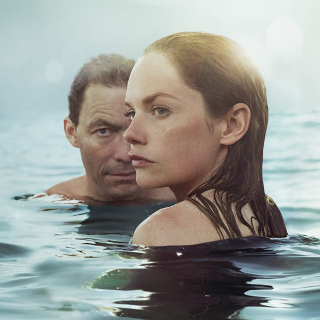 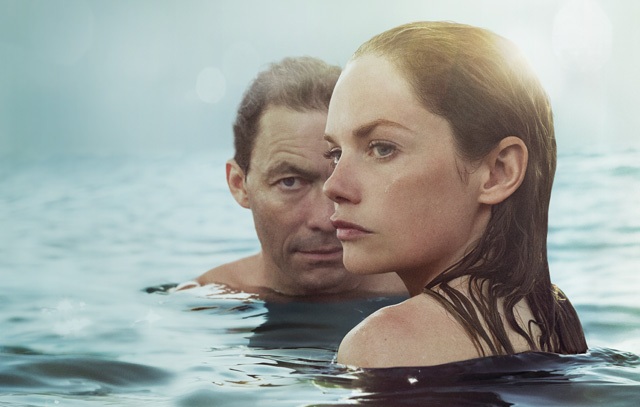 “Being alive is essentially a lonely proposition.”

Or so The Affair, now airing its second series on Sky Atlantic, theorises. The series follows the meeting and relationship of local waitress Alison (Ruth Wilson) and visiting aspiring novelist Noah (Dominic West) over a summer in Montauk, a small town in the Hamptons. The problem, of course, is that both are already married. TV dramas often have sidelined, stiff, one-dimensional female characters. However, this series is refreshing in that Alison is presented as a more sympathetic and layered character than Noah.

Each episode is filmed using the Rashomon effect – so the meeting and relationship are portrayed first from one perspective, then the other. On their first meeting, Noah perceives Alison as a seductress; yet once Alison is introduced from her own perspective, it’s clear that what Noah perceives as her out of control sexuality is really the detachment and physical recklessness she is using to deal with the trauma of her young son’s tragic death. Alison and her husband, rancher Cole (Joshua Jackson) are unable to connect any other way but sexually, due to his refusal to deal with the emotional aftermath of the death. Alison’s character arc, her portrayal of the painful and ugly aspects of trauma, is refreshing.

TV has always had more sympathy for men dealing with emotional pain in self-destructive ways; Alison comes from a tradition of traumatised anti-heroes including Timothy Olyphant’s Raylan Givens, James Gandolfini’s Tony Soprano and Dominic West’s Jimmy McNulty. Contrarily, Noah’s struggle to deal with his financial dependence on his wealthy wife, Helen (Maura Tierney) is shown in a less sympathetic light, particularly because his preoccupation with his affair leads to an emotional abandonment of his four children.

If only more films made it clear they were portraying women from a narrow male perspective, rather than posturing as if they were presenting a so-called objective reality

The inspiration for this series of The Affair was influenced by the idea of exploring the unreliability of memory and perspective; while this theme has been explored in detail regarding mysteries and crime, it’s been less considered in relation to romantic relationships. Series creator Sarah Treem has explained in interviews that she saw an affair as an extreme example of the disconnect we all feel in the beginning of a relationship – the gap between how we perceive our partner and an understanding that our partner may be a very different person outside their interaction with us. In an affair, there is obviously an understanding that a partner is living a double life – fertile ground for exploring the gap between who we perceive ourselves to be and the reality of how we behave.

As interesting as The Affair is for itself, it also serves to highlight how rare it is for the male gaze to be treated as subjective, or as being influenced by the point of view of the male protagonist. When I think of the most thinly written female characters I’ve encountered – all those roles that seem simply defined as love interests – I consider Noah and the lack of depth he assigns to Alison. If only more films made it clear they were portraying women from a narrow male perspective, rather than posturing as if they were presenting a so-called objective reality. Indeed, behind every narrow idea as to women’s roles is behaviour that is more complex in reality.

The second season of The Affair expands the varying perspectives to include the couple’s spouses, Cole and Helen. This structure allows the drama to focus on its two most interesting characters, Helen and her eldest daughter, Whitney (Julia Goldani Telles). Helen is an unusual portrayal of a woman dealing with the painful aftermath of her marriage breakdown. Women suffering from a partner’s infidelity are often either portrayed as unsympathetic, cold ‘shrews’ who drove their husband to betrayal (for example, Victoria on Revenge, Betty on Mad Men or Addison on Grey’s Anatomy) or as bursting with rage and viciousness. Helen is neither.

Helen is often unaware of her privilege but the show is not – in the perspective of working class Alison, it can be seen that Helen is thoughtless and uncaring towards service staff. However, it is also clear that, as the daughter of a successful author, she bears emotional scars of a childhood with a self-centred, oblivious father. At one point, breaking down while trying to save their marriage, Helen tells Noah that she married him not just for love, but because he was safe, steady and all that her volatile, successful father was not.

The show handles the abortion in a quietly pro-choice manner

As Helen begins to tell her own stories in this series, she emerges as confused and lost in the midst of the breakdown of her long-term marriage. Yet, while she struggles to adjust to her new reality, she has to single-handedly care for her four children. As with so many women through the ages, Helen has had to bury her own pain in order to maintain her caring responsibilities, in her case, secretly smoking marijuana in order to self-medicate herself while remaining functional. It’s a dynamic with which I’m sure many women can sympathise; after their marriage’s demise, Noah is given the space and freedom to find himself while Helen is weighted with responsibilities.

The Affair‘s focus on Helen and Noah’s oldest daughter Whitney is also compelling. During the summer, while her father is having an affair, Whitney becomes pregnant due to a relationship with a relative of Cole’s (who is much older than 17-year-old Whitney.) The show handles the abortion in a quietly pro-choice manner: while Noah is understandably dismayed by the age and power imbalance within the relationship, Helen is supportive of Whitney’s decision to end her pregnancy. Later, Helen tells Whitney about her own abortion. While admitting she found the experience sad, Helen notes that it was the best decision for her life, a philosophy Whitney seems to share with regard to her own pregnancy.

Even when glimpsed through the perspective of Noah, it is clear these are complex women. The drama allows them their own internal struggles and feelings and hints at emotions not shared with Noah. It is unfortunate that this is still unusual in a television series, but with the lack of female writers working in television, it seems obvious that the majority of female characters are still portrayed through a male perspective.

Oddly, despite the name of the show, the affair itself is among the least interesting aspects of the series. More remarkable is the use of the titular affair to explore ideas of gender stereotypes. For anyone looking for a series examining how class and gender might affect character and perspective, season two of The Affair could begin fascinating conversations.

Season two, episode six of The Affair will screen on Sky Atlantic HD, Wed 25 November at 9:00pm. Season one is available to buy on DVD.

[Image description and credit: Alison (Ruth Wilson, front and right) and Noah (Dominic West, behind and left) with their head and shoulders above water. Alison looks back over her left shoulder, while Noah looks straight at the camera and is slightly obscured by Alison. Taken from the front cover of the season one DVD.]

Nick Beard has thought a lot about marriage and gender since her own wedding in July and finds watching The Affair with her husband awkward, yet insightful. She can be tweeted at @beardy911