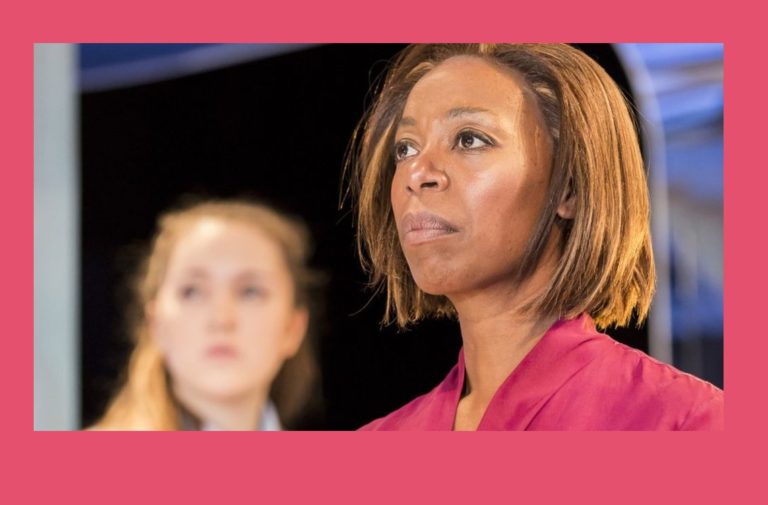 Finding out what True Beauty is 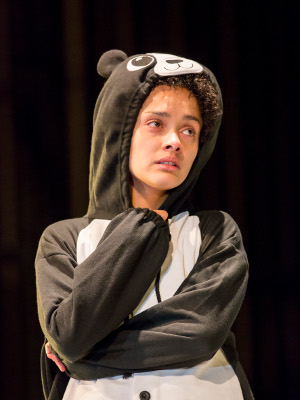 Linda starts with a sales pitch at the Swan Beauty Corporation (visually and linguistically striking in its resemblance to a much more familiar beauty brand). The protagonist after whom the play is named is advocating a new ad campaign, ‘Visibility’. She explains that women in the over-fifties category suffer from a feeling of invisibility. They’re not represented in the media, except by Helen Mirren. Products are marketed to them using models in their thirties. People in the workplace talk over them. Women become concerned when nobody whistles anymore as they walk past construction sites. Linda wants to “help invisible women feel seen again”.

Naturally, this feels a little problematic. No women should feel invisible and it’s true that older women are underrepresented in the media and denied a prime place in society. Yet it’s hardly positive that the opposite – being visible – means being sexually harassed and exploited or that visibility is seen exclusively in terms of physical beauty and sexuality.

This duality of women’s visibility or otherwise is one of the central themes of the play. There are women who become invisible, because they’re no longer seen as sexually relevant in society, and are denied opportunities as a result – women such as Linda herself. And then there are the women, like Linda’s daughter Alice, who seek invisibility as a remedy to the constant objectification they face and uninvited attention on their bodies.

She comes to realise that people see her as a “dried up old husk”, while her average husband becomes more attractive as he ages

Meanwhile, Linda’s younger daughter Bridget dreams of being an actor but is told that her weight means she will never become famous. As she perseveres with her dream, she realises that the barriers to acting are even greater than narrow beauty expectations: there are no good parts for women, because “girls hardly ever say anything”. Every other girl at her audition performs Ophelia, or Cordelia, the focus being on their dress and hair. But Bridget bemoans that anything truly tragic, or epic, is limited to male characters – hence why so many women now take on male parts, though we rarely see the opposite occur. 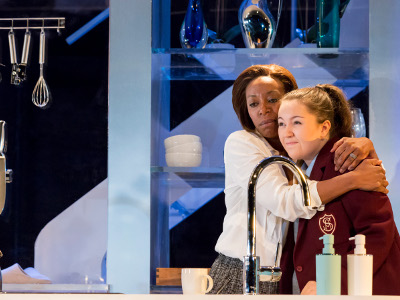 This is one of the key things which makes Linda so compelling. If it were simply to focus on the superficialities of the beauty industry, it could be interesting but fairly trivial. It is so much more. As teenage Bridget auditions as King Lear, a character who descends into madness, we see parallels with the play’s protagonist, Linda. This play contains lots of big ideas, but at its heart is the portrayal of the 55-year-old heroine who slowly unravels on-stage, her break down of the epic proportions that Bridget finds so lacking for female characters.

At the start of the play, Linda is the epitome of success. She describes herself as an award-winning businesswoman, mother of two, with a gorgeous husband, who still fits into an old size ten dress as a result of years and years of dieting. But despite the fact that she is more powerful and wealthier than twenty years ago, she comes to realise that people see her as a “dried up old husk”, while her average husband becomes more attractive as he ages. His affair with a younger woman and her gradual decline at work cause Linda to start falling apart. Noma Dumezweni is simply fantastic in her portrayal of Linda, even though she was cast just ten days before the play premiered, a result of the previous lead, Kim Catrall, pulling out for medical reasons.

Linda was responsible for ‘True Beauty’, a marketing campaign which moved Swan from the bottom shelf of the chemist’s to an international movement. When Swan reject her ‘Visibility’ idea, and instead promote attractive 25-year-old Amy to lead an alternative campaign selling anti-ageing products to women in their twenties, Linda realises that the company is more interested in getting women to buy than in changing the way people feel about themselves. She is concerned that her career success is based on the fact that her boss hoped to sleep with her, and now that she is 55, she has become worthless at work.

Despite rejecting traditional notions of beauty, in telling everyone that they are and can be beautiful, Linda has continued to uphold and prioritise society’s fixation on how we look

This also indicates where Linda’s own self-worth comes from. While she is undoubtedly proud of her business success, she believes it has only been possible as a result of years of grooming, plucking, shaving, painting, injecting, dyeing and dieting. Her ‘True Beauty’ was all about expanding notions of beauty, to be more inclusive. And yet teenaged Bridget highlights the problem with Linda’s philosophy when she tells her, “You think all you need to do is tell us we’re beautiful and we’ll all be happy, well you’re wrong and you’re deluded because we don’t want to be told we’re beautiful. We never did. We want to be told we’re we’re [sic] funny. Or clever. Or worth something. We want to be recognised for who we actually are”. Despite rejecting traditional notions of beauty, in telling everyone that they are and can be beautiful, Linda has continued to uphold and prioritise society’s fixation on how we look. 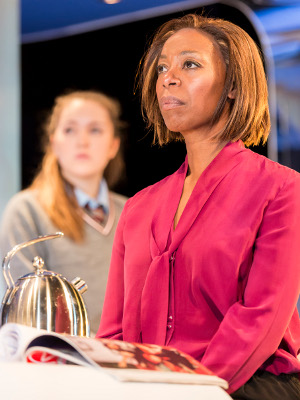 More chilling, then, is what Linda’s legacy means for the play’s younger women. Linda has fought for women not to be defined by their outward appearance but has bought in to the beauty industry all the same. Linda is replaced at Swan with Amy, who is initially presented as superficial, cold, and calculating. We later discover that Amy is desperate to be happy and successful, which for her means having a successful career, nice husband, big house, two kids, and an office with a view – essentially, Amy wants to be Linda. And yet Amy disparages Linda.

We see in this contradiction that there is simply no way for women to succeed within the criteria set by our consumerist, patriarchal, image-obsessed society. As Linda says early in the play, women have to watch what they eat, what they say, how they walk, how they talk and what they wear. They have to do what men do “only backwards and in heels”. And they are encouraged to compete with each other, pressured into self-hatred or animosity and opposition.

As the women of the play destroy themselves, or each other, in their individual attempts to be more or less visible, Swan’s male CEO, watches calmly over them, financially profiting from female anxiety and competition. Perhaps this is the key message in the play. For while Linda seeks to provide an antidote to the social ills it highlights, by providing a hefty part for a female lead, Linda’s tragedy is ultimately stage-managed by a secure man.

Linda is at the Royal Court Theatre until 9 January 2016.