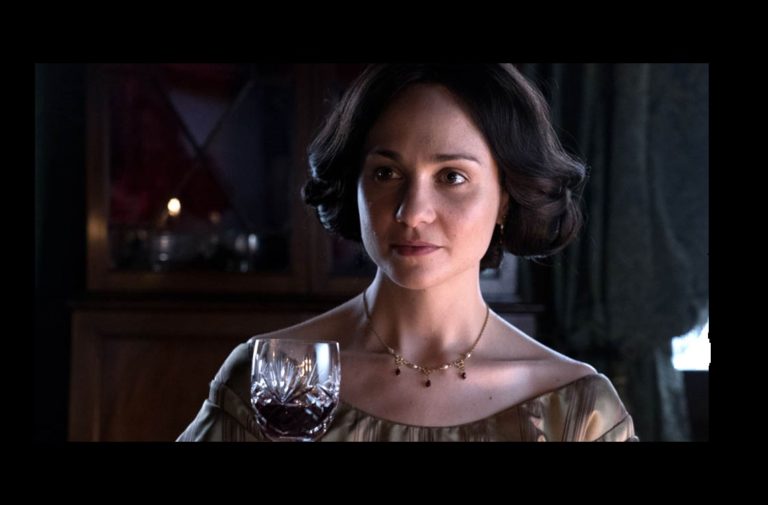 Contains inescapable spoilers for both Dickensian and a number of Charles Dickens’ novels.

In the new BBC series Dickensian, creator and co-writer Tony Jordan is clearly prioritising character over canon. Along with the central murder mystery prompted by Jacob Marley’s violent death – a natural event in A Christmas Carol – a number of timelines are out of synch. Seven years before the events of Scrooge’s reformation, Tiny Tim is already none too tiny, while the Artful Dodger is already perhaps ten years old and Mr and Mrs Bumble are yet to oversee the birth of his friend Oliver Twist. We meet a collection of Charles Dickens’ characters in a time before they enter the plots of their respective novels – an idea that had to be either terrible or quite fun. I think it’s a lot of fun, but the writing suffers from some of the same weaknesses as Dickens himself when it comes to writing about women.

I believe in Miss Havisham in Great Expectations; I have encountered one or two individuals who might well have gone in that direction had they only been hugely wealthy, powerful and not afraid of spiders. She is extremely clever and charismatic and, in line with almost all disabled characters who survive childhood in a Dickens’ novel, her poor mobility is a physical manifestation of spiritual evil.

This is a lady who, in a single moment (one morning, at twenty to nine), is so psychologically injured that she dedicates both her own life and the lives of several young people to wreaking revenge on men, without a care for personal hygiene or whether bedraggled white lace remains on-trend.

If this lass is abandoned on her wedding day, she’ll be sharing the cake around and apologising to all the guests for the awkward situation

It would be fascinating to meet this character before that fateful moment, but instead we get a young woman (Tuppence Middleton) who is extremely Dickensian – stoical, caring and yet slightly naïve, much like ‘Little Dorrit’ of Little Dorrit, Esther in Bleak House, Agnes in David Copperfield or Biddy in Great Expectations – but nothing like the older Miss Havisham. She doesn’t have an obsessive fibre or a manipulative bone in her body. If this lass is abandoned on her wedding day, she’ll be sharing the cake around and apologising to all the guests for the awkward situation.

There’s the same problem with Dickensian‘s Honoria Barbery (Sophie Rundle), who will become Lady Dedlock of Bleak House. Like Miss Havisham, Lady Dedlock drives the plot of a novel – not as a romantic heroine tossed on the troubled waters of destiny, but a major decision-maker. Lady Dedlock is a blaze of grief and passion, contained – at first – within a brittle shell of pride and propriety.

However, in Dickensian, the young Honoria’s character is identical to that of the young Miss H. All but one of the young women are infected with this uncomplicated likeability – the characterisation of Nancy from Oliver Twist, a sex-worker remaining cheerful in the face of client violence, and brief appearances of Nell from The Old Curiosity Shop and Martha Cratchit from A Christmas Carol suggest they are equally angelic.

The one exception is Honoria’s sister, Frances Barbary (Alexandra Moen), who is deceptive and austere, but understandably anxious about her father and sister’s obliviousness to their imminent financial ruin. Yet, even she falls far short of the pious tyrant we meet in Bleak House, who will suffer an ironic death during a reading of John 8:7 (“He who is without sin, cast the first stone”). It is unclear in Dickensian whether Frances’ motives for encouraging Sir Leiceister Dedlock in his pursuit of Honoria are driven by spite towards her carefree sister, the family’s money worries or her eagerness to please a man she is in love with herself.

We are watching Miss Havisham being seduced by the cad who will turn her against all men, Honoria being tricked into the decision that will ruin her life and Nancy falling in love with her murderer

Charles Dickens and the writers of Dickensian appear to have similar problems with female biography. In A Christmas Carol, we see Scrooge develop from lonely boy to materialistic young man through to middle-aged miser. In Great Expectations, we watch Pip, a good-hearted child, become an ambitious young man before succumbing to material temptation and vanity. But while Dickens creates strong middle-aged and older women with interesting back stories, we don’t see women undergo significant change or development on the page.

Like so much of fiction, women exist only at one point in their lives – if a woman’s role is to be a mother, she will never be seen before her children or after her children grow up. Dickens could create the monstrous Miss Havisham and the tragic Lady Dedlock, but like the writers of Dickensian, would probably have struggled to imagine them in their youth and not render them idealised Victorian young ladies. With the exception of the valiant Little Dorrit, young women rarely drive their own plot but rather have things happen to them – they are loved, deceived and surprisingly unlikely to make it to the end of a book alive.

Thus, it’s not just a disappointment in terms of character that the young women of Dickenisan are modelled on Dickens’ young women rather than younger versions of their older characters – we are slowly watching bad things happening to them. We are watching Miss Havisham being seduced by the cad who will turn her against all men, Honoria being tricked into the decision that will ruin her life and Nancy falling in love with her murderer. We have no such worries about any of the men and can rest in the knowledge that some of their lives are destined to improve significantly once the plots of their novels begin.

The mostly terminally nice young women are in contrast to the few middle-aged female characters who, with the exception of the lovely Mrs Cratchit from A Christmas Carol, are all comic horrors. We have Mrs Gamp, the hopelessly drunken nurse from Martin Chuzzlewit, Mrs Bumble from Oliver Twist (here her husband’s puppet-master, rather than his partner in crime) and the one Dickensian character (at least as far as I’ve noticed) who has already lived through her novel, the aging Fanny Biggitywitch, née Dorrit from Little Dorrit, who seems to have lost the snobbery and social ambition of her youth to become friends with Mrs Gamp. It seems a shame that none of the more sympathetic older women characters could have been drawn into the plot.

Despite these problems, Dickensian is fun. The cast is exceptional, even though the young women have little to do. Anton Lesser as Fagin has toned down the anti-Semetism from both the novel and previous screen characterisations (notably Ben Kingsley’s portrayal in the 2005 movie Oliver Twist). Stephen Rea’s unassuming detective Mr Bucket from Bleak House is compelling and the central mystery remains intriguing.

However, I can’t help but compare Dickensian to the BBC’s 2013 adaptation of Death comes to Pemberley by P. D. James, which imagined the future of characters from Jane Austen’s Pride and Prejudice and positively built on the strength of Austen’s characterisations. I’m not convinced that Dickensian has achieved much beyond imitation.

Dickensian continues at irregular evening times on BBC One and the episodes so far are available on BBC iPlayer.

[Image description and credit: Head and shoulders shot of a young Amelia Havisham (Tuppence Middleton) in front of a dark wooden cabinet, holding a glass of red wine and looking into the distance on her right. Her hair is lightly pinned and she wears a beige and brown vertical striped off-the-shoulder top/dress with a delicate necklace that has four pearl-like beads along the chain and three darker jewels hanging below. From episode eight (13/1/2016). By Lee Daniel, credited to BBC/Red Planet Productions.]