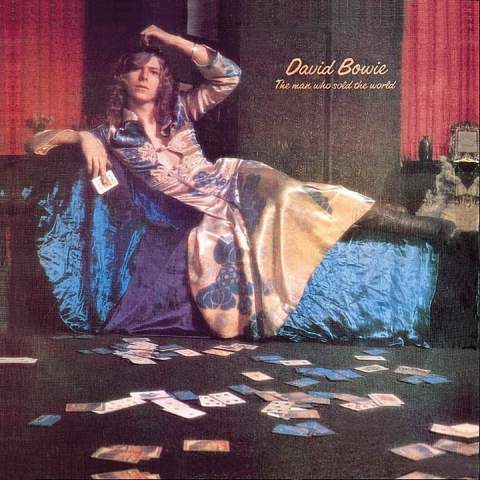 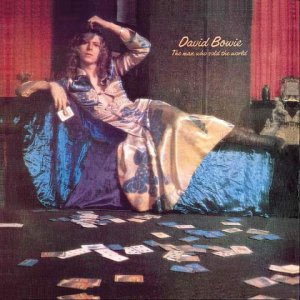 On Monday 11 January, news broke that British musician, fashion icon and actor David Bowie sadly passed away from cancer at the age of 69. To many people, Bowie was considered to be a legend who changed the way society views sexuality, gender, fashion and music.

Bowie was arguably one of the first mainstream musicians to openly cross-dress and break down the constrictions of gender stereotypes. In 1972, he appeared on the cover of The Man Who Sold the World LP, reclining in long boots and a dress and looking strikingly pre-Raphaelite. Subsequently, the cover of the LP was banned in the USA because it featured a man wearing a dress.

He was unapologetic in his subversion of traditional gender roles, inspiring people to explore their gender and sexuality more openly. Bowie proved to millions of fans that it wasn’t “weak” for men to wear makeup or traditionally ‘feminine’ items of clothing. This behaviour forced people to question their own attitudes surrounding gender and sexuality, with questions being asked about Bowie – was he a girl or a boy? It didn’t matter; he was David Bowie, loved by older people who grew up in a time of post-war austerity when homosexuality was illegal, and adored by young people who were just beginning to find themselves.

In 1972, he stated he was bisexual, just four years after homosexuality was legalised in the UK in 1967. Homosexuality was still a massively taboo subject. For LGBT fans of David Bowie, it must have felt incredibly empowering to know that one of the most popular British musicians was openly bisexual. Bowie’s openness about his sexuality may have even inspired other popular musicians, such as Debbie Harry and Morrissey, to open up about their own sexualities.

During the 1960s and 1970s, the musical world was largely masculine, with bands like Led Zeppelin, The Rolling Stones and The Who topping the charts. Although he was male, Bowie challenged this through his emphasis on gender-fluidity and breaking down the concept of gender. This debatably may have influenced and contributed to an increase in female musicians such as Blondie, Kate Bush, Siouxsie Sioux and Madonna in the industry from the late ‘70s onwards.

Although he wasn’t a self-proclaimed feminist, it’s clear he felt strongly about equal rights. In a 2000 interview, he stated, “I find it intensely offensive to see women treated as a chattel or appendages. I cannot think of a situation where a woman could not do an equal if not better job than a man.”

A 17-year-old David Bowie can be seen in the BBC Tonight Show speaking as a member of the “Society for the Prevention of Cruelty to Long-Haired Men”. Although light-hearted and tongue-in-cheek, there was a clear message behind it, namely, that men with long hair had long been the subject of prejudice because this is seen as a feminine trait. Bowie stated that, “For the last two years, we’ve had comments like ‘Darling!’ and ‘Can I carry your handbag?’ thrown at us, and I think it just has to stop now.”

During an MTV interview in 1983, he controversially asked MTV why there were “practically no blacks on the network”. He continued, stating that “There seems to be a lot of black artists making very good videos that I’m surprised aren’t being used on MTV”, to which the MTV interviewer shockingly replied, “Some town in the Midwest…would be scared to death by a string of black faces, or black music.” Bowie continued to push the matter, asking the journalist, “Don’t you think it’s a frightening predicament to be in?” The journalist replied saying, “Yeah, but no less so here than in radio.” And Bowie rightly said to him, “Don’t say, ‘Well, it’s not me, it’s them.’ Is it not possible it should be a conviction of the station and of the radio stations to be fair… to make the media more integrated?” This suggests to me that racial diversity and representation were issues close to his heart. His willingness to raise this controversial subject in such a public way further demonstrates his commitment to equality, by questioning and challenging the status quo.

With the news of his death, reports have begun to emerge that Bowie may had sex with an underage girl whilst in his mid-twenties. Like many other fans, I found this very hard to accept. It could be argued that groupies were a bigger part of popular culture back then, but this doesn’t necessarily make it OK. The girl he allegedly slept with has stated that the incident was consensual, adding, “who wouldn’t want to lose their virginity to David Bowie?” It’s possible to accept that this revelation is shocking whilst also accepting the woman’s testimony – and that our idols and heroes are often flawed.

David Bowie made it clear, through what he wore and the lyrics he sung, that you didn’t need to be masculine or feminine – you could also be both or neither

Despite this, Bowie was and will always be hugely influential to me. I remember watching old Top of the Pops episodes on television with my mum and one day a performance of ‘Starman’ came on. The 12-year-old me had never seen a man prancing around on stage in fantastic makeup and a skin-tight, multi-coloured body suit – I was transfixed. Since this legendary performance, he has inspired me and thousands of others not to be afraid to step outside the box, to wear whatever you want and challenge society. If you want to stomp around in eight-inch platform heels, do it, preferably with copious glitter applied. David Bowie made it clear, through what he wore and the lyrics he sung, that you didn’t need to be masculine or feminine – you could also be both or neither. His legacy continues to empower many people struggling with gender identity today. One person I spoke to who has struggled with gender identity said, “He led the way in the transgender community – being more accepted and having more exposure, which has helped myself and people like myself be who they are.”

In my opinion he is a feminist icon. He showed me that gender isn’t important and, in my opinion, empowered femininity. Pulp singer Jarvis Cocker stated, “He was an umbrella for people who felt a bit different.” Bowie continues to inspire me every day and will do so for many more years. He revolutionised fashion, music, film and art. His legacy will live on for years to come.

The image at the top of the page appears on the front cover of David Bowie’s LP The Man Who Sold the World, as referenced in the article. It shows a long-haired Bowie reclining on what appears to be a chaise longue. There are playing cards scattered all over the floor in front of him and he holds one in his right hand. He wears a patterned dress and long boots.