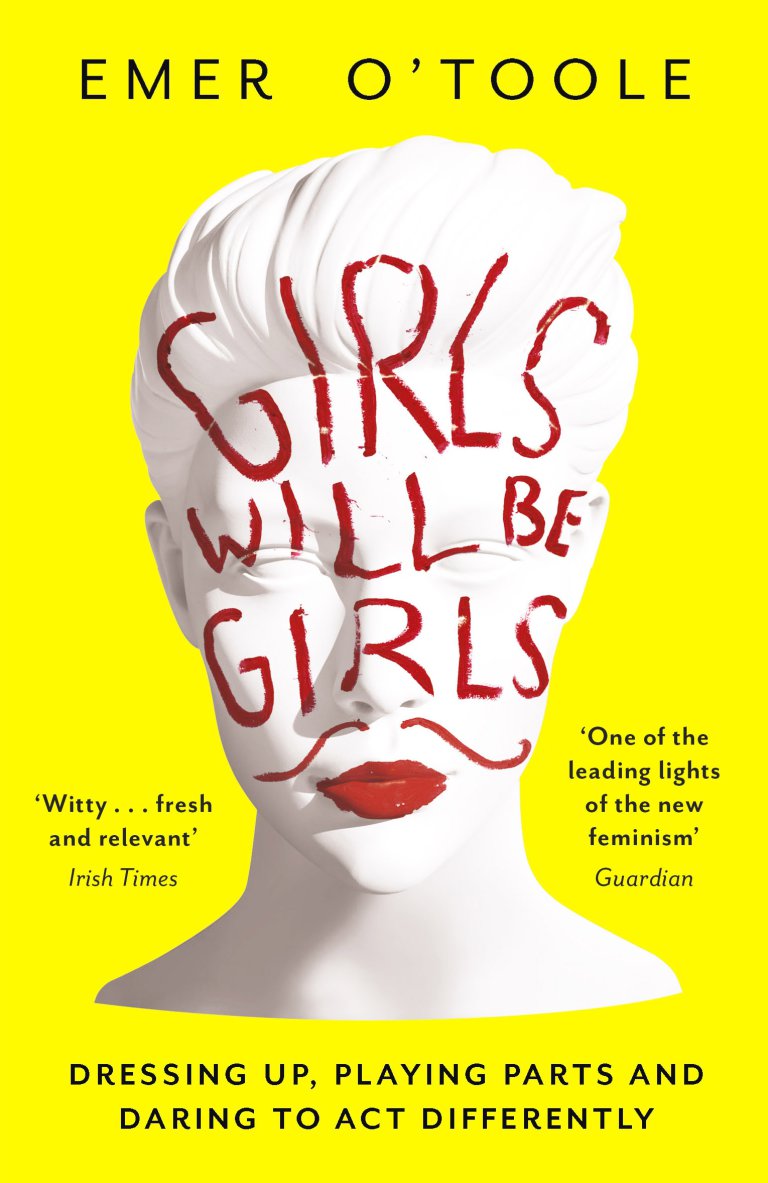 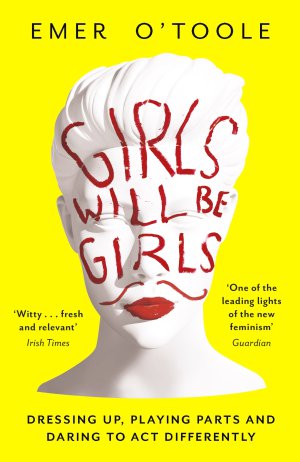 Why does society have such a problem with female body hair? What’s up with this enduring obsession with boobs? Is being thin really the be all and end all? And why oh why would anyone ever contemplate having their vulva waxed?

These are just some of the questions that Emer O’Toole examines in Girls will be Girls, occasionally through documenting personal ‘experiments’ carried out during the exploration of her own gender and sexuality (and, yes, the vulva waxing does happen – and yes, it will make you squeeze your legs together and wince for all eternity).

Throughout her book, O’Toole introduces us to what she refers to as “the performances of womanhood”; all those little – sometimes uncomfortable, other times downright painful – acts many women carry out in order to play their part correctly (at least in the eyes of society). Of course, the concept of gender as performance is nothing new; used, as it often is, to counteract the age-old assumption that women’s brains have ‘a shoe bit’ and men’s brains have ‘a football bit’, and that’s the way it is and always will be. However, O’Toole’s emphasis on the potential for theatricality, and even a little fun, in the performance of gender is what gives Girls will be Girls its unique dimension.

So, if all of gender is a performance and we’re the players, surely we can just stop acting out our parts if we no longer enjoy them? We can put down the razors and the Ryvita and start again – right?

Well, yes, but it’s not always that simple. As O’Toole so astutely observes, even when we begin to recognise the damaging nature of the gender roles we play, even when we continue to perform rituals that are at best slightly ridiculous and at worst pure “psychological torture”, we still find ourselves unable to break away. Tearing up the script isn’t as easy as it might seem.

I think the aspect of O’Toole’s book I most admire is the honesty with which she presents her own struggle to reconcile her beliefs about gender with a society that still largely insists on limiting and narrow gender roles for men and women. After all, you can be the most dedicated feminist in the world but still have a hard time getting out of the ‘I have to be thin – but I know I shouldn’t have to be thin – but I still HAVE to be thin’ mentality. The author’s account of allowing her body hair to grow is very amusing but also highlights the challenges faced by those who choose to live outside of the rigid structure of ‘acceptable’ gender behaviour. While O’Toole was completely confident in her belief that there was nothing dirty, shameful or unhygienic about her armpit hair, she still found herself altering her habits and dress sense in an attempt to cover it up. Ultimately, she was able to overcome this and feel comfortable with body hair – but that peace of mind did not come without a fight.

The message at the heart of Girls will be Girls is that it is okay to mix things up and play around when it comes to gender. O’Toole encourages readers to “get a boy’s haircut, wear bright pink lipstick and false eyelashes … complement a sexy dress with hairy legs” in order to expose the arbitrary nature of the performance. In the author’s view, the way to challenge gender conventions is to treat them like we would an elaborate “costume”, making it far easier to cast off the parts that are damaging or uncomfortable. This “Carnivalesque” approach could perhaps seem a little flippant to those who have struggled to carve a gender identity in a world that consistently asks us to pick one side or another. However, it is difficult not to be attracted to O’Toole’s ‘don’t care’ attitude regarding those outmoded societal expectations that still attempt to confine us to a male or female tick box.

Emer O’Toole picks up where writers such as Naomi Wolf (The Beauty Myth) and Susie Orbach (Fat is a Feminist Issue) left off, to bring the idea of the body as political to a new generation. It might be difficult to believe that not putting your make-up on could constitute a “radical act” (or conversely, going out with a full face of make-up if this is not what is ‘expected’ of you) but, O’Toole successfully demonstrates that the fight for fairer and less restrictive gender standards starts on a very personal level and that we can empower ourselves to smash through conventions if we understand them for what they are: a mere performance.

Girls will be Girls is a funny and compelling read, combining fascinating, relatable storytelling with meticulous research and real practical advice for challenging patriarchal gender roles in your own small, large, thin, fat, feminine, masculine, hairy, unhairy way (and anything and everything in between!)

Girls will be Girls is published by Orion and available to purchase HERE.

The lovely people at Orion have provided The F-Word with paperback copies of Girls will be Girls to give away to THREE lucky readers. If you like the sound of the book, simply email [email protected] with the subject heading ‘Girls will be Girls competition’ to enter. Winners will be selected at random. The closing date is 15th February 2016.

Pictured is an image of the front cover of Girls will be Girls. In the centre of the cover is a person’s head and neck; both are completely white and looks like they might be part of a statue or a bust. The hair is cropped short and the lips of the statue have been painted with bright red lipstick. Above the lipsticked mouth is a drawn-on moustache, also in red. The title of the book ‘Girls will be Girls’ has been written in red across the face of the statue. Underneath the head appears the sub-title, ‘Dressing up, playing parts and daring to act differently’. The background of the cover is yellow.