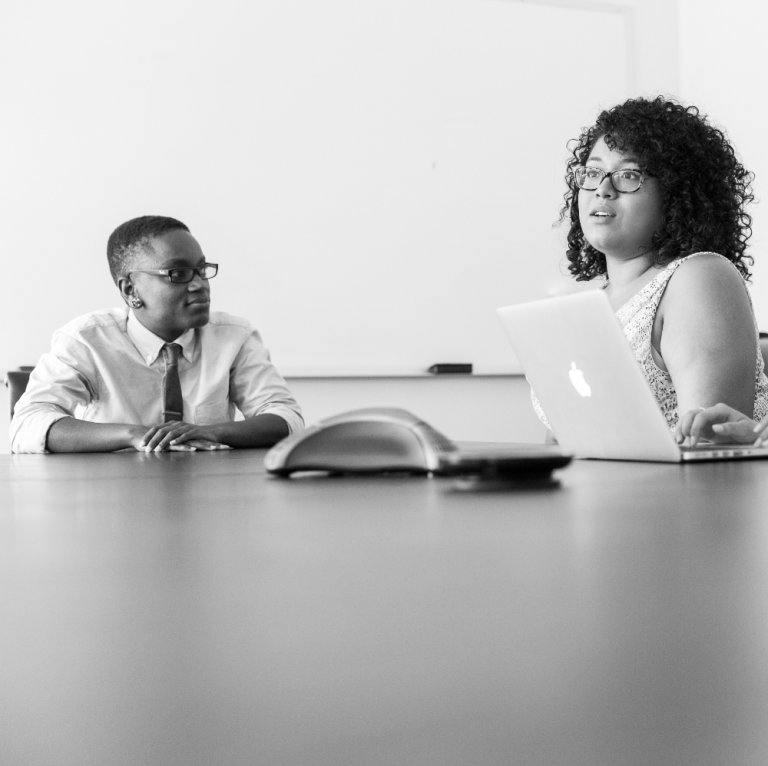 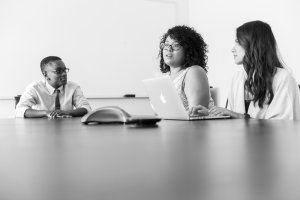 The first time I realised that I wasn’t supposed to be good at science was in my A-Level Physics class. I suppose I was lucky to have got that far in my school career so blithely ignorant of this seemingly unassailable fact of life. I was one of only three girls in the class; we were outnumbered so greatly by the boys, they appeared almost bemused by our presence. We were not serious enough competition to even provoke any open hostility. This quiet indifference riled me even more; I was the only girl with a hope of getting an A, and became fiercely competitive with the boys in a way I wasn’t in any other of my classes. Thanks partly to a wonderful and encouraging (male) physics teacher, I excelled in the subject and took great joy in the simple beauty of learning about the scientific method.

The principles of science are actually pretty straightforward. You notice how stuff is in the world (observations) and then you come up with a theory that explains what you have observed. Then from this theory, you derive predictions about how things should work in the world if your theory is correct and then you test the theory. Science folklore tells us that Archimedes observed his bathwater over-flowing, Newton observed the apple falling from the tree and Darwin observed the wildlife of the Galapagos Islands. The rest, as they say, is history.

Take the observation that in physics classrooms across the country, males greatly outnumber females. We might reasonably come up with a theory that males are simply better at physics than females and so are more likely to pursue further study in the subject. There is certainly a lot of real-world observational data consistent with this theory; men dominate in all fields of physics in academic and applied settings.

How could we test whether males are just innately better at physics than females? We could simply set the same maths test – maths being a key skill in physics – for boys and girls and see which gender performed better on average. If we perhaps wanted to bring a bit of rigour to the process we might take steps to ensure what is known as a ‘fair test’. For example, it would obviously not be fair to give the boys twice as much time to complete the test as the girls, or to make the girls complete the test in a noisy classroom and the boys in a quiet classroom. We would want to standardise all factors in the test which might conceivably affect performance, and to make the only difference between the groups the single factor under investigation: gender.

Indeed, the developmental psychologist Professor Simon Baron-Cohen at the University of Cambridge has a whole programme of research based on this very idea. According to Baron-Cohen’s theory, male brains are better at tasks which require skill in ‘systemizing’, which means the ability to understand logical, rules-based systems (for example the motion of a projectile through space). Female brains are better at tasks which require skill in ’empathizing’, which means the ability to interpret and respond appropriately to other people’s thoughts and emotions (for example how to comfort someone who is upset). This is also known as the “extreme male brain” theory of autism as Baron-Cohen suggests that people with autism are very good at systemizing, but very bad at empathizing, hence having an extreme example of the typical male brain. This theory remains controversial and has been criticised by people with autism.

I have come to wonder whether as a woman, I haven’t lived my entire life under a state of stereotype threat, whenever I have approached a task that I’m not supposed to be good at, from quadratic equations to parallel parking

Yet what if, when it came to gender differences in performance in maths and science, there was almost no chance of it ever being a fair test? What if girls and women know they are supposed to perform poorly on certain tests, and this becomes a self-fulfilling prophecy?

This may in fact be what is occurring due to a powerful effect known as the stereotype threat. The term stereotype threat was first used by psychologists Claude Steele and Joshua Aronson in a seminal paper published over 20 years ago. They defined it as follows:

It focuses on a social-psychological predicament that can arise from widely-known negative stereotypes about one’s group. It is this: the existence of such a stereotype means that anything one does or any of one’s features that confirm to it make the stereotype more plausible as a self-characterization in the eyes of others, and perhaps even in one’s own eyes. We call this predicament stereotype threat and argue that it is experienced, essentially, as a self-evaluative threat. In form, it is a predicament that can beset the members of any group about whom negative stereotypes exist.

This original paper investigated stereotype threat in relation to the performance of African American and white college students on intellectual aptitude tests. Since learning more about it, I have come to wonder whether as a woman, I haven’t lived my entire life under a state of stereotype threat, whenever I have approached a task that I’m not supposed to be good at, from quadratic equations to parallel parking.

This is, in effect, what the stereotype threat does to women in science – it adds a burden that men don’t have to carry; slowing them down, taking more out of them, requiring them to be twice as good to succeed half as well as their unburdened male peers

Research studies have also shown that even subtle cues can activate the stereotype threat; for example, asking women to write down their gender on the form before starting a maths test. This seems to act to remind women of their membership of a group who stereotypically do poorly on this kind of test. In fact a review of over 100 studies on stereotype threat reported that subtle cues are even more powerful than blatant cues (e.g. stating outright that males outperform females on a particular test) which suggests that tackling only overtly stated sexist stereotypes is sadly of little help with this phenomenon.

So what’s it like to succeed in a subject, or in an area of life, that as a woman you’re not supposed to be good at? Well it puts me in mind of Tony the Fridge, a wonderful charity runner, who among other feats ran the 2014 London marathon carrying a 42kg fridge on his back. Tony made it round in the end, but obviously much more slowly and with much greater effort exerted compared to all the other runners without fridges on their backs. Sure, he showed it wasn’t impossible to run a marathon with a fridge on your back – but it’s damn hard, and most people wouldn’t even consider entering a marathon if they were forced to carry a fridge.

This is, in effect, what the stereotype threat does to women in science – it adds a burden that men don’t have to carry; slowing them down, taking more out of them, requiring them to be twice as good to succeed half as well as their unburdened male peers. Worst of all, it puts off capable and talented women from entering a field in which they could succeed just as well as men, given a level playing field. This is in addition to many other barriers to women succeeding in science, including sexist attitudes in education and the field, a lack of female role models, and career structures that penalise those with caring responsibilities.

It’s not all doom and gloom though. There are things which can be done to counter stereotype threat. For example, simply giving people information about stereotype threat before they take a test can help reduce its impact. Even something as simple as moving demographic information on gender from the beginning to the end of the test has been shown to make a difference as it takes away emphasis on gender identity. The excellent website ReducingStereotypeThreat.org carries other suggestions.

So the good news is that stereotype is a social construct and as such can be modified by changes in societal attitudes. A 2007 study conducted in Sweden found that female maths undergraduates did not do worse on a difficult maths test under stereotype threat conditions. The authors speculate this finding is contrary to the US research results due to what they describe as a “strong cultural emphasis on gender equality” in Sweden. This gives me hope that the day might still come when society stops lazily assuming I’m good at science despite being a woman, in the same way that society doesn’t assume that Nobel Laureate Peter “God Particle” Higgs is good at science because he is a man. I’m good at science because I’m a person who is good at some things and not so good at other things. So let’s work towards a society that recognises both men and women simply as people, and let’s certainly stop strapping fridges to women’s backs before they even reach the starting line of their education and careers.

[Image is a black and white photograph of three figures in discussion at a table. On the left sit two women, one a pale skinned woman with long wavy hair who is using a laptop computer, the other a black woman with long tightly-curled hair and glasses who is speaking. On the right there is black woman with very short hair and glasses who is listening to the speaking woman. The photograph was taken to Mike Ngo and belongs to #WOCinTech Chat, an initiative to provide stock images of women of colour working in tech, to better represent who can be a tech worker in the 21st century. The photo was found on Flickr and is used under a Creative Commons License]