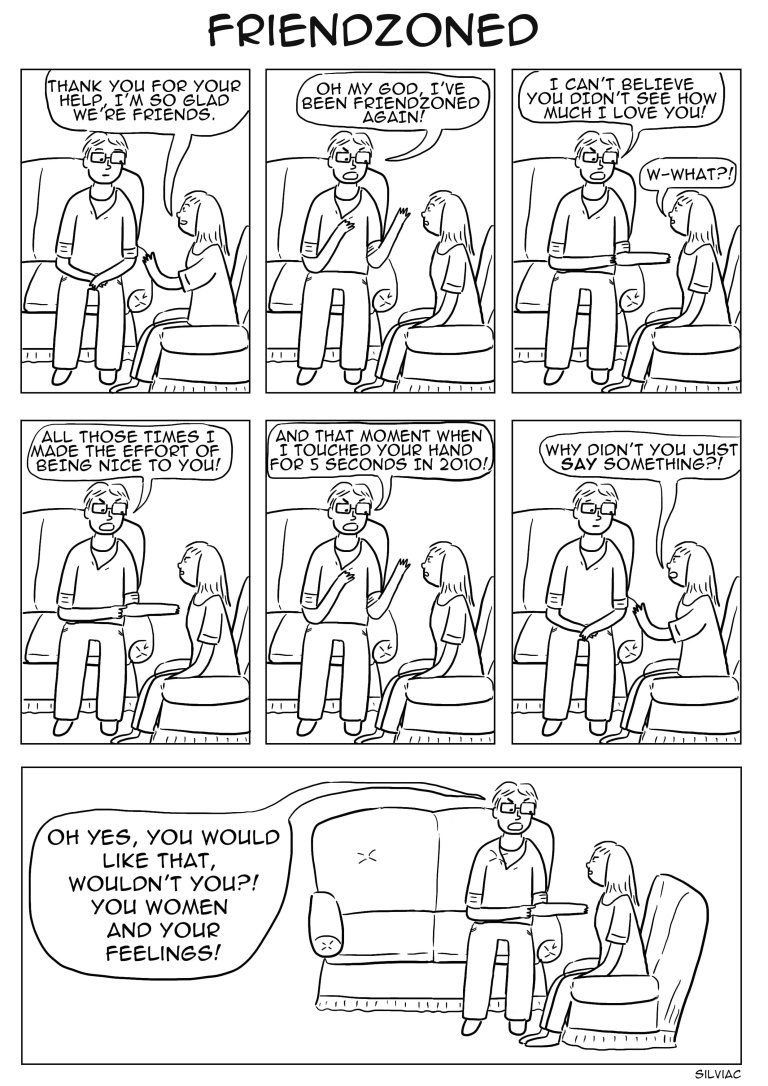 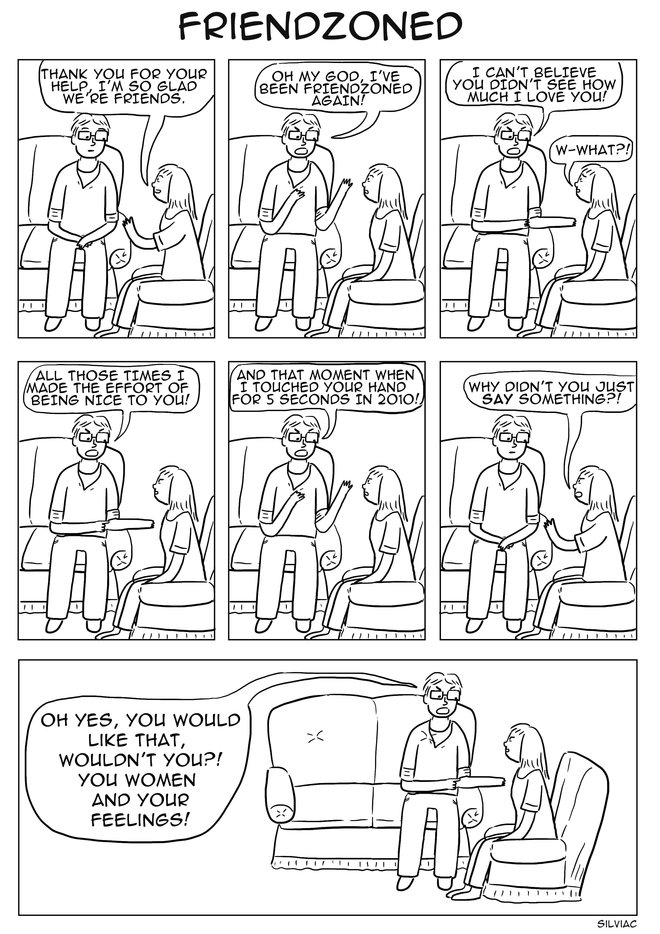 Silvia Carrus is an Italian illustrator and comic artist, living in London. She loves to make comics about feminism and animals, and has recently self-published the comic ‘Feminist Cat’. See her work on Tumblr.

This month’s comic depicts a man bemoaning his lot as a “friend” when his female friend should have noticed the “signs” he gave her of his undying devotion – like being nice and holding her hand for five seconds in 2010.