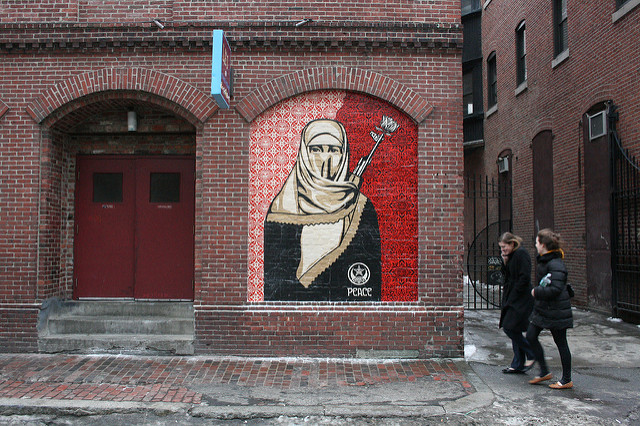 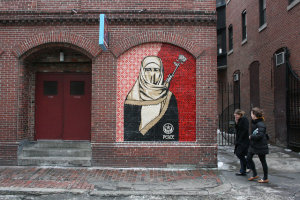 #TraditionallySubmissive: How 30,000 British Muslim women like me took down David Cameron (By Shelina Janmohamed, The Telegraph)

From the article: “I think the word is wrong. Aspiration suggests you’re somehow trying to get to the top of the tree. For me, the aspiration would be to think alternatively – what is the best quality of life I can have that supports other people around me? Otherwise people have lost their human value.. and I don’t want to aspire to that. I do want to go on holiday sometimes and buy my children decent clothes, but not at the expense of other people.”

Leaning in to the Feminine Mystique (By Lauren Murphy, Huffington Post)

Should we still respect Kanye West after his public fight? (By Amber Jamieson, The Guardian CiF)

When it comes to transgender rights, there’s nothing feminist about being a bigot (By Katy Guest, The Independent)

The Birth of Venus: Pulling Yourself Out of the Sea By Your Own Bootstraps (By Mallory Ortberg, The Toast)

Nine humiliating tory defeats you might have missed this week (By Bex Sumner, The Canary)

Julie Delpy and the Cluelessness of White Feminist Entitlement (By Kimberly Foster, For Harriet)

Sex Work Gives Me Anxiety – But For Me, It’s Better Than a Cubicle (By Magpie Corvid, Medium)

From the article: “Much of what would make my work safer or more convenient is illegal. If I offer services with a friend, we become an illegal brothel. If I rent a friend’s studio, she can be arrested as a brothel-keeper. If I hire a driver or security, they break the law by working for me. And of course, I face the risk that a client will turn out to be dangerous, and he will know my address.”

The image is used under a creative commons license with thanks to carnagenyc. It is a photograph of street art in Boston. The image is of a person in, what appears to be, a niqab. The person is standing staring directly ahead with their arms at their sides. Their veil is pale beige in colour, but their clothes are black and, on one sleeve, is a motif picked out in white that reads ‘Peace’. On one shoulder is, what could be, a case holding arrows (to use with a bow) but, where the sharp point of the arrow should be, there is instead a flower. The image is painted onto the brick wall of a plain-looking building. Two people in dark coats are walking past.