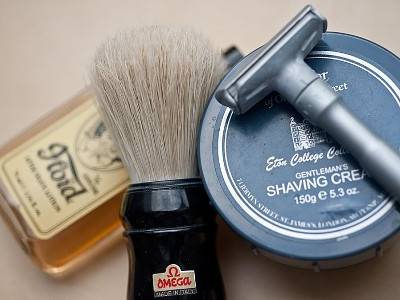 Why we don’t all choose the cheaper product

A few weeks ago, high street chemist Boots reviewed pricing of its own-brand products to address discrepancies that occurred when items marketed separately to men and women were the same apart from superficial gendering. This led to changes to the pricing of razors and eye roll-ons, as well as a call from Boots to their suppliers to undertake similar audits.

The main thing I took out of this at the time was that it shows how ongoing campaigning can be effective. This occurred following a Time investigation, but there has been activity on this for years. It can take time for these complaints to be heard and get coverage in mainstream media or discussed in political processes, so I think this is a move that should encourage us to continue being vocal on whichever issues we care most about.

Still, I wasn’t moved to write on the topic until I read one too many comment sections to related articles. There’s a very common response to this story, which I’m paraphrasing here:

There’s nothing stopping women from buying the cheaper products if they are really the same; as rational actors, they can decide to pay more if they want the more feminine product.

It apparently begs the question for some people: what’s the fuss about? Differential pricing happens all the time. Perhaps it’s just like choosing between basic and luxury versions of the same thing, or electing for a more bespoke coffee order that adds on 50p. Yes, it’s more expensive, but you could have gone for the cheaper option. It was there.

I contest this idea that we are functioning in the sort of world that allows us to talk about ‘rational’ decision-making as if it’s a given or means a fixed thing. Reason number one why people don’t buy the cheapest product: they don’t know there is a cheaper product.

It is very seldom the case that identical products aimed differently at men and women are next to each other, in way that makes it easy to compare specification and price per unit. The cheaper version might be the other end of the row or, often, in an entirely different section of the shop altogether. What’s more, if they are in separate sections, that’s normally because those sections are gendered – this way for women, this way for men, or in other words, this way is for you, this way is not for you. So it may often be that a woman buying a more expensive razor would never think of going into the men’s section to look for a cheaper version. Does that mean she’s making a rational choice to spend more? I don’t think so. She doesn’t hold all the information and it’s an unreasonable expectation that each consumer will be able to critically analyse pricing information from across the entire shop every time they enter, in frequently changing environments. Whether they choose to buy a pricier moisturiser because it contains wolf tears is one thing, assuming it’s next to the more standard offerings; this is a totally different scenario to comparing items in different areas, particularly when you have no reason to suspect you are being subtly ripped off.

So, yes, an important step is simply raising awareness and encouraging people to shop with this knowledge. But even if somebody is aware that there is a cheaper version elsewhere in the shop, that doesn’t mean they are making a straightforward economic decision if they buy the women’s version.

It isn’t an easy thing to challenge gender. We are so continually socialised to be certain ways to align with society’s gendered expectations of us. If products are spatially differentiated by gender (or even simply differentiated by packaging), there is a societal or identity cost to deviating from the expected purchase. For some, this cost will be great enough to counterbalance the monetary cost, which I think is easy to understand. I imagine that for many men, if women’s products were cheaper, they would still opt to use explicitly male products due to fear of undermining their masculinity by using women’s shaving products or toiletries; in a similar way, for many women, making a conscious decision to choose male-marketed products is challenging.

Perhaps some of the original commenters would point at this and say, aha, that is in fact a rational choice. If so, I don’t find it a fair one to be forced to make. It isn’t that all women buying pink, glittery products love pink and glitter and so will pay more; some don’t feel able to pay the non-monetary costs of deviating to male-branded products, even if they would be fit for purpose.

There is a wider issue here about those societal barriers, which of course I would like to see challenged and reduced. But while they exist, I can only cheer anything that reduces the exploitation of women they systematically cause.

The image is by beachballhead and is used under a licence that allows noncommercial use with modifications. It shows shaving apparatus arranged in a pile. In the middle is a traditional shaving brush with a black handle and the brand “Omega” and “Made in Italy” on it. To its right is a pot of shaving cream; the words (some letters implied) read “Eton College Collection/Gentleman’s Shaving Cream”. A grey razor lies on top of this. Under the shaving brush to the left is an out of focus bottle with amber liquid inside and writing that I can’t make out.