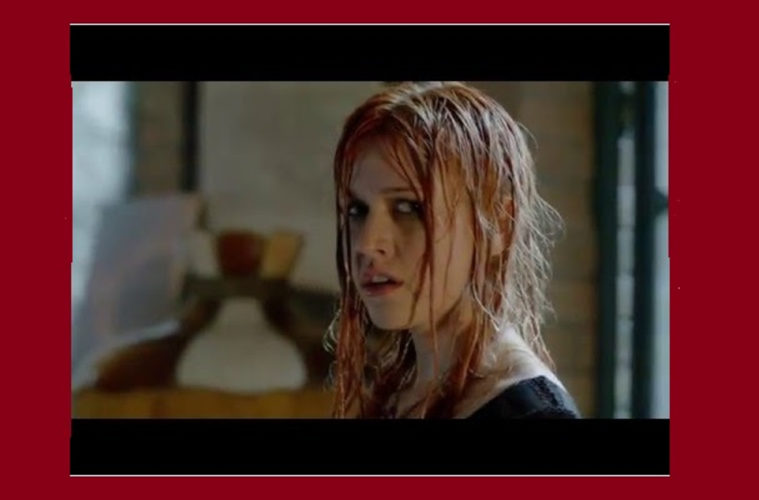 A shadow of progress?

The plot of Netflix’s new series, Shadowhunters, may sound a bit familiar to movie-goers. Adapted from the same source material as the 2013 film The Mortal Instruments: City of Bones, the difference between the two screen versions of Cassandra Clare’s Young adult fantasy novel series, The Mortal Instruments, speaks to the ways in which television is increasingly telling diverse stories that Hollywood cinema is not.

Clary Fray (Katherine McNamara) is an art student living in hipster Brooklyn. Her life is complete with frequent visits to independent coffee houses and open mic poetry slams, until her 18th birthday, when she witnesses a murder. All is not as it initially appears, of course, and Clary soon realises that she saw three Shadowhunters (humans with partial angel ancestry) slaying a demon. And after a demon follows her home and her mother, Jocelyn (Maxim Roy), disappears, Clary calls on a variety of supernatural beings: shadowhunters, warlocks, werewolves and vampires, in order to both find her mother and to understand why demons, along with the rest of the shadow world, are so interested in her.

In the era of Shondaland’s diverse casting on popular shows such as Scandal, Grey’s Anatomy and How to Get Away with Murder, television is becoming a more diverse place. Yet it’s unfortunate that this diversity has often failed to reach television programmes aimed at teenagers and young adults. Shows such as Beverly Hills 90210 and Dawson’s Creek indicated that teenagers longed to see idealised reflections of their own adolescent growing pains. (Granted, these characters are not only wealthy, but also have perfect skin, unlimited finances and parents who don’t impose restrictions.) However, they had almost exclusively white casts and thus, at times, seemed to have quite a narrow view of one particular type of teenage experience.

Female friendships are often portrayed as being rooted in competition, with ostensible best friends falling into a cycle of betrayal and forgiveness

While, like City of Bones, Shadowhunters still has two heterosexual white teenagers as its protagonists – Clary and love interest Jace Wayland (Dominic Sherwood) – the supporting cast has become far less white-washed. Vampire Simon (Alberto Rosende), Shadowhunter Isabelle (Emeraude Toubia) and werewolf Luke (Isaiah Mustafa), written as white characters in the novels, are cast with Latino or black actors – with Simon a rare television representation of a Hispanic Jewish character who is impervious not to crosses, but Stars of David.

The series also includes diverse representations of sexuality. In the days of Dawson’s Creek and Melrose Place, gay (although still white) characters were sidelined, limited to a chaste romance and perhaps one brief kiss over several seasons. Now, Shadowhunters’ warlock Magnus Bane (Harry Shum, Jr) and shadowhunter Alec Lightwood (Matthew Daddario) have a budding relationship that the show treats with as many sighs and squeals as any of the heterosexual ones; both the interracial and the same sex are portrayed as uncontroversial and unremarkable.

In addition, there is a particularly enjoyable dynamic between Clary and Isabelle. Due to the demands of small casts in teen dramas needing to provide all of the plot-driving conflict between them, female friendships are often portrayed as being rooted in competition, with ostensible best friends falling into a cycle of betrayal and forgiveness. For example, the female friendship in One Tree Hill, which included sleeping with friends’ boyfriends, felt incredibly incongruent with the friendships I had as a teenager. At the time, possibilities (including romantic ones) seemed infinite and female friendships felt life sustaining. There was no doubt for me and my friends that we would meet plenty of potential partners, but none would be worth destroying something as precious as a close friendship. Meanwhile, Clary and Isabelle are not competitive, nor is there any suggestion that they have the least bit of interest in dating the same men or even feel divided over male attention.

While Clary and Isabelle’s friendship is initially cautious, it is refreshing that they are not divided into the clichés of the ‘good girl’ and ‘bad girl’. Isabelle’s penchant for tight, revealing clothing is commented on briefly without judgement (“she’s comfortable with her body”) and rather than condemning her sexuality or ascribing it to being the result of childhood trauma or low self-esteem, the show treats it as an expression of her vivacious personality and extroverted nature. However, it can also be noted that when Isabelle doubts herself, she begins to wear conservative dresses and emotionally withdraw. This possibly seems to be keeping with teen shows’ tendency to be conservative by nature. However, it is still unusual for young women’s openly expressed sexualities to be treated as an innate part of their personality rather than as a result of pain and trauma.

Unusually, the adult cast members are also cast in an age appropriate manner. On The O.C., viewers were expected to believe that Melinda Clarke and Kelly Rowan were old enough to be parents of actors in their mid-20s. In youth-obsessed Hollywood, actors in their late 20s and early 30s are treated as interchangeable with the 40-something parents of teenagers. This makes it unsurprising that female actors complain there are no roles for women over 40 – these parts are simply filled by younger women. Yet the actors in Shadowhunters who play parents, such as Maxim Roy and Isaiah Mustafa, are the same age as their characters. This may seem like a small choice, but for an older viewer, the show seems less invested in artificially maintaining an entirely youthful cast. Like the racial and sexual diversity, this is a welcome step forward for a show aimed at teenagers.

Shadowhunters is far from a perfect television show – there are, for example, considerable issues with the cinematography and the quality of the images. However, in the genre of YA television, it is far more realistic and relatable than recent teen-focused blockbusters, such as City of Bones or even Twilight and The Hunger Games, with their predominantly white, heterosexual casts. This means teenagers are finally able to see a more interesting and diverse fantasy interpretation and this is incredibly exciting.

Side-on head and shoulders screenshot of a bedraggled and wet-haired Clary Fray with her head turned towards the camera and looking to her left, against an out-of-focus background. Used as the promo image to accompany a Shadowhunters trailer. By Netflix and shared under fair dealing.]

Nick Beard is a long-term fan of YA fantasy television; she still loves to rewatch her Roswell DVDs. She is a PhD student who lives in London and tweets about feminism and fantasy @beardy911