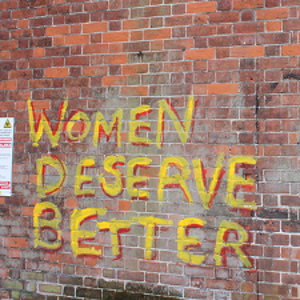 How unconscious bias is a barrier to mothers 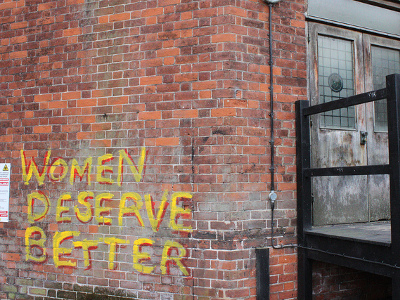 This year’s theme for International Women’s Day is “Pledge for Parity”. Five options have been listed as being pivotal to reducing or eliminating the inequality gap between the sexes and unconscious bias is one.

When discrimination is practised openly it can be quite often be challenged. Feminism was a powerful force in the 1970s in getting the state to recognise that mandatory policies were needed to give women equality through rights. While women still have some way to go before achieving true equality there are laws that prevent discrimination.

What, though, can women do when we are being held back by a different form of discrimination: one that is a nuance, an unspoken word and is practically intangible? In fact the perpetrator of the discriminatory act may not even realise that they are being so. This is what unconscious bias is about.

The Equality Challenge Unit defines it as

[A] bias that we are unaware of, and which happens outside of our control. It is a bias that happens automatically and is triggered by our brain making quick judgments and assessments of people and situations, influenced by our background, cultural environment and personal experiences.

Shelley J. Correll from Stanford University writes that unconscious bias is one reason for the motherhood penalty: the disadvantage that mothers suffer in the workplace. The penalty is that mothers earn less in the workplace, including less than women without children, and mothers who take family leave are less likely to be promoted.

The motherhood penalty is the pits because it manifests itself in so many ways. As a mother I have suffered from the visibility problem in the workplace. I used to work part-time, which meant that I was not always a face in the office seated in front of the computer giving the impression of being committed. The fact that I chose to work part-time and was paid a commensurate part-time wage did nothing to mitigate the visibility penalty.

The hidden problem was unconscious bias: mothers who work part-time either cannot cope with promotion or do not deserve to be promoted. Another barrier is the perception that mothers cannot be relied upon to get important work done because family issues will always take priority. This is one bias that is easy to debunk. Mothers who have to prove themselves in a company-biased culture which demands loyalty will often take work home while juggling a family emergency. Mothers can be trusted employees.

Compromise works two ways though. Companies and organisations have to recognise that emergencies do happen and sometimes it takes precedence.

According to Correll it is not mothers who have a problem. Companies operate by stereotypical attitudes that perpetuate the problems of unconscious bias. So a biased stereotypical attitude favours fathers over mothers because men are not seen as having domestic responsibility beyond bringing home a steady wage.

Women with childcare responsibilities aren’t the only ones who need flexibility to achieve a work/life balance. The dilemma of an ageing population has resulted in women taking on caring responsibilities for their elders, whether or not they have children. When the state cuts funding, women often step into the breach.

Change has to be initiated by the top brass of any company or organisation. This change would take the form of rethinking old norms and instituting new ones through company policies, awareness-raising and by providing courses for managers on tackling unconscious bias. Inaction causes companies and organisations to lose out on being able to select talent from a wider pool of people, which includes mothers. Women are achieving higher levels of education and are keen to earn a wage and the simple truth is that the working world cannot afford to rule out an entire cohort.

From a feminist point of view, the struggle is to put an end to the feminisation of poverty. There are increasing numbers of households headed by women either because they are single mothers or have partners who earn less than they do or are not in employment.

While I have chosen to write about how unconscious bias hits women in the workplace it is important to remember that unconscious bias also affects mothers who stay at home but in different ways. A stay-at-home mother is judged in capitalist terms as being out of work, while ignoring the valuable work being done at home. The fight against gender disparity involves all mothers.

The photo uses was taken by Devon Buchanan and is used under a creative commons licence. It shows graffiti on an exterior brick wall, with the words “WOMEN DESERVE BETTER” in yellow letters with red shadowing. There is a wooden door with some steps leading up to it visible to the right of the image.