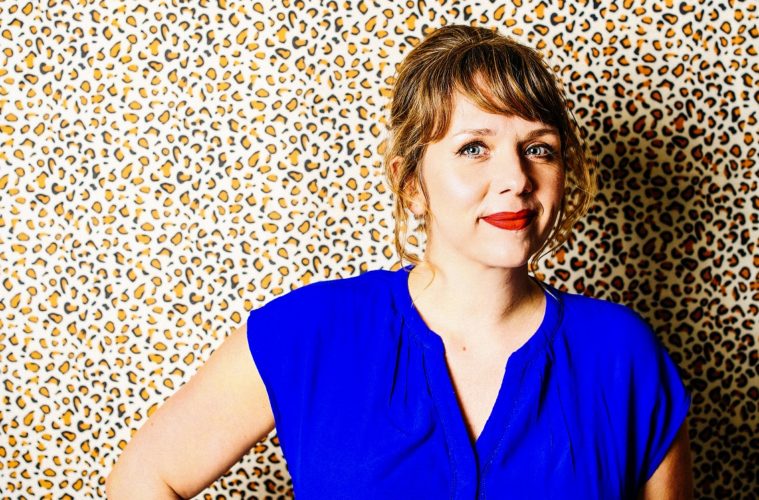 Getting to know a comedian is a bit like the feeling on a first date. With the comedians I most enjoy, there’s always one particular moment of recognition. The experience is a bit like falling in love (or learning to drive a manual transmission car) in that it can be difficult to describe to someone who has not yet experienced it. It is perhaps best described as a moment where you realise that your world-views mesh. It is a joke which convinces you that while this is a person who may be far funnier, more charismatic and confident than you are, they are also someone who has wondered at the same quirks and ridiculous aspects of life as you. At comedian Kerry Godliman’s show at central London’s The Boat Show, earlier this year, this moment for me was when she reaches her joke about wearing a burqa on the school run.

Jokes about burqas are admittedly dangerous territory for a non Muslim comedian and I admit to a moment of nervous anticipation. Yet unusually for those who tackle multiculturalism, Godliman does not journey into political territory, she simply jokes that on some days, she feels so uncomfortable with her own appearance that all she wants to wear is a burqa in order to hide herself from neighbourly gazes and judgement. It is a small joke in the midst of a larger point regarding women’s beauty regimes, but there is something universal about it; Godliman’s subtext is that all women are constantly judged by their appearance

Best known for her time on the Channel 4 programme Derek, Godliman delivers a less obviously feminist set than comics like Katherine Ryan or Bridget Christie. The appeal of her comedy lies in presenting the contradictions and humour of her family life. In an era when women often feel pressured to present a ‘Pinterest perfect life’ and social media is often a biting tool to make women feel inadequate (something society has been successfully achieving for decades), there is a sly subversion in revealing that actually, Godliman’s life is not perfect and motherhood can be difficult and unfulfilling.

During her act, she describes screaming at her children in the grocery store for rejecting specific types of pasta: “You don’t care at all about shape when it’s chocolate, do you?” By making the omnipresent fear that parents have of public judgment into a source of ridiculousness, Godliman is subtly demonstrating that frustration and impatience is a reality for all parents, even if they did appear on a comedy programme with Ricky Gervais. Women are often incorrectly societally cited as being more naturally gifted at dealing with children, leading to a kind of idealisation of the responsibilities of motherhood. Godliman punctures that delusion, noting that it can be frustrating and, at times, unrewarding.

Godliman also examines the societal construction of male and female friendships. Male friendships, she notes, can seem from the outside to be rooted in a show of dislike. Women, she argues, would never give a friend a brutal nickname: “No woman has ever introduced her mates as Hairy Tits Helen and Cries too Much Claire.” It’s an interesting look at the cultural idea that close platonic female friendships don’t threaten femininity, but heterosexual men feel more uncomfortable with uncomplicated closeness with other men.

When some extremist men raise the spectre of the outdated, outlandish idea that women are not funny, one of their main arguments seems to be that women discuss ‘women things’, which, as writer Dean Burnett notes, basically means that “…’women comedians talk about things from the perspective of a woman’. […] There’s a good reason for that, can you guess what it is?”

Godliman often covers topics which could be labelled ‘women things’: motherhood, attitudes towards aging and even shopping for a washing machine. Yet while plenty of male comedians refer to lad culture and their understanding of male friendships (or the female friendships of their wives and girlfriends), Godliman’s baffled woman’s perspective feels like a new and different take on the material.

I particularly enjoy Godliman’s humorous sketches on aging. It can feel at times that female comedians are constantly well-groomed and fashionable; I’ll admit that I’ve come away from shows by Luisa Omelan and Katherine Ryan envying their make-up and wardrobes. Yet Godliman is quick to reveal the reality behind these perfect stage appearances, describing her journey to a department store to find an eye cream as a confusing, terrifying and frustrating experience. She is quick to point out the commercialisation of youth (is eye cream really an essential product for most women or is it simply playing on fears of becoming older and less noticed by society?) Aging is certainly an issue which can be complex and difficult for many women, yet I hope that I’ll be able to handle it with the sense and humour that Godliman maintains in her comedy.

Godliman almost seems to be rebelling against expectations of women in comedy simply by embracing the humour of her life as a parent and proving that women talking about ‘women things’ are indeed incredibly funny.

Godliman can be seen performing regularly. A list of her upcoming gigs is here.

Photo courtesy of Kerry Godliman. She looks directly at the camera with her hand on her hip and she is smiling. Godliman is wearing a blue dress and is in front of an animal print background.

Nick Beard lives in London and is lucky enough to see comedians from all over the world. She has become reasonably convinced that men too can be funny. She is a PhD student and can be tweeted at @beardy911.