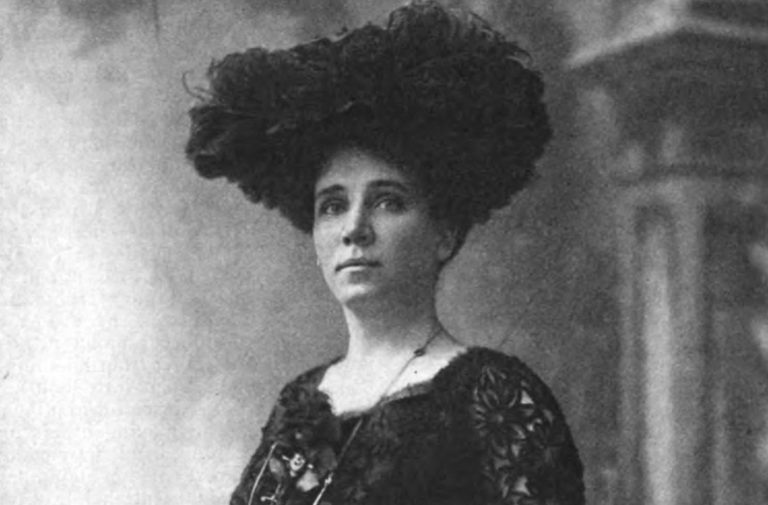 Last week I went to see The Master Builder at the Old Vic. I enjoyed it, though it’s also true to say that I still have a way to go before I really ’get’ Ibsen. However, having now read the reviews after seeing the show, something really sticks out for me.

The play concerns the master builder of the title, Halvard Solness (played here by Ralph Fiennes), an ageing architect. In the first act, a young woman, Hilde Wangel (Sarah Snook, who is fantastic), appears at his door. He does not seem to remember meeting her, but she tells him that he came to her town 10 years previously, when she was 12 or 13, and built a church with a high spire. She tells him that on the day the building of the church was celebrated, when they were alone in her family’s house, he kissed her and promised her that he’d one day build her a kingdom. She describes him kissing her on and on and bending her over backwards, so this is no innocent peck on the cheek. Within the world of the play, there is no indication of whether this really happened or whether it’s something that she’s made up consciously or unconsciously. It also seems to have been a positive event in her life; she’s been waiting 10 years to see him again and claim her kingdom.

At the same time, in recent weeks in the UK, we’ve heard about Adam Johnson, the footballer who used his celebrity status to groom and then to kiss a 15-year-old schoolgirl leaving her feeling “used and let down”. This isn’t a new pattern: Bill Cosby, Max Clifford, Rolf Harris and many others have used their power to sexually assault young girls and relied on their position in society to ensure that their victims felt that they would not be believed if they spoke out. And of course, in contrast, there are plenty of people who don’t remember their early sexual experiences with older people as negative things at all.

Ibsen’s play was published in 1892, and I think we’re still working out how anyone, especially women, can achieve authentic sexual self-realisation within or outside of the patriarchy

I would say this aspect of Ibsen’s play, especially now when as a society we are reconsidering some of the things that have happened in the recent past, is fascinating. What is the interplay between power, gender and sexuality? Is the relationship between Solness and Wangel a meeting of minds or an abuse of power? Is Wangel’s idolisation of Solness the natural result of her admiration of his impressive abilities as an architect or simply a reflection of meeting him when she was at an impressionable age, aided by his absence from her life following their encounter enabling him to remain a hero in her eyes? Ibsen’s play was published in 1892, and I think we’re still working out how anyone, especially women, can achieve authentic sexual self-realisation within or outside of the patriarchy.

And yet you don’t see these questions being asked in any of the mainstream reviews of the play.

Michael Billington in the Guardian only says that Wangel “claims the kingdom he promised her when she was a 13-year-old girl” and goes on to expand that “Ibsen’s play was partly inspired by his infatuation with a girl he met on holiday”. After that, we just hear that Solness is “trapped in a joyless marriage” and “sexually recharged by Hilde’s arrival” before being told that Wangel’s “inordinate demands later prompt Solness’ downfall”. What might be happening with Wangel herself isn’t touched upon; she only exists to further Solness’ story.

Quentin Letts in the Daily Mail doesn’t mention the kiss at all. He’s full of praise for Snook, though much of it relates to her appearance: “… her long dress hitched up to betray pinkish pins. Her top half encased in a bierkeller barmaid’s waistcoat and she raises her arms to accentuate her bust.” Her legs are “betrayed” are they, like a sneaky enemy? Her top half is “encased”, a thing which only ever happens to an object. And I had no idea that every time I pointed at a misogynist or reached up to a top shelf to retrieve my dungarees I was consciously accentuating my bust.

Andrzej Lukowski in Time Out at least acknowledges the paedophilia element of the play, writing that Wangel spins “a fantastic – and probably true – yarn about Solness snogging her a decade ago and promising he’d come back when she was grown up” but he goes on to write that “she fills the unfortunate role of Manic Pixie Dream Girl, popping into his life with a loud, posh voice and saying a series of unsayable things that force him to confront his grief head on, with unhappy results.” So again, the things she says are considered only in relation to how they might affect Solness, not given any weight for them themselves or what they might reveal about Wangel’s state of mind.

Of the online reviews I’ve read, only Jane Shilling in the Telegraph seems willing to engage, at least a bit, with Hilde Wangel as a person in her own right. She writes: “Snook’s Wangel is a creature of infinite complexity: beneath a bold, minxy manner … are intimations of a troubled home life and a powerful identification with loss and suffering”, but once again there’s no mention of Solness kissing her, or even how that might have contributed to any troubled home life.

I understand that the world has changed since 1892, and what might have seemed acceptable then might not seem acceptable now, but surely one of the reasons for putting on plays from the 19th century in the 21st century is that they can hold a mirror up to our society and help us navigate our current political, social and ethical worlds? Considering the response of newspaper theatre critics to The Master Builder alongside the reporting and commentary on the Adam Johnson case demonstrates to me, anew, that we have a long way to go before we’ve really internalised the lip-service we pay to two important ideas: grown-ups shouldn’t use their power to enable them to have sexual contact with children, and women, particularly very young women and girls, are not just mere vessels or objects for the desires of men, they are people in their own right. These principles apply to everyone, not just footballers.

Image is a black and white photograph of Elizabeth Robins, discovered using Wikimedia Commons. Robins was the first actor to play Hilde Wangel on a UK stage in 1893. She looks calmly just above the camera and is either wearing a big fluffy hat or has a lot of hair.