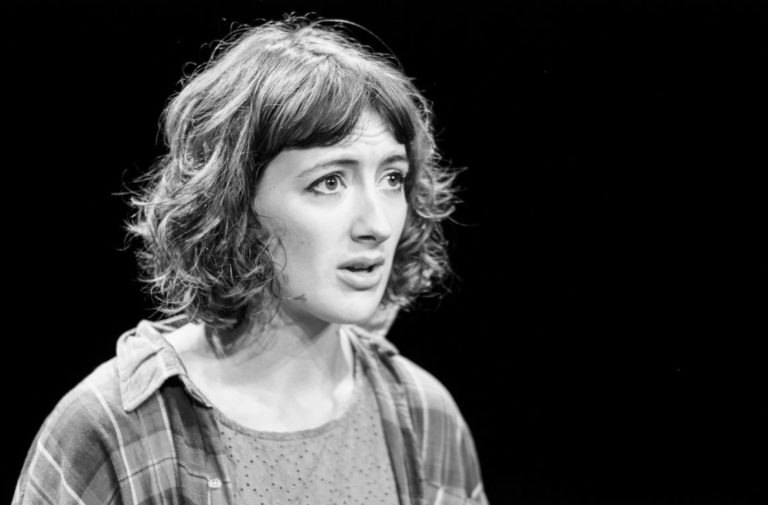 For Broken Leg Theatre writers Anna Jefferson and Alice Trueman, Three Generations of Women began as a research project. They set out to create a play reflecting the experiences of women in the United Kingdom across generations, so they began interviewing women across the country, and collected stories online. From this process the play was born. What results is a thoroughly moving story of six women, of three different generations, and the issues they’ve faced growing up female in the UK.

Responses to the research are integrated into the production to great effect. At its opening and closing, a selection of voices share the best piece of advice their mothers gave them. These snippets stretch all the way from safety tips: “Don’t talk to strange men,” to the wise voice of experience: “Don’t over pluck your eyebrows. They won’t grow back.”

Placing these voices side by side with the play’s main narrative works well. It connects voices from the past and present, and places the individual characters within a larger social and historical context. While the play follows only one set of women, it gives voice to experiences and social attitudes that are much wider reaching.

Initially, the links between these three threads are unclear, but the tight, skilfully woven narrative smooths the transitions between decades, and quickly fills in the gaps

We first meet Frankie (Nicola Harrison) and best friend Maya (Emily Spetch). Frankie has just moved back in with her mum Gilly (Moir Leslie), and as with many parent-child relationships, things are complicated. In relatively short scenes, abrupt dialogue makes their tense relationship clear. Another character, Elsie (Gilly Daniels), appears on stage separately, her connection to the others initially unclear.

Gilly’s illness has added further strain, while Frankie’s impulsive side seems designed to agitate her mother. But there’s a great deal of tenderness between them: Frankie is genuinely worried about her mum’s health, and Gilly knows that love drives her daughter’s actions.

Leslie is pitch-perfect in her role, balancing Gilly’s love for her daughter with her impulse to protect herself when the past is unexpectedly dragged up. This relationship and its complexities forms the jumping-off point for the rest of the play’s action.

Soon, we’re skipping back and forth in time between the present day, Gilly’s reminiscence of her university years and Elsie’s memories of the dances of her own youth. Initially, the links between these three threads are unclear, but the tight, skilfully woven narrative smooths the transitions between decades, and quickly fills in the gaps.

All seek independence, and display confidence and self-awareness. No matter what the circumstances, these traits transcend time

Dealing with six different characters, the writers run the risk of overcomplicating the plot. This was thankfully avoided with a simple narrative, and the short scenes reveal only what is necessary to further the story. This too is well done, cutting unnecessary detail without compromising the impact of more emotional scenes.

There’s much in the play for an audience to relate to, regardless of gender. While the youngest characters are in their thirties, and by all accounts enjoy a relatively privileged, middle-class life, the issues they touch upon will resonate with a much wider audience: everything from sex education (or lack thereof), to raising children, to gaining independence from your parents.

The joy of the play lies in how seamlessly it weaves together the experiences of these three generations in their complexity. It is a celebration of how each individual woman finds ways to exercise power, as well as how strong they can be when they support one another. Similarly, it links these individual experiences to wider social changes in the UK over the last few decades. While each woman has carved out a place for herself, she is also subjected to restrictions on her freedom.

It shows the benefits of friendships that are nurturing and supportive, exemplified by Spetch’s characters, Maya and Liz, who are always there for their best friends. In contrast, Elsie’s monologues from an earlier generation show how the weight of strict, traditional values can get in the way of showing compassion to others, to everyone’s detriment. This is just one of the generational differences that are drawn out in the play, but what is also striking are the similarities between all six women: all seek independence, and display confidence and self-awareness. No matter what the circumstances, these traits transcend time.

Most writers use personal experiences to inform their work, but the tacit knowledge here that the stories emerging from the stage are (more or less) true makes the play all the more engaging

Dealing with the experiences of three generations of UK women in one play is an ambitious goal, one which Broken Leg Theatre has succeeded in tackling head-on. While its themes hold a broad appeal, it is its basis in real women’s experiences which gives it power.

Fiction always contains elements of truth, but Three Generations of Women blurs the line between the two considerably and successfully. The actors on stage become conduits for the ordinary women whose secrets and struggles were shared as part of the project. Most writers use personal experiences to inform their work, but the tacit knowledge here that the stories emerging from the stage are (more or less) true makes the play all the more engaging.

Here, not only have the creators given us a highly moving and relevant play, they’ve also helped form a huge repository of stories that may not otherwise have existed. Both are prime examples of ways to amplify the voices of women who often slip under the radar of history, but whose lives are no less worth recording.

Three Generations of Women is a solid piece of theatre, yet it seems from the project’s website alone, there’s no shortage of material to work with. Like the overarching narrative of women’s history itself, the piece begs the question: where to next?

Lauren Hossack saw Three Generations of Women at the Greenwich Theatre on 1 March, 2016.

The production can next be seen at:
Carriageworks, Leeds, Thursday 10 March
The Old Market, Brighton, Tuesday 15 March
The Lowry, Salford, Friday 25 – Saturday 26 March (including a mother and baby friendly matinee)

Image is courtesy of Broken Leg Theatre. It is a black and white photograph of a young white woman with dark hair wearing a plaid shirt over a t-shirt. She is looking to the right with a questioning, alert and slightly disbelieving expression.