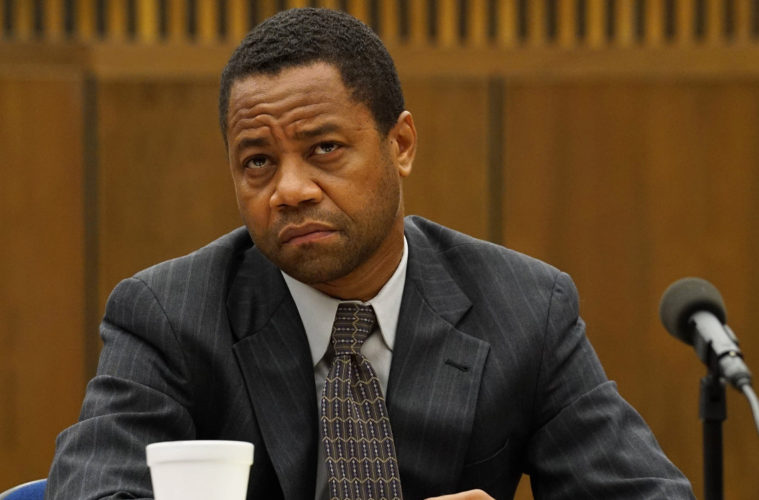 A case of clashing intersections

When watching The People v OJ Simpson, it is perhaps most notable how the conflicting tensions of 1990s Los Angeles is relevant in the modern day UK and yet so far away. The series’ in-depth examination of a major tipping point in celebrity culture seems both familiar and hopelessly naïve and serves as a vivid real-life example of clashing intersections of oppression.

Refreshingly, the mini-series doesn’t revel in the murder itself, instead opening with an event that provides the important context of the time: the 1992 riots in Los Angeles in the aftermath of the acquittal of the four Los Angeles Police Officers who shot Rodney King, an unarmed black man. This anger is timeless in the light of continuing conflicts in places such as Ferguson and Baltimore and, in the UK, the 2011 London riots after the killing of Mark Duggan.

The series then cuts to the beginning of the titular investigation, with local police officers finding the bodies of Nicole Brown Simpson and her friend Ron Goldman. Police officers immediately alert Nicole’s ex-husband, minor celebrity American football player OJ Simpson (Cuba Gooding Jr.), of her death and immediately suspect him of murdering her: his alibi is almost non-existent, he exhibits an oddly narcissistic focus when discussing the death and his emotional state is unstable. Most notably, the Los Angeles prosecutors are immediately made aware of previous calls Brown Simpson had made to the Los Angeles Police Department (LAPD) for protection from Simpson. From a modern perspective, with better understanding of the cycle and escalation of domestic violence, this is a story that is far too common.

Since the 1990s, understanding of domestic violence has increased but it still remains that cases are incredibly difficult to prosecute to this day. Plenty of aspects of the defence’s argument echo the myths used against women today – for example, that Brown Simpson was hypersexual and promiscuous. They also emphasise her friendship with Faye Resnick (Connie Britton) and her previous drug addictions.

Likewise, prosecutor Clark (Sarah Paulson) is held to a different standard than the male lawyers and judged by radio callers as to her attractiveness while attempting to balance her job with a role as a single carer for two young children.

There have been assertions by various cast members and producers that the show does not attempt to determine whether or not Simpson murdered his ex-wife. However, like the non-fiction book behind it, this mini-series never really presents any credible suggestion that someone else murdered Brown Simpson and Goldman.

Overall, the series presents a nuanced portrayal, showing an appreciation of the mistakes made by the prosecution, but still presenting an understanding of the sexism faced by Clark.

The defence counsel is portrayed as being aware of that things don’t look good for Simpson and therefore looking for a strategy to confuse and complicate the evidence. Yet, unlike the book, the series expands its portrayal of defence lawyer Cochran (Courtney B. Vance), who is often presented as an amoral architect of Simpson’s defence. When lead counsel Shapiro (John Travolta) devises the idea of portraying Simpson as a victim of the racist LAPD, journalist Toobin (Chris Conner) is sceptical. “Is this really the strategy you’re going with?” he asks. Simpson himself is not convinced, telling his attorneys, “I’m not black. I’m OJ”. In keeping with this, multiple characters make the comment that Simpson has no sense of empathy with the black community or interest in achieving racial equality, saying that once he found success as an athlete, he preferred to present himself as a figure who transcended race.

The series also provides a silent comparison between Simpson and Cochran, the successful lawyer with strong views on fairness and justice. Cochran may believe Simpson is guilty, but his concerns over the way the LAPD treat black men are very real, with one episode showing a heartbreaking flashback to a scene of racial harassment by the police in front of his daughters. The drama presents two opposing views on ending anti-black harassment and discrimination – Cochran is the loud voice outside the system, while prosecutor Christopher Darden (Sterling K. Brown) quietly works within it, attempting to use his role for incremental change. The series acknowledges both positions, and allows both characters to be right some of the time, while wrong at others.

The People v OJ Simpson is interesting in that by portraying the factual history of the OJ Simpson trial, it is able to grapple with racial inequality, domestic violence and even the nature of fame (complete with cameos from the young Kardashian children). As the continued prevalence of both domestic violence and police injustice demonstrates, the figures in this case certainly weren’t able to provide all the answers, but it was a case that helped these issues to become engrained in the public consciousness. The People v OJ Simpson does an excellent job of keeping these struggles fresh in the audience’s mind.

[Image description: Court scene from episode nine (Manna From Heaven) showing Cuba Gooding Jr. as O.J. Simpson, looking up with a furrowed brow. His hands are clasped in front of him and there is a polystyrene cup next to his right arm. Image credit: BBC/Fox. Image copyright: Fox. Shared under fair dealing.]

Nick Beard is a legal nerd, hoping that one day a miniseries will be made about the lives of Baroness Hale or Ruth Bader Ginsburg. She is a PhD law student and can be tweeted @beardy911