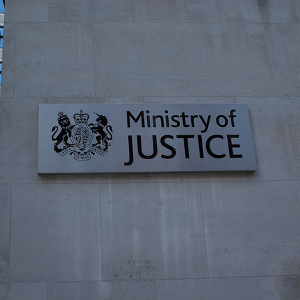 An appeal to justice There’s a new plan on the horizon for the government to make money. You may be shocked to discover that this particular plan doesn’t revolve around tackling tax evasion or minimising opportunities for tax avoidance. Neither is it likely to impact very high earners. In fact, the genius of this plan is that not only does it gravely harm some of the most vulnerable people in society, but they also happen to be popular scapegoats at the centre of heated national debate, so the likelihood of a loud outcry against this injustice is minimal. Trebles all round!

I’m talking about proposals to increase court fees for asylum and immigration tribunals. And while we know that politicians enjoy large increases, recently voting for a pay increase for themselves of 10% last year and another 1.3% nine months later, this proposal really outdoes all that, with the increases suggested reaching over 500%.

The most basic fees, for an application for a decision just on legal papers, in the first-tier asylum and immigration tribunals would rise from £80 to £490, while a full hearing would rise from £140 to £800. At the moment there is no fee for applying for permission to appeal to the upper tribunal against rulings made in first-tier tribunals, but a £455 fee would be introduced (which actually is an increase of infinity %).

The appeals process is very important. In 2014/15, 32% of cases heard in the upper tribunal were allowed or granted. That means that in one third of appeals cases, the original decision was reversed in the appellants favour. That affected 2,200 people. And that’s the lowest proportion of the last five years; in 2010/11, for example, 48% – nearly half! – were allowed or granted, which is about 3,150. Bear in mind these are cases that are already at their second appeal; even more will have been reversed in the first-tier tribunal.

And that all makes sense. While we’d like to think of the law as a perfect, objective process, it is made up of individuals, who can be affected by all sorts of things, including pressure to reduce the movement of people into the UK, their own biases and prejudices, and even how recently they’ve eaten. When I was researching the process in the UK for women claiming asylum based on their sexual orientation, I found the following statement from Judge Spencer in the appeals case Tiong v SSHD in 2012, where the appellant, a trans man (repeatedly misgendered in the case), had experienced physical assaults including stabbing and feared for his life:

The appeals processes are there to catch these things. And they probably don’t do that perfectly! But it is an extra guard against legitimate cases being dismissed too readily. It should be available for all and we should be able to take pride in a system that supports those who need it most.

A fee increase of this kind is outrageous. There are mentions of possible exemptions, for those using legal aid or asylum support, for example, but many people who would be most affected by these fees will not be versed enough in our legal system to be accessing these, even if they would be eligible.

And it would be fair to guess that this will have a gendered impact, given that women are typically lower earners than men. Whether they are immigrants working in the UK trying to appeal, or asylum seekers who aren’t allowed to work in the UK so must rely on existing funds, it will probably be particularly challenging to come up with several hundred pounds for a process that would have previously either been free or cost a much lower amount.

However, at this stage, all this is not set in stone. The Ministry of Justice is consulting on the proposed changes. It is important that we make it clear that it is unacceptable for immigrants and asylum seekers to field these costs. If you respond, you don’t need to answer every question – some are more technical and esoteric than others – but these are probably particularly critical:

Do you agree with the fee charges proposed in the First-tier Tribunal as set out in Table 1? Please give reasons.

Do you agree with our proposal to introduce fees at full cost recovery levels in the Upper Tribunal? Please provide reasons.

Do you agree with our proposals to introduce fees for applications for permission to appeal both in the First-tier Tribunal and the Upper Tribunal? Please provide reasons.

You can even copy/paste your responses to each of those, as fundamentally it comes down to the same thing. The appeals process is an integral feature of a just system that rectifies a large number of errors in judgement each year. Restricting access to this process will impact the most vulnerable in our society, either penalising them financially or denying them access altogether, forcing them to return to circumstances that may be unsafe or unacceptable. The UK must take a progressive stance on this matter and ensure people at risk are given the opportunity to appeal.

To respond to the consultation, click here. It is open until 3 June, 2016.

The photo is by Charles Hoffman and is used under a creative commons licence. It shows a sign for the Ministry of Justice on a stone wall, with bars to the left of the sign.