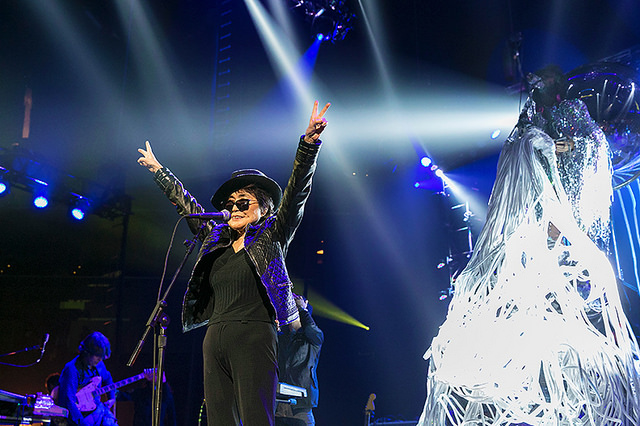 After a month’s hiatus, your musical hit returns with a vengeance! First up, a topical choice: the sound of sunshine that is Astrud Gilberto. The second track is by the enigmatic Leikeli47. Hailing from Brooklyn, the woman behind the mask can be seen sporting a colourful range of balaclavas in all publicity and performances, granting her a level of anonymity unheard of for most women in music. Read more about this elusive artist here and here.

I only discovered Ramona Lisa recently, but I’m looking forward to listening to more of her dark and brooding work. The side-project of Caroline Polachek, front-woman with the band Chairlift, the album ‘Walking in the Cemetery’ is taken from was, apparently, inspired by travels through Rome.

‘In God’s Hands’ is a staggering return to form for Bat For Lashes. Her new album The Bride is due out on 1 July and she’s touring in the months leading up to this, but many dates are already sold out, so nice work if you’ve successfully snaffled a ticket.

I really wanted to include Carly Simon’s ‘Why’ in this playlist, but can’t find it on Spotify anywhere, sadly. You can listen to the track and watch the video below – hope you enjoy.

The image is of Yoko Ono performing at an Amnesty International concert in 2014. Yoko is onstage, dressed entirely in black: trousers, top, jacket, sunglasses and hat. She stands in front of a microphone, arms raised above her head, in a victorious pose, with both hands making the international sign for peace. The picture was taken by Greg Chow and shared under a Creative Commons licence.