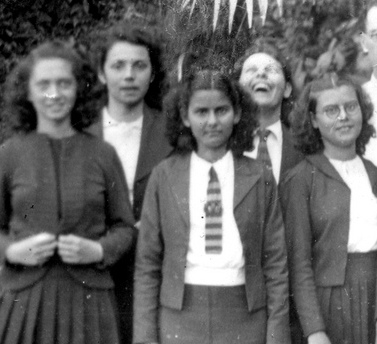 Slut-shamed by my teacher I’ve let this story go untold for many years, simply replaying it in my mind when I’m made to feel unworthy, that my gender is a disadvantage, or angry at how I see women treated on a daily basis. With everything in the media surrounding slut-shaming recently, I’ve decided to share this experience not only to clear my mind, but to simply let it be told.

This incident took place around 2008, when I was 14 years old and attending a secondary school in Surrey, UK. Now, for a little context, I was somewhat a misfit of a teenager. I had a close group of friends but my school experience was anything but easy. My friends and I dealt with daily abuse from fellow pupils for being emo or “weird”, and occasionally from teachers. But apart from this, I was just like any 14-year-old girl, unsure of who I was and kind of awkward, but trying to navigate my way through the hell that was school.

The story begins one morning break time, as my friends and I congregated around a small table in our library area, probably gossiping and just being teenagers. There were many other kids around (probably about 20) as well as a few library assistants. It was just like any other break time really; the day had just begun and we were looking forward to it being over. After ten minutes or so, one of our least favourite teachers (for this piece, I will call her Ms. Barker, not her real name) entered the library, scanning the surroundings for naughty children.

A silence descended over the library. Shocked faces spun around to mine – even my friends didn’t know how to respond

Now, just to set the scene, Ms. Barker was an English teacher, probably in her late thirties, who most people were afraid of for her stern looks and booming voice. I had no personal opinion on her, I had never been taught by her, but I knew I didn’t like her presence. None of the kids messed with Ms. Barker; she was kind of fierce in a bad way. To be honest, whenever I saw her I generally ignored her or avoided her. I don’t think I’d even spoken to her before this day.

“Excuse me young lady!” she bellowed. “Do you mind closing your legs or maybe wearing a longer skirt? I can see everything and I am sure you are making the male members of staff very uncomfortable!”

A silence descended over the library. Shocked faces spun around to mine – even my friends didn’t know how to respond. I looked straight ahead into the face of Ms. Barker, who was standing there like Ms. Trunchbull with her face fixed on mine. Red and puffy, she looked genuinely angry with me. I sat there shell-shocked, and I could feel my face burning red with rage and embarrassment.

I felt the need to stand up for myself, and shame quickly turned to rage

“Buu… buu…” I tried to make something resembling words come out, but my bottom lip wobbled instead, and I knew I couldn’t keep the sobs inside my mouth. I tried to get up, but Ms. Barker was already sashaying away from me dismissively. People looked at me – kids who before this incident probably hated me and had nothing nice to say to me – and you could see their embarrassment for me painted on their faces. That was the worst part. I wish someone had turned around and been a dick, but nobody could comprehend what had just happened.

I felt the need to stand up for myself, and shame quickly turned to rage. I got out of that chair with my too-short skirt and confronted her, although tears running down my face made me look pretty ugly, mascara everywhere.

Ms. Barker looked me straight in the face, as if nothing had happened: “I am simply pointing out that your skirt is far too short. You need to sort yourself out.”

And she left. Everyone around me had witnessed the whole thing, and girls who were previously enemies came up to tell me how “out of order” it was. For the first time in my life, I had been made aware how my gender and sexuality singled me out as something shameful, a period stain on the human race.

I think the worst part was that there were male teachers present, and Ms. Barker had accused me of making them feel uncomfortable. After the incident I saw some of those teachers in the corridors. They said nothing but it made those short walks to class incredibly awkward. And because of this, for a while I believed what she said. My skirt being too short had caused them embarrassment, the legs of a 14-year-old girl had brought unholy ideas into their mind.

It’s not about the skirt length. It’s not. It’s about how women talk to each other, and how we use female sexuality as a way to “embarrass men”, as if a pair of female legs is somehow sinful

Now, to the least important part of this story:­ was the skirt too short? Was I sitting there, legs wide apart and chewing my pen seductively? Of course not. Maybe the skirt was too short, I honestly don’t remember, but any less spiteful teacher would have taken me aside and asked me to buy a longer one. And it’s not about the skirt length. It’s not. It’s about how women talk to each other, and how we use female sexuality as a way to “embarrass men”, as if a pair of female legs is somehow sinful.

As soon as I came home that day, I told my mum what happened and she was shocked, not by my legs but by the fact that I was publicly shamed by a teacher. My mum was literally ready to go in there the next day and punch Ms. Barker but I didn’t want any action to be taken. I kept it as my own personal dirty not-so-secret. The next day, when I went back to school, kids came up to me and expressed solidarity, they were outraged. A girl even told me Ms. Barker had told everyone in her class about me and the incident, expecting laughs but being met with blank faces.

If I didn’t have my mum and so many strong, inspirational women around me, that day in the library could have scarred me in so many ways. My relationship with my body, with men, with sex and love. But I didn’t let her shame me, I rose above and taught myself that no woman deserves to be shamed by what they wear. And that’s why women have to stick together: so many other girls from my school approached me in the days after to show their support. Maybe they had felt similarly treated at some point, or maybe they’re adults now and they’ve experienced it since. I just hope if enough women come forward we can get rid of these ridiculous ideas that still exist even in schools.

[The image is an old black and white photograph of some school girls in school uniform – including highly variable lengths of skirt. An adult woman, presumably a teacher, looks on. The image is of some girls from Dow Hill School, Kurseong, India, belongs to Philip Howard, is found on Flickr and is used under a Creative Commons License.]