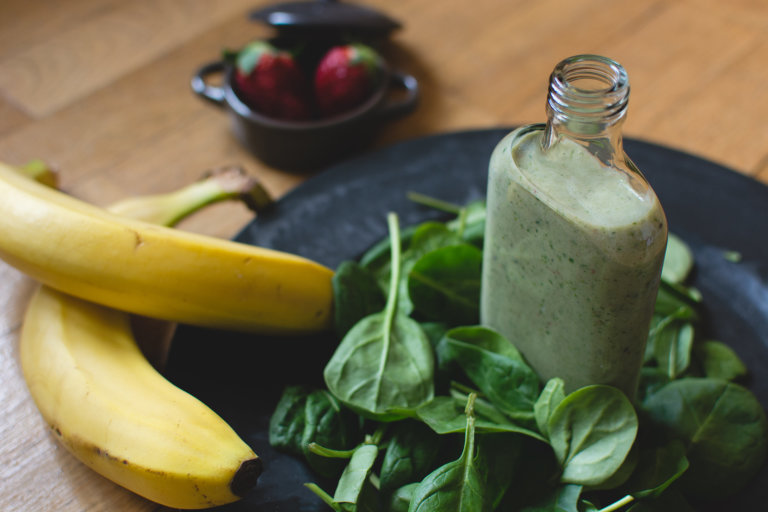 Sorry Origins, I’m not getting the glow – or buying your products Skincare company Origins recently announced their appointment of Madeleine Shaw as their “wellbeing ambassador” for 2016.

I was, up until this point, a big fan of their products. My skin is quite sensitive and I’d found a lot of other skincare brands too harsh and perfumed. The Origins range seemed to suit me and I liked using it, until Madeleine Shaw’s washboard stomach flashed up in my inbox.

On the face of it, Shaw and bloggers like her (Deliciously Ella, Oh She Glows, for example) seem to be promoting health and wellness, with their emphasis on exercise, yoga, meditation and a healthy diet. Most of these bloggers advocate a plant-based or mostly plant-based diet and choosing organic produce where possible. As a food writer for foodie social network Neeach.com, I’m pretty down with that – I just completed Veganuary and wrote a series of articles about veganism. There’s little doubt in my mind that following a mostly plant-based diet is better for the planet and probably kinder to our bodies, not to mention the poor old animals destined for the slaughterhouse.

The current tribe of “wellness bloggers” however, aren’t concerned about the environmental and ethical aspects of the diet. What they want us to do is “get the glow” and this, as far as I’m concerned, is just another form of tyranny imposed on women.

These wellness bloggers are inevitably young, white, heterosexual, cisgender and middle-class. Shaw is about as California-girl as you can get (even though she’s not even from LA), with her apple-cheeked blondeness, tight abs and perennial perkiness. In 2015 there was more discussion than ever before about the impact of unrealistic and homogenous female body images being promoted in the media and we finally started to vote with our feet on it (as the Protein World furore showed). It’s disappointing, therefore, to see Origins, a skincare range that caters for women and men of all ages and skin types, choosing this image of a thin, young, blonde woman to represent their brand. 25 year-old Shaw has the body of a young teenager, which the vast majority of women will never be able to achieve because they simply weren’t built with that physique, even if they got to the same number on the scale. This isn’t about “skinny-shaming”, and nor is it Shaw’s fault – I’m sure she’s a nice lass – it’s about an industry that persistently refuses to acknowledge the existence of other body shapes.

Wellness bloggers say they aren’t promoting dieting – they prefer the term “clean eating” which is problematic in itself. If you look at the list of foods that most of these blogs claim to be bad for you though (gluten, dairy, soy, meat, eggs, grains, sugar…the list goes on) you do actually start to wonder what they do eat. The answer is, a lot of expensive “superfoods”, which means that if you want to follow one of these programmes, you’d better have the money for your skyrocketing food bills. The whole wellness culture and everything that goes with it, along with Instagramming your super-healthy meals and cupboards full of chia seeds and goji berries, has also been implicated as a cause of orthorexia. Orthorexia is an obsession with “clean” foods and avoiding foods considered to be unhealthy or even poisonous. Former vegan blogger Jordan Younger spoke out about her experiences with this last year after becoming involved in the wellness blogging scene and it makes an interesting read.

The total self-obsession of these wellness blogs also bothers me. They aren’t just food bloggers posting recipes, they’re selling an entire lifestyle based on total focus on your body and appearance, disguised in “health and wellness” language. It’s enough already that women are expected to be perfect partners, mothers, daughters, employees and friends without having the added pressure to ensure that we look sufficiently beautiful and spiritual while doing it.

Origins have lost my custom (and my mum’s by the way) because I am sick to the back teeth of having this tired old crap shoved in my face, namely that as women, we are only acceptable if we look a certain way. I just don’t see any difference between the messages in blogs like Shaw’s and the image of the bikini-clad model in the Protein World ads, so sorry Origins – I’m not buying this “wellness ambassador” nonsense. Woman cannot live on green smoothies and yoga podcasts alone, so this one’s off for a curry, a beer and a new skincare range.

Liz Smith is a freelance writer and editor from Leeds. She writes about food, feminism, health and fitness.

The image used depicts fruit and vegetables and a smoothie.