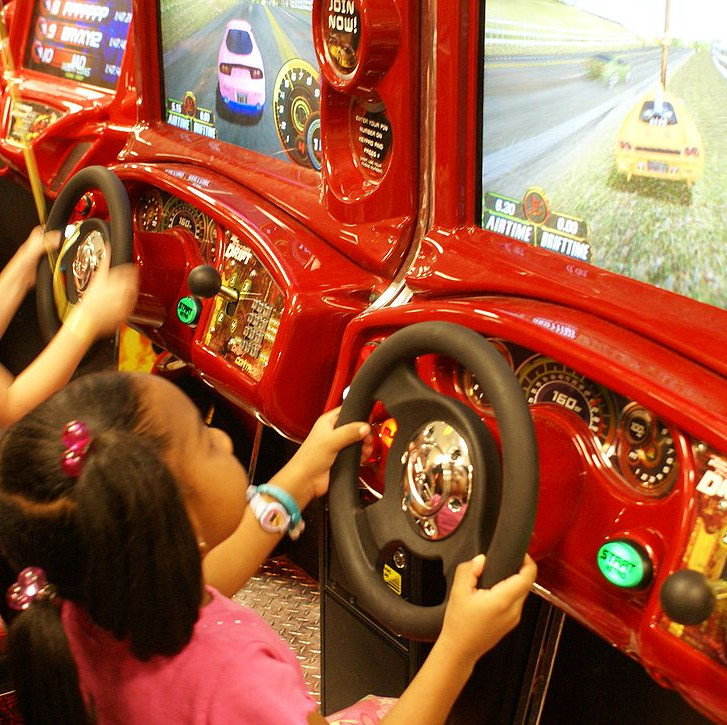 Emily Turner is our guest blogger for April. She has her own blog and tweets @emilyjessturner

As a woman, a journalist and a feminist, it can feel like you are repeatedly being told that the video gaming world is not for you. Media coverage of the industry and its wider community doesn’t help this. For an outsider, the discourse surrounding women in video games seems to oscillate between anger over issues such as online harassment, or Microsoft hiring “promotional” dancers dressed as schoolgirls at a developers’ networking event, to a very loud, indignant retaliation from gamers who claim that there is no problem, that women are welcomed into the gaming discourse – but that commentators such as Anita Sarkeesian ‘take things too far’ and invite the abuse she receives.

However, I’m not here to rant about GamerGate, female representation in games, the booth babe phenomenon or the term ‘gamer girl’. Consider this a hopeful look to the future.

Being a nineties kid, I grew up in the computer science gulf between the relatively female-inclusive world of computing in the early eighties, and today’s wonderful counter-cultural movement encouraging young girls to experience and to actively participate in creating the computing universe which began to emerge in the mid-2000s.

I’m not saying that I was deliberately alienated from games technology, but it was certainly decided for me that gaming wasn’t something I’d be interested in; by games marketing, the media and the computing industry itself together with well meaning family and friends who didn’t know any better, and partners who didn’t understand that I hadn’t grown up with access to this kind of media, due to both social and economic factors.

Because of this, it utterly delights me to see the contemporary drive to encourage girls and young women not only to play video games, but to start to learn how to contribute and shape that world. In addition to organisations such as Girls Who Code and Project Ada’s We Got Coders, products like Hello Ruby are encouraging children – especially girls – to learn about programming and writing software, and projects such as the International Game Developer’s Association’s Women in Games Special Interests Group, are actively striving to make the games industry a more welcoming and attractive field for women.

From my own, entirely peripheral point of view, the wider ramifications of this inspiring counter-cultural movement extends to self-inclusion. I’m an outsider – I’m fully aware of that. But when I see such a significant, positive movement to encourage women of my age and younger to see the video games world as a place that can (and should) include them, it’s starting to feel less like a sphere unable to facilitate people like myself, and more of a interactive, discursive space that can include everyone. Although almost completely ignorant about computing and technology, the medium of video games is starting to feel accessible to me.

In addition, I’m starting to be introduced (by incredibly patient and insightful gaming friends) to specific video game examples which not only offer an accessible platform into gaming and a low pressure interface which facilitates complete novices, but also evoke images and ideas which enable me to see myself within the medium.

Games such as Fear Less!, Fran Bow, Monument Valley and Gone Home are indie (that is, independently published) games which explore and/or even prioritise the female experience without falling into tropes or stereotypes of more traditional ‘games for girls’. Gone Home, a first-person atmospheric mystery story set in Portland, Oregon in 1995, evoked for me so many nostalgic memories of teenage self-discovery, and Fear Less!, a platform game about a girl running from a recurring nightmare, abstractedly reflected my ﻿own relationship with self identity and depression.

As 12 year old Suzy Bishop says in Wes Anderson’s wonderful Moonrise Kingdom, “usually I prefer a girl hero”, a sentiment that I can fully identify with at times. Games such as Monument Valley and Fran Bow explore vastly different universes through the eyes of two girls trying to discover who they are, which is, at the end of the day, everyone’s story.

Anatomy, a game produced by independent horror game developer Kitty Horrorshow, in particular has done this extremely well. A game which combines ideas of the gendering of architecture, the female grotesque, and body horror, this experimental horror exploration game involves nothing more complex for a gaming neophyte than simply walking around a house, but evokes a range of images and ideas that are relevant to the experience of having a female body, as I have written about on my own blog.

Video gaming is a brave new world for me, but it’s one that – with the right attitude of those within the discourse, and with a continuation of the inclusive drive shown by some games creators – I’m increasingly more excited to be able to take part in.

[The image is a photograph of two little girls playing on arcade video games; they are both holding steering wheels in front of screens which depict cars on racing tracks. This photograph belongs to Belinda Hankins Miller, is found on Wikipedia and is used under a Creative Commons License.]