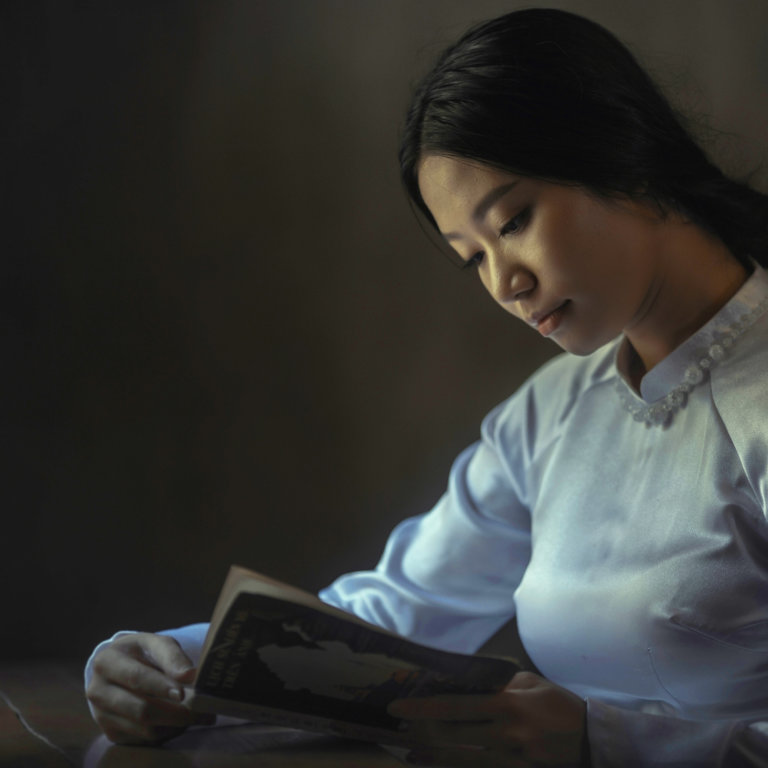 During my teenage years, my political focus was firmly on class politics. Growing up in a working-class community, with a dad who was a trade union man, meant I was acutely aware of my socio-economic status. When I read about the ideas of Marx during my A Levels, the new and exciting concept of ‘class consciousness’ spoke to me. Only through an awareness of their status, and through their collective action, could those in less-than-privileged circumstances challenge the political status quo. It was a cause I strongly related to.

When I got to university, I met my mate Laura. She was like no-one else I’d ever known before and I was instantly drawn to her, despite feeling slightly intimidated. She was six foot tall with striking looks: pale skin, a stunning smile, long raven hair and always dressed head-to-toe in black. She was also highly intelligent and passionately political. It was Laura who first started speaking to me about gender politics. We would argue and debate and she would just sigh at me and roll her eyes. At the age of 18, I just couldn’t see how feminism was relevant to my life. The course I was studying touched on gender politics as part of the syllabus, flirting with ideas around feminism, gender identity and representation, but it still didn’t strike me as anywhere near as important as the class politics I’d been brought up with. I guess, at the time, I assumed all the barriers I would face in the future would be because of my socio-economic background and not my gender.

I often heard the words ‘woman’ and ‘mother’ used interchangeably, as if all women are, or will eventually be, mothers. What was wrong with me? What would I be if I wasn’t a ‘mother’?

And this was still true throughout my twenties, until I was forced to address issues around gender roles and identities in my own life. I was married at 25 and not long after, people started to ask my husband and I when they were going to hear the pitter patter of tiny feet. I’d made it clear from the time we’d met that I’d never been sure about the idea of having children. I’d watched the women in my life – my Mum, aunts and grandmothers – take on part-time jobs and all the housework, as well as taking 99% of the responsibility for raising the kids and I wasn’t sure it was the kind of life I wanted (although, I should say that I’m sure life with my husband would not have been entirely like that!). I think part of the problem for me was that I often heard the words ‘woman’ and ‘mother’ used interchangeably, as if all women are, or will eventually be, mothers. What was wrong with me? What would I be if I wasn’t a ‘mother’? Although I’d probably felt this way since my mid-teens, it was now, at this point, that I needed to make a decision.

As I had done throughout my entire life, I turned to books to help me find a solution to what felt like a critical crossroads. I reached out to draw on the wisdom of women who had spent a lifetime thinking about and talking about what it meant to be a woman. Surely my essential femaleness wasn’t bound up in my desire or ability to produce offspring? It was confusing because so many women around me seemed to root so much of their identity in their role as mother. Was I less of a woman if I didn’t become a mother? My identity seemed to be rooted in my intellectual pursuits, my passions, my compassion for my fellow humans and my close, nurturing relationships with friends and family. That was who I was: wife, sister, daughter, aunt, cousin, niece, granddaughter, friend, worker, reader, thinker, history-lover and gym-goer. But mother? I wasn’t sure that was part of my identity.

I’ve kept a book log since 2002 and I can clearly see the time when the shift took place. In August 2007, a month before my 30th birthday, I read Nicki Defago’s Child Free and Loving It!. It was amazing to read something that talked about being childfree as a positive choice for a woman and not the result of some kind of deficiency. Over the next few months I moved onto what I’d consider the more heavyweight feminist stuff, reading Germaine Greer’s The Female Eunuch and The Whole Woman and then A Vindication of the Rights of Woman by Mary Wollstonecraft.

In what way had finding feminism and reading all those books helped me? I think they confirmed for me what I already knew: my life could have meaning and purpose without being a mother

From 2009, I can see that my interest in gender politics really picks up and I’m not only reading texts that are specifically feminist, but biographies about women and novels with feminist themes. In 2009 I got through The Second Sex by Simone De Beauvoir, Jane Austen: A Life by Claire Tomalin, The Handmaid’s Tale by Margaret Atwood, The Meaning of Wife by Anne Kingston, The Aftermath of Feminism by Angela McRobbie, Reading Lolita in Tehran by Azar Nafisi and Brick Lane by Monica Ali. It was at this time that I also found The F-Word website and blog and really started to explore feminist ideas. By the end of 2009 I was 32 years old, had started an MSc and had made a firm decision that I was childfree-by-choice. The next three and a half years were going to see me immersed in working full-time whilst studying for my MSc part-time, with no time to even think about babies. I had made my decision.

So, in what way had finding feminism and reading all those books helped me? I think they confirmed for me what I already knew: my life could have meaning and purpose without being a mother. There is no right way to be a woman; not one single, defining component of womanhood. We are all different and that is okay. I felt liberated and I cannot express to you strongly enough how good that felt. What I had been dealing with in my own life had led me in a very different intellectual direction, on a journey to discover the ways in which women throughout history had lived their lives, made a contribution to our society and inspired others. We don’t read about these women because of the children they had; we read about them because of the things they did and the books they wrote, often despite less than favourable circumstances, battling against the odds in a man’s world. This is what creates their enduring legacy.

If you are a childfree woman or are thinking about these issues, I’d recommend you read a great book by Terri Casey called Pride and Joy: The Lives and Passions of Women without Children. It is such an uplifting and affirming book and looks at being childfree as a positive decision, illustrating the ways in which being childfree allows you the time to follow your passions, to make a different kind of meaningful contribution to society and to create your own, unique legacy.

I’ve continued my love affair with the delights of feminist literature and have been inspired many times over by the wisdom and insight I have found in its pages. I’m sure I will continue to do so for many years to come and I’d encourage you to do the same. Happy reading!

[Image is a photograph of a young dark-haired woman, perhaps of South East Asian origin, leaning slightly forwards over the book she is reading. The photograph is by Hieu Le, was found on the Pexels website and is used under a Creative Commons License.]