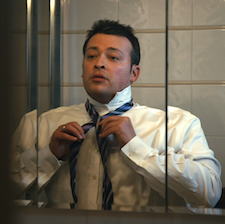 The Divide: no quick-fix answers

We are living in staggeringly unequal times. In the UK, the 1000 richest people own more wealth than the poorest 40%, while in the US the top 0.1% has as much wealth as the bottom 90%. The UK’s most powerful politicians shelter their wealth offshore, while two tax-shy millionaires vie for US presidential nominations. That wealth dictates the conditions of our lives is no secret. In the early 2010s, popular books such as Affluenza and Status Anxiety spoke to a growing fear that more wealth circulating in the economy didn’t equate to more health, happiness or wellbeing. No book tackled the issue better than Kate Pickett and Richard Wilkinson’s 2009 contemporary classic The Spirit Level. Pickett and Wilkinson showed us why and how the gap between the richest and poorest in a country matters, and proved that the bigger that gap, the worse social outcomes accrue. The Spirit Level wasn’t just compelling and intuitive, it was backed up by the hard facts on income, crime, health, morbidity and all your favourite metrics of social unease – from the US, UK, Japan and continental Europe.

This was serious science: economics complete with tables, charts and a massive international data set. A surprising source of inspiration for a filmmaker, you might think. Yet, in her documentary The Divide director Katharine Round beautifully translates the essence of The Spirit Level into 70 minutes of humanity. Whether you dig data, enjoy making pivot tables on Excel for fun or are simply moved by tales of ordinary struggle, this film is a delight. As Round puts it, “narrative film works because it digs under the skin” of the “real people” involved.

The seven “real people” we meet come from strikingly different environments across the US and UK. Leah in Virginia is dragged into debt by her inadequate wages at KFC and McDonald’s. Care worker Rochelle in Gateshead wishes she could be home to put her kids in bed. Wall Street psychologist Alden heads straight back to work the day after back surgery: becoming one of the 1% means never taking a sick day. Whether they are gated-community moms or alcoholic inner-city residents, we meet each of these people on such honest and natural terms that it is impossible not to connect with them. And not just connect, but to feel the ripples of their emotional lives.

The thrust of the film, for Round, is social anxiety. It’s about “where you stand on the social hierarchy”. Whether that position is wealthy or deprived, privileged or precarious, it dictates certain “psychosocial effects”. Where The Spirit Level gave us statistics on obesity or teen pregnancies, The Divide gives us flesh and bones. Leah’s rattling smoker’s cough or Darren’s use of alcohol as “painkiller for the spirit” tell the story of unequal health outcomes perhaps more eloquently than any dataset can. But The Divide does more than present the facts of inequality; it digs into the gendered nature of economic exclusion by foregrounding experiences of women in sectors of the economy such as fast food and the care industry. These workers are vulnerable, devalued, and disproportionately female. “This film is a feminist film”, affirms Round. It is “absolutely a feminist film” because “it treats women as equals”. In fact, she laughs, it “certainly passes the Bechdel test!”, and is crammed full of intriguing, complex, real women’s stories [Editor’s note: technically, the film doesn’t pass the Bechdel Test as all complex women depicted are isolated in their separate stories (so don’t talk to each other). However, we do appreciate the intentions and agree that they are three-dimensional and intriguing characters].

“I think it’s interesting”, Round notes, “how [showcasing women’s voices] has been remarked on…and what it says about more mainstream filmmaking, that we don’t allow women to tell their own stories”. There is “no reason…to think that women have any less authority over their lives”. When it comes to income inequality, “women are affected and we need to listen to them”.

Beyond our seven focal characters, we see a smattering of well-chosen archive footage. Excerpts from Thatcher, Chomsky and Jeremy Paxman quizzing Blair on wealth inequality all speak to broader economic trends: the decline of unionisation, rise of big corporations and monopolies, the financialisation of the economy, the genesis of the subprime mortgage crisis and 2008 crisis.

I don’t know if it’s deliberate or not but, often in television or film, people of low social status are treated as someone to be examined rather than listened to

Far from obscuring the personal voices of the film, those macro trends amplify them. Round has selected “reference points” which help us to pinpoint the factors which restrict so many of our lives. Round notes that it is “completely deliberate” that we see “the similarities between people”. The Divide beautifully pinpoints the precariousness which unites fast food workers and white collar professionals. Alden earns top dollar, but is “too scared to miss a day of work”, while Jen may have made it inside an exclusive gated community, but watches that community from the outside, because she drives a ten-year-old car and rakes her own leaves.

“I don’t know if it’s deliberate or not”, Round says, “but often in television or film, people of low social status are treated as someone to be…examined rather than listened to”. The Divide smashes this tendency, as Round insists that people must “own their own stories” and “drive their own narrative”. She stresses that “everybody was given the chance to be themselves”, and it was important that “we didn’t judge people”. Characters are “human beings”, never “the rich person we dislike”. By failing to depict any goodies or baddies, The Divide “deliberately avoids quick fix answers”. Instead, Round hopes that the film brings “a desire to ask important questions as well as the will to address them”.

Although The Divide‘s characters face similar pressures, only the more precarious figures suffer severe health outcomes. Leah, for instance, smokes and drinks as a respite from an intense six-day week. Yet, Round is clear that “if people were in a different environmental situation, then the triggers that led to their health outcomes would become different”; in other words, we “would do the same in their position [if we were put into it]”. A huge gap may separate the lives of rich and poor people, yet Round’s film suggests that the gap says little about us. The great divide may not be so great after all.

THE DIVIDE is in selected cinemas now and nationwide on 31st May.

Both pictures courtesy of Literally Films/Dartmouth Films.
First picture is of a rather messy room with a large flat-screen TV in the middle, standing on a green storage box with an elephant on it. It seems there is a commercial running on TV and there are large black letters “Buy It!” running across the screen against the white background. There are three black people in the room: a young man on the right, eating from his plate while holding it above his lap, a woman on the left, sitting on the sofa with her face turned towards TV screen and a child behind her on the sofa. There’s a coffee table next to them, filled with stuff, including half empty glasses and bottles.
Second picture shows a white man with short black hair, sitting in front of a long window divided into smaller frames, facing the viewer. He’s sitting in the middle and there are two empty frames both to the right and to the left, with telephones fitted to the vertical parts of the frames, resembling prison visiting area. The man is wearing white and props up his head on his right arm while looking slightly up.