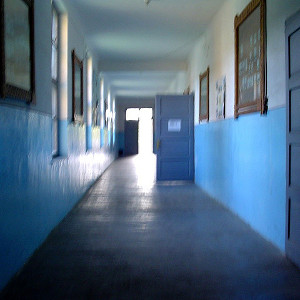 Local elections, university, journalism: lots of things have made me consider my life as someone born a woman in the past couple of weeks, and as you know, for an oppressed group the personal is political.

As one of a tiny fraction of female-presenting people that were allowed into the sixth form of an all-male school, I could never be just a student. I was one of around 25 female students, and this followed me everywhere.

There was outright sexism in all of its forms. I was told to change my clothing multiple times with the only justification being, “This is a boy’s school.” I was heckled and harassed by younger students who were not even considering the effect it had on me but rather using and abusing me in order to annoy my brother. The school refused to investigate a credible threat of violence towards me because “in six years no boy has ever hit a girl in this school.”

There was positive discrimination. I ran a table at an open evening because “boys find a pretty girl more approachable”. Despite being utterly horrific at chemistry I was asked to represent the department and meet with a visiting professor to prove that the school’s STEM (science, technology, engineering and maths) departments were diverse. Without even considering my mobility issues, ankle injury and laughable dancing I was made chief choreographer for a school production because “the boys wouldn’t even know when to start”.

But there was something more insidious than either sexism or discrimination, and it was said with a feminist slant and a bright smile and a whole lot of girl power, and it has followed me from school to my outside life.

What do the following sentences have in common?
You need to prove yourself as a woman in STEM.
You’re very brave to choose not to have children.
You have to vote because the suffragettes fought for your right to!

They all suggest that women exercising their rights is strange.

You need to prove yourself as a woman in STEM.
Equal employment rights are pretty much what they say on the tin. If I’m working a job, I have a right to be just as mediocre as the men are – if not more, considering I’m probably being paid less.

The whole sentence seems to suggest that women and non-binary people have been given the right to work and now need to prove that we are worth it, that we deserve to have financial independence and that we are acceptable additions to an almost entirely-male workforce.

You’re very brave to choose not to have children.
Recently, scientists discovered that women could have fulfilling lives without being used for breeding, baffling people everywhere.

Every day, men die in their bachelor pads without having kids. For some reason, if women and non-binary people do the same they are regarded as old undesirable spinsters who live lonely lives mothering cats/plants/other people’s children. If a woman decides not to rent out her uterus for nine months and her home for at least eighteen years without even being paid for the trouble, why is she seen to be making a statement? Why are people shocked when we take ownership of our own lives and bodies?

You have to vote because the suffragettes fought for your right to!
In what world do we need to be eternally grateful that we have been extended our basic human rights? Is it now sacrilege to take a sick day from education because we should be constantly exercising our right to learn?

Let’s be clear: equality is not just about rights, it is about attitudes. Looking at a woman who exercises their rights like they are a dog who has learnt to walk on their hind legs is not forward-thinking. It’s patronising.

The photo is by CamellaTWU and is used under a creative commons licence. It shows a typical school corridor, with that institutional look. There are blue walls and doors and what look like pinboards up on the walls. At the end of the corridor, light is streaming in, presumably through a door opening to the outside.