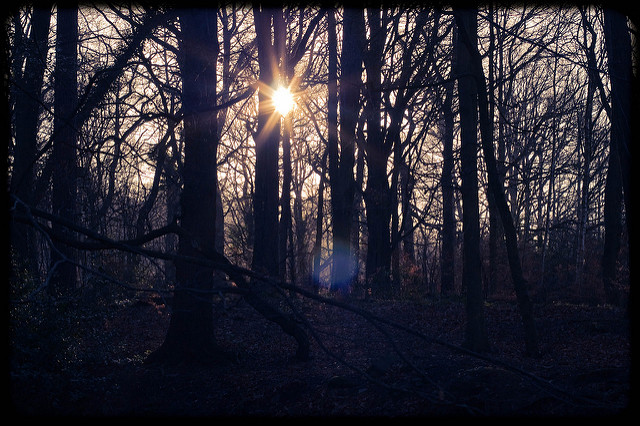 What does it mean when we call women girls? (Literary Hub)

‘The Girl on the Train’: We Are Women Not Girls (Bitch Flicks)

The fierce triumph of loneliness (Catapult)

From the article: “Living alone as a woman takes on outsize significance because it offers the right to a full self obligated neither to family nor to love. Because we are often denied this fully-formed and selfish reckoning, it is difficult to give it up after finding a way into it. There is a mourning in that letting-go, as though I am not passing naturally from one stage of maturation to the next, but coming back from something rarer and more precious, something that should be guarded closely. No matter how committed I am to the life I’m building with the person I love, some part of me reaches back to the fierce triumph of loneliness.”

My husband isn’t fat, and that enrages people (Lindy West in The Pool)

From the article: “Couples ought to “match”; Aham and I do not. I am fat and he is not. He is conventionally desirable and I am a “before” picture in an ad for liquefied bee eggs that you spray on your food to “tell cravings to buzz off”! (COPYRIGHTED. SEND ME ALL THE MONEY.) It is considered highly unlikely – borderline inconceivable – that he would choose to be with me in a culture where men are urged to perpetually “upgrade” to the “hottest” woman within reach, not only for their own supposed gratification but also to impress and compete with other men. It is women’s job to be decorative (within a very narrow set of parameters) and it is men’s job to collect them. My relationship throws off both sides of that equation, and a lot of people find it bewildering at best, enraging at worst.”

Dozens of Women Vanish on Canada’s Highway of Tears, and Most Cases Are Unsolved (New York Times)

From the article: “A special unit formed by the Royal Canadian Mounted Police officially linked 18 such cases from 1969 to 2006 to this part of the highway and two connecting arteries. More women have vanished since then, and community activists and relatives of the missing say they believe the total is closer to 50. Almost all the cases remain unsolved. Aboriginal women and girls make up about 4 percent of the total female population of Canada but 16 percent of all female homicides, according to government statistics. In December, after years of refusal by his conservative predecessor, Prime Minister Justin Trudeau announced a long-awaited national inquiry into the disappearances and murders of indigenous women.”

Meet the men behind your favourite feminist sites (Bust)

Why Are You Complaining? Some People Actually Feel That Way: A Critique of Me Before You (crippledscholar)

From the article: “Here’s the thing, there is a big difference between actual human people having feelings about their actual lives and experiences of disability (which I’m not here to criticize) and a fictionalized account written by someone who isn’t disabled and which heavily romanticizes very problematic stereotypes about disability (which I am absolutely here to criticize). I am also here to criticize the fact that the nondisabled media heavily over-represents disability discourses that fit into ableist stereotypes, which makes it harder for the viewer to differentiate between the feelings of individuals and the experiences and feelings of all disabled people. So if you find yourself asking that question, also ask whether you are hearing other opinions and whether those opinions are coming from actual disabled people or are they the fictionalized imaginings of nondisabled people.”

Also see: Media Roundup of Me Before You Criticism (crippledscholar)

You are not disposable, and neither are your colleagues (The McGill Daily)
Content warning: suicide ideation

From the article: “As we plan how much to take on for the year, how much to discuss at every meeting, and how many hours of work to expect from each other, we must remain aware of our limits in the long term. How much work is possible for a group of our size to do in a way that will harm neither our members nor anyone else affected by our work? Which projects can we stretch over a longer period of time to avoid stretching our fellow organizers instead? These are the kind of structural questions we must ask ourselves. Not only will eliminating this culture of overwork draw in more members to organizations and make them more accessible to those with marginalized identities, but it will also keep members who are already doing crucial work around longer. It will create a work environment where people are treated justly today, instead of waiting for just environments to be created in the far future.”

Trans Men Confirm All Your Worst Fears About Sexism (Time)

Data suggest that couples who have sons are more likely to stay together than those that don’t. Emily Bobrow looks into why this might be.

We sold feminism to the masses, and now it means nothing (Quartz)

How About We Stop Policing Women’s Language? (The Establishment)

The image is used under a creative commons license with thanks to practicalowl on Flickr. It is a photograph of woodland, mostly in shadow with a shaft of bright sunlight shining through the trees.