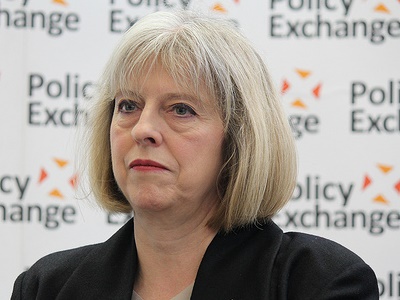 How to choose our political leaders Let’s get something really clear. Having women in positions of power is not always good for all women.

I support having more women involved in politics. The fact that we are so underrepresented in parliament is a problem. Generally speaking, women are better-placed to debate issues that affect women disproportionately or differently and more likely to raise these issues in the first place (which is also an argument for more diversity and a more representative parliament in general).

I stand by that. But this is a trend, not an absolute rule. Our predictions on how people behave are honed by the information we hold. If I have a 20-year-old friend living in Bristol who’d voted in the referendum, I’d probably guess they voted to remain in the EU, given that both their city and their age group went this way, but if they’d told me they were looking forward to taking back control, I’d re-evaluate my opinion. New information changes things. Probabilities fluctuate.

It worries me to see, in articles, blog posts and my social media feeds, some people considering the Conservative leadership race and coming to the conclusion that we’re on track for a woman to be Prime Minister, which will be good from a feminist perspective.

The thing is, we know more about Theresa May than her gender. We know that she would like to see us withdraw from the European Convention on Human Rights (though since announcing her leadership bid she has said she will not continue campaigning for this). We know that one of her first acts as Home Secretary was to ensure public bodies no longer had to actively try to reduce inequality. We know that she has a fierce anti-immigration stance and allowed “the state-sponsored abuse of women” at Yarl’s Wood, a detention centre primarily for women waiting to be deported.

Are we seriously suggesting that May will be a champion for women’s rights? Do we really believe that any concern will stretch to the most underprivileged and marginalised in society?

Unfortunately I’m not in a position to advise you on a serious feminist contender in this race. I’m certainly not advocating any of the alternatives, who include opponents of gay marriage and who all voted against accepting unaccompanied child refugees from Syria. I just need to point out that, if we know that somebody has acted in a way that suggests they would not protect women’s rights, we cannot expect their election will bring unstinted joy. We had Margaret Thatcher; we know it’s not a given that women Prime Ministers will strive for equality or even promote other women into their cabinet.

I concede that there is one argument that remains standing after this. There’s this idea that one reason why it takes so long to get representation is because we learn from the structures we see; if we never see women in positions of power, then we don’t have the same aspirations as men to reach those positions. Obviously, this is complex, but I do think it is important to have role models.

Putting aside the fact that we might not want our children to aspire to be exactly like Thatcher, this is still a problematic consideration in the current climate. Implementing Brexit and dealing with the aftermath is likely to be a thankless task. With the economy in peril and uncertainty about the deal that could be on the table, whoever is the next Prime Minister is likely to be one of the least popular ever.

I can certainly envisage the commentary on this as a woman steers the country; despite the inevitability of a bad outcome, she will be blamed, and I’d be prepared to bet that some of that blame will circle around women not being cut out to be leaders.

Again, that doesn’t mean we should cynically reject the idea of having a woman lead us at this point. It just means that if the only reason we are backing her is because she can be a positive role model, our reasoning may be flawed.

I desperately want to see a more representative parliament. I believe in the collective power of women to change discourse and improve the lives of people in the UK. But we are in danger of overlooking facts that should be key to deciding our leaders if we prioritise electing a woman regardless of their relevant track record.

The photo is by Policy Exchange and is used under a creative commons licence. It shows Theresa May from the shoulders up in front of a banner that reads “Policy Exchange” all over it.