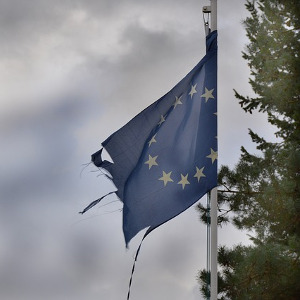 Yesterday, the UK voted to leave the EU. Today, we need to start thinking about what that means and make sure we are as ready for it as we can be.

It’s very early days and there’s a phenomenal amount that we don’t know yet, from timescales to leaders to which countries will make up the UK in future. However, leaving the EU will almost definitely lead to some scenarios that have the potential to be awful for women’s rights and equality more broadly. This post is not about getting scared, although I recognise and defend our right to voice our fears in an uncertain time. I want to start identifying risks so we can act sooner to defend ourselves.

I wrote earlier in the week about important legislation and regulation that we owe to the EU, which includes broad anti-discrimination laws as well as specific directives on things like equal pay, part-time workers and maternity leave, and important case law relating to LGBT and disability rights. In some cases these are also enshrined in British law; in some cases they are not. We need to make sure that we receive the same rights and protections when the UK comes to the point of redefining itself by working through which EU laws to keep and which ones to ditch. Given that much has been made of the ‘unnecessary’ level of EU regulation in this campaign, including criticism of some of these very protections, it is far from guaranteed that everything will be copied over. And even things the UK (sometimes grudgingly) adopted itself through EU influence might not be secure. Expect loud announcements about cutting red tape for businesses for the good of the economy to have limitations of workers’ rights in the small print.

And the economy is likely to be an issue. You don’t have to know much about it to feel a chill when you see a graph that shows the value of the pound freefalling. It’s hard to know what the future will bring, but it seems likely that the question will be how much damage there will be rather than if there’ll be any. Forget about the £350 million that the Leave campaign said could go the NHS instead of the EU; Nigel Farage admitted it was a mistake to claim that almost as soon as the votes were counted. The reality is the UK will be poorer from this decision.

With a recession a possibility, we know that the people who can afford it least are often the worst hit by economic unrest. This comes through job losses, elimination of much-needed benefits and a reduction in funding for vital public services, which this time will also be damaged by the removal of EU funding. We also know that women are disproportionately harmed by austerity. According to the House of Commons Library last year, 85% of cuts up to that point had been at the expense of women, who are often primary caregivers and lower earners.

Meanwhile, people are already sensing that they live in a less tolerant society. Across social media, there are reports of racist and xenophobic incidents and comments to people who are from the EU originally, but also people from other countries and people of colour from anywhere including the UK. Although we are constantly reminded that not all Leave voters would share these sentiments, it is all too clear already that this vote has given some the feeling that they are free to abuse others based on a spurious sense of ‘Britishness’.

This is all terrible. I may be missing things; I may be unduly pessimistic. But to have any meaningful impact on these sorts of issues we need to start planning and acting soon. As changes in government occur, we need to be mindful of who might be our allies in positions of power and how best to engage with them. We need to be alert to proposed legislation and the process by which the UK decides on which bits of EU law to keep. We need to write to our MPs and media before the bad shit is announced, before it’s decided, and advocate for a process that is aware of the impact on groups that are discriminated against or are particularly vulnerable. We need to call for a gender audit of any cuts that meaningfully influences their direction or calls into question their necessity, and indeed call for measures that fall disproportionately on the richest and most able to cope, rather than the poorest. We need to ensure those that represent us know that they need to prove that our departure from the EU won’t be representative of an acceptance of xenophobia, rather than just claiming it.

In fact, although the level of uncertainty is daunting, it also shows how little has been decided at this point; this makes for a real opportunity to have some impact before everything is in ink. We’ll do all this better in groups, if we come together and focus on making sure these outcomes aren’t inevitable.

The photo, in the public domain, shows a European Union flag (dark blue with a ring of yellow stars), torn at the edges, fluttering on a flagpole against a cloudy sky. Coniferous trees edge the picture.