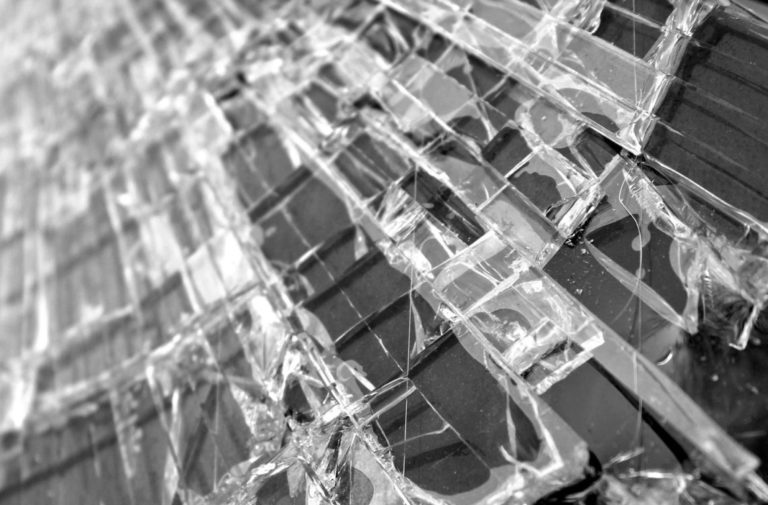 “Go home!” The aftermath of Brexit

The result of the UK’s referendum on EU membership came as a surprise to many. Before heading for New York City, I had already sent off my postal vote because I knew for certain why my vote was so important and I had vociferously expressed that concern to friends and acquaintances. Having noted too that the debate was being dominated by white men in pinstriped suits, I had added my name to numerous “Remain” campaigns, urging everyone in our communities to vote “In” on 23 June.

My vote to remain was cast in support of hope and in recognition of all those who have fought for peace across Europe. While acknowledging that the EU system is far from perfect, crucially for those of us working to end violence against women it needs to be noted that Europe’s politico-economic union has established important frameworks that protect women living in the UK. My vote to remain was, therefore, also cast in the hope that many of those hard-fought legal rights gains would be protected. The EU has also made important laws in the area of employment, such as safeguarding parental leave and helping defend part-time workers (the majority of who are women) from exploitation, and we know that any financial insecurity, recession or increase in austerity affects women first and foremost.

A few days before the referendum, as part of its “Out” campaign, the far-right party UKIP had unveiled a poster showing a queue of refugees with the slogan “Breaking Point” along with a plea to leave the EU. Like most of the “Leave” campaigns, this poster suggested that unrestricted immigration from Europe could lead to greater competition for government services, with the tone of panic and loss of social control creating a lingering implication that it could even put British women at greater risk of sexual violence. Boris Johnson’s “Vote Leave” campaign too was built on racist, xenophobic rhetoric that blamed an influx of immigrants for the overtaxing of health care and schools. Those of us against this nasty politics of scapegoating were standing up for the next generation, looking outwards not inwards, and marching forward against this hateful rhetoric.

Why did so many British Asians vote to leave the EU? And why were they exhibiting the same xenophobic attitude as many of the white British “Leave” voters?

When I was flying back from New York on the evening of 23 June, the pilot announced that the “Leave” campaign had won by a narrow margin. A casual silence followed, as though nothing of much note had happened. I was gutted, but it seemed my feelings were not widely shared. Only one person mirrored my sense of disbelief about the situation I was returning to in Blighty.

Having landed, I phoned my brother and he informed me that not everyone in our family had voted “In.” He joked that “Some of them have shut the door.” Forgotten their journey from the Pind… To top it all off, my 18-year-old niece, who was planning a weekend post-A-level break in Barcelona, seemed to be mostly upset because she wished she had bought her Euros before the date of the referendum result.

I felt an overwhelming sense of dread. Why did so many British Asians vote to leave the EU? And why were they exhibiting the same xenophobic attitude as many of the white British “Leave” voters? Waiting in the early hours of the morning at Heathrow, I read through a Desi family WhatsApp chat group. A group of Sikh Punjabi friends and family had posted 257 messages between 23 and 24 June. Most of the messages expressed concerns about immigration, with these stated in the same racist “us versus them” rhetoric used by the white racists:

“Kick them out, it’s my country and I am voting out.”
(Second-generation Asian male)

“Fact – why don’t you see what percentage of Eastern Europeans have committed crimes in this country since coming here 10-15 years [ago] – then compare [it to] when our fathers came here. And you still want them in??”
(Second-generation Asian male)

One of the Punjabi women (who happened to be the sister of the above commenter) responded:

For this to rear its ugly head again has re-planted a seed of vulnerability in me and my fellow Asian friends that, in many ways, has caught us off-guard

Growing up in an inner-city area of the East Midlands in the 1980s, I was surrounded by racism, poverty, social exclusion and inequality. Racial harassment was the norm and being called a “Paki” was a daily occurrence – in school, on the street and even at the corner shop. It was vicious, visceral and sometimes deadly. It was also an explicit expression of the racist animosity of the larger society that my family and I inhabited back then.

For this to rear its ugly head again has re-planted a seed of vulnerability in me and my fellow Asian friends that, in many ways, has caught us off-guard. I have lost count of the number of racist posts my friends have reported on social media feeds since 24 June. Once again, our right to be here is being questioned. “Go home you fucking Paki,” people say.

Go home? But this is my home. You can’t send me and my family back. We don’t have another home; we thought this was our home… There is a strong feeling of being pulled backwards. For example, one of my good friends posted this on her Facebook timeline (on the 26 June 2016):

So, today, for the first time in a very long time on the streets of London, I have just been called the P*** word by a van driver who refused to stop for me at a zebra crossing and almost mowed me down. What is going on people?

The EU referendum result has provided a legitimate platform for multiple forms of re-victimisation and discrimination. These racist attitudes are deeply rooted in our society and no #safetypin campaign is going to be able to gloss over them.

It is difficult to know what the costs of the referendum result for minorities and women will be. The racist fallout is just the beginning of this calamity

Prepare yourselves for a future of atavistic nationalism. In calling a referendum, our (now resigned) Prime Minister David Cameron has unleashed a bevy of problems with ramifications for generations to come. He should not have called the referendum in the first place. The former Prime Minister of Belgium Guy Verhofstadt summed up the crisis: “The Brexiters do not have a clue what needs to be done. Cameron, Johnson and Farage behave like rats fleeing a sinking ship.”

In London, the only credible politician to steady the ship has been the Mayor of London Sadiq Khan. At the annual Pride march, he expressed a defiant message of reassurance to local communities, calling on Londoners to stand together against the tide of increasing reported hate crimes after the Brexit EU referendum vote:

I want to send a particular message to the almost one million Europeans living in London, who make a huge contribution to our city – working hard, paying taxes and contributing to our civic and cultural life. You are welcome here. We value the enormous contribution you make to our city and that will not change as a result of this referendum.

The crisis we are facing in the aftermath of this referendum, however, is deepening, with political meltdown and Machiavellian treachery amongst politicians who are unable to curb their egos and deal with the Brexit mess they have created. It is difficult to know what the costs of the referendum result for minorities and women will be. The racist fallout is just the beginning of this calamity. There is no off-the-shelf solution. Much is at stake. Not the least of our problems now is finding how to live in a new world order in which hard-fought rights could be drastically undermined, in what can only be described as an atmosphere of fear and hatred against a backdrop of economic and social disruption.

[Image is a black and white photograph of a shattered window, possibly a windscreen. Cracks radiate from a central point rather like a spider’s web. This image was taken by TanteTati, was found on Pixabay and is in the public domain.]