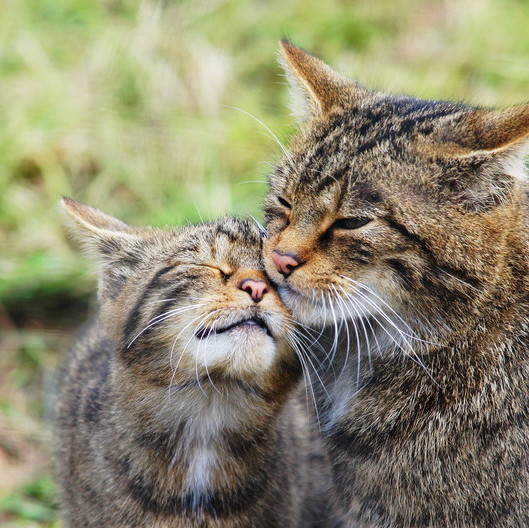 From baby to ‘Bitty’: How old is too old for breastfeeding? I recently attended my first La Leche League meeting at my local branch in Scotland. La Leche League is an international organisation supporting breastfeeding mothers and I found out about this community after having a difficult start to breastfeeding my son. At the time of the meeting, my son was four months old and among the youngest in the group. There were a number of older babies and toddlers and what an eye opener! I think it’s the first time I’ve seen a child over the age of one being breastfed. I admit my first impression on seeing a two-and-a-half-year-old walk up to his mum and nurse was that it looked plain weird. I imagine anyone who hasn’t witnessed an older baby or child being breastfed would think the same. In Scotland it’s just not something we’re used to seeing and so like with anything that we’re uninformed about, we can easily approach it with social discomfort, embarrassment or misplaced negativity.

During the meeting we talked about various aspects of breastfeeding including others’ attitudes to feeding in public, especially with toddlers. The mums expressed varying levels of confidence feeding their little ones in public and stories were shared of unsolicited negative comments and views when breastfeeding out and about. I consider myself to be a confident person and so far have never been fazed by breastfeeding anywhere when the need arises. I do this all the while knowing that until my son is one, he needs either breast milk or infant formula to fulfill his nutritional requirements, and I’m not about to give him formula while breastfeeding is going so well. So in a way I feel I’m on solid ground in terms of any questioning from outsiders of my breastfeeding relationship. There’s a neatly packaged response to any enquiries. But what is the case for breastfeeding beyond one, when cows’ milk becomes a safe and very practical alternative?

In many countries children are breastfed until they wean naturally, which they all would do, if left to self wean, at some point between two and seven years of age

If we look at the advice of the World Health Organisation, they recommend exclusive breastfeeding for six months and then continued breastfeeding (as well as solids) for up to two years or beyond. I was surprised to learn that the average age a child weans worldwide is around four years old. In many countries children are breastfed until they wean naturally, which they all would do, if left to self wean, at some point between two and seven years of age. Of course this may seem impractical given that most mothers in the UK return to work between nine and 12 months. But it’s not necessary to self-impose this separation between working away from the home and breastfeeding. Women can and do enjoy breastfeeding while working and there are whole books dedicated to the subject.

Although we are discussing the case for breastfeeding once it’s well established, it’s important to note that there are many women who want to breastfeed but aren’t given the right advice or support to succeed or who physically cannot. It goes without saying that these women should not be blamed or shamed for this. It’s an unfortunate reality in our culture that women are often judged for the way they feed their babies.

The UK was recently found to have the lowest rate of breastfeeding worldwide – falling well behind the USA when it comes to feeding for six months or more, despite the USA having far less generous statutory maternity leave. The UK’s struggle to increase breastfeeding rates is perhaps not helped by the representation of breasts and breastfeeding in the media. It is the birthplace of Page 3, where sexualised pictures of well-endowed topless women are casually displayed in daily tabloid newspapers. This firmly portrays the function of female breasts as solely for the male gaze. Then there is the popular television series Little Britain with its ‘Bitty’ sketch in which a grown man played by David Walliams persistently asks to be breastfed by his mother. This sketch promotes the view that breastfeeding an older child is a strange or perverted act. It’s often said that comedy doesn’t have to be socially responsible and I’ll put my hand up and admit to previously thinking this sketch was quite hilarious – but now I’m seeing it from the perspective of a breastfeeding mother. Although breastfeeding a grown man is clearly a ridiculous concept, I can’t help thinking that this representation does nothing to help normalise breastfeeding in a society where rates are staggeringly low.

The thing that’s specifically problematic about the Little Britain sketch is the framing of the breastfeeding relationship with the emphasis on the verbal communication and the nursing code word that is used: ‘Bitty’. It’s not something most breastfeeding mothers will ever have to think about given that such a small number are still nursing by the time their baby can talk. But of those who are, the child will no doubt choose an endearing name or visual sign for her quiet nursing time with mum, and often this is something that has to be negotiated so that mum is happy to hear or see it requested in public. It is this milestone in the breastfeeding relationship when the child can verbally communicate her request to nurse that seems to signal the age for which some think breastfeeding has gone on too long.

This view is not just from people with a lack of understanding or experience of breastfeeding. I’ve heard breastfeeding mums making comments such as “I knew I didn’t want to breastfeed a baby who could pull my top up” and “Give me a slap if I’m still breastfeeding when he can walk up to me and ask for it!”. At the time of these comments I was slightly taken aback and just smiled and nodded along. But I later wondered what provokes such strong views that there is a definite age and stage when breastfeeding becomes inappropriate or out of control. Does walking and talking suggest a certain level of independence and because of this is breastfeeding suddenly seen as an extra requirement? Are we intimidated by a mother who has the guts to nurse a child who has a conscious understanding of her breastfeeding relationship? Perhaps the conformist in us might feel uncomfortable disturbing the status quo and will put an end to breastfeeding around six months, lest we be part of the 0.5% that are still breastfeeding at one year?

The curious thing is, with all the controversy over breastfeeding beyond infancy, how many of these people would feel just as uncomfortable seeing a child of the same age with a dummy in her mouth – a latex artificial nipple? And the main difference between these two kinds of teats is that one belongs to a woman.

At the other end of the spectrum, I asked a friend who had breastfed her two children as walking, talking pre-schoolers if it seemed different nursing an older child. Her response was: “No, because a small baby lets you know when he wants to be fed too, they’re just communicating in a different way”. So when my wee one reaches his first birthday, if I’m still breastfeeding, I vow not to do it apologetically, in a darkened room, his face and my boob hidden under a cover. I will try to have the courage of my convictions and do it in public. And if we do ever get to the point we are still going strong and he is able to walk up to me and ask for milk, I hope that I will smile and know that in many parts of the world this simple thing that we are doing would not even be a talking point.

[Image is a photograph of two wildcats; a mother and a mature kitten, who are patterned in browns and white, rather like large domestic tabby cats. The kitten is rubbing its face against its mother’s chin. This photograph belongs to Peter Trimming, was found on Geograph and is used under a Creative Commons License.]