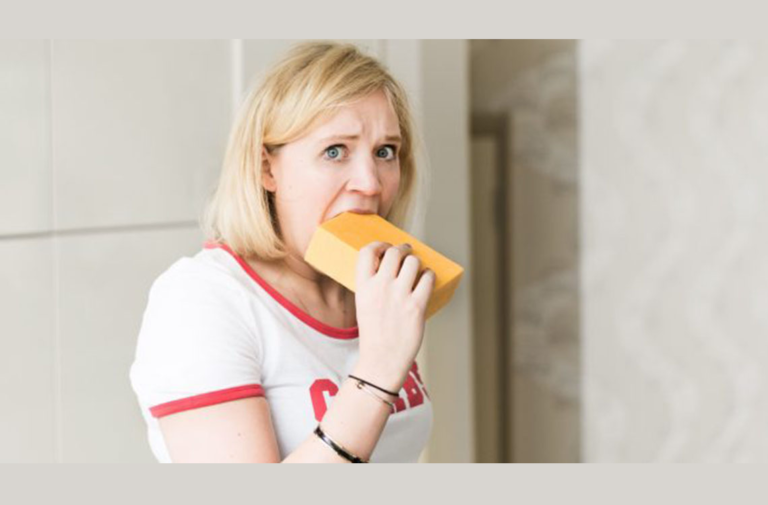 Comedy at the Edinburgh Fringe – part one Macho Like Me
Until 29 August, 12:30, Gilded Balloon Teviot
Reviewed by Flora Herberich

Helie Lee’s show is a re-telling of her experience of filming a documentary where she tried to become a man by cutting her hair, dressing differently and adopting masculine mannerisms. It begins with Lee telling the audience how she struggles to keep up with the expectations her Korean parents heap upon her, so she began to think that surely her life would be much easier if she were a man.

There are interesting aspects to this experiment including her realisation of how deeply ingrained her gender is inside her body and the challenges that poses. Lee doesn’t particularly like being a man, and she mostly enters fairly male environments in which she isn’t very comfortable. She can’t find anything attractive about the behaviour of men in all-male environments, so she starts to pity men for their lack of emotional engagement.

I enjoyed some aspects of Lee’s journey and I found her perspective on feminism interesting. However as a whole I felt Lee didn’t entirely grasp that gender is a construct that can be limiting for both sexes; she merely replaced one set of behaviours with another, rather than questioning the concepts behind them. I felt that Lee had experimented in a vacuum; she could have spoken to people whose idea of gender isn’t defined in terms that are as binary as hers and created a more complex show. Harriet Kemsley: The Girl on the Wrong Train
Until 28 August, 21:25, Just the Tonic at The Caves
Reviewed by Flora Herberich

This is a clever piece of comedy. Kemsley uses her own journey towards and away from a wedding as a vehicle to expose the deeply sexist roots of marriage: ownership of women by men and arranged marriage right back to the Byzantine era, which according to Kemsley was at some point in the 1980s, and beyond. I particularly like the fact that this show draws a very mixed crowd, including slightly drunken Saturday night revellers with quite a lot of men among them, who perhaps aren’t expecting to hear what they do. Kemsley is funny, loud and cheeky. She swears, she owns the stage and, as she tells us, she’s not afraid to pee in a jar. I also like her little dig at the whole women on panel shows discussion.

Kemsley doesn’t jump off the marriage bandwagon entirely however; she firmly positions herself in the driver’s seat, puts her hands on the wheel, writes her own vows and creates the wedding she wants. Ever Mainard: Let Me Be Your Main Man
Until 28 August, 18:15, Gilded Balloon Teviot
Reviewed by Lissy Lovett

Ever Mainard is a Los Angeles-based standup, originally from Texas, who is on her first trip outside the USA. Many of her early jokes reference her experience of Edinburgh: she speaks about how the city looks like a video game and tells the front row of the audience that she doesn’t mind them putting their drinks on the stage as “no one wants to drink off the floor here.” Later her set moves on to coming out as a lesbian in conservative Texas, STIs, knife crime and meth addicts.

If this sounds like her set has the potential to shock, then that’s true, but there’s lots to laugh at too. Mainard’s style invites the audience to laugh at her and her life without setting herself up as a very low status person, which is a difficult trick to pull off.

My favourite part of her set is where she calls out the casting requirements for women in adverts and in life: for example, women being expected to say that they love food but who don’t actually eat much for fear of putting on weight. She describes this role as “women who look at ribs while their boyfriend eats them.”

As Mainard’s set went on I warmed to her more and more; this is an excellent hour of good quality standup. Used to sitting in an audience of predominantly young, female feminists, I was quite ashamed when I was shocked at the diversity of gender and age in the Ruby Darlings’ audience. As soon as the show began I realised I had no basis for my assumptions, these are talented women who deserve as wide an audience as possible. Alongside their astounding talent, The Ruby Darlings mix audience interaction and funny material in a way that is never boring.

Each song is written to lift up women and call out taboos in a way that is accessible to all audience members. They make it easy for a man in his 50s to care about menstrual cups and pubic hair, and provide solidarity for women in the audience who share experiences of sexism. If you haven’t heard of the tremendously popular Instagram account Deliciously Stella, then you will be in the minority at this show. There is instant rapport between Younger and her audience; the show begins to a roar of cheers and they are delighted to see her. Younger’s audience interaction comes naturally to her and is truly funny.

However this is about all that shines in this show. Unfortunately, there is nothing new about the way Deliciously Stella satirises ‘health gurus’, including the done to death women-laughing-alone-at-salads joke. I wasn’t sure what to do with myself when the audience is asked to judge female celebrities on how good they imagine they are in bed. For a show that is intended to be built on female empowerment I find this jarring and a poor attempt at comedy.

Ultimately, if you’re already a fan of Younger’s internet persona, and aren’t looking for anything too ground-breaking, then I would recommend Deliciously Stella. Otherwise, I would say that there is so much more that the Fringe has to offer and advise you give this one a miss.

Image 1: From Macho Like Me, used with permission. A photograph of Helie Lee on stage. She is sitting on a bar stool in the middle of the stage with her legs crossed and her arms held out as if she’s asking a question. She is wearing jeans, trainers, a baseball cap and a tie. On the wall behind her are sports jerseys, a dart board, and a screen.

Image 2: From Harriet Kemsley: The Girl on the Wrong Train, photographer Karla Gowlett. Kemsley lies on her back in the photograph on a lawn covered in daisies. Her arms are outstretched and she’s smiling.

Image 3: From Ever Mainard: Let Me Be Your Main Man, used with permission. Mainard looks directly at the camera. She is wearing an inflated yellow life jacket. She has short brown hair down to her ears.

Image 4: From The Ruby Darlings Show, used with permission. Two women look at the camera, they are both holding up pieces of white card in front of their torsos. The piece of card on the right is blank, and the piece of card on the left says “SMALL MAN IN A CANOE”. They both have glamourous hair and make-up and look serious.

Image 5 and the feature image: From Bella Younger’s Deliciously Stella, used with permission. Younger stands at a kitchen counter wearing jeans and a t-shirt. She has a huge piece of cheese in her right hand and she’s biting into it. There is a cheese grater on the counter in front of her. She has blonde hair and is looking straight at the camera.