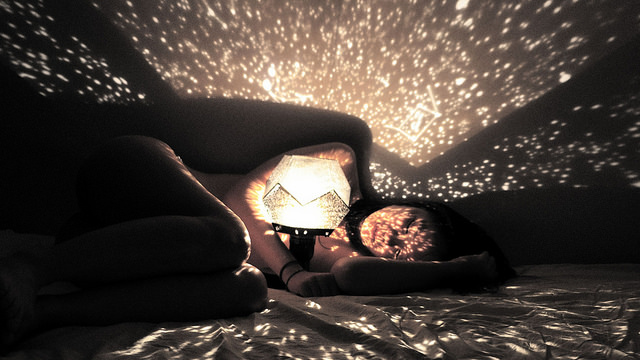 Why Aren’t Feminists Up in Arms About the Slut-Shaming of Nude Melania Trump? (The Daily Beast)

Calling all men! Five ways you can be a feminist at work (The Conversation)

You Can Keep Your Baddie Aesthetic, I Prefer Hood Girls (Medium)

So what if Malia Obama wants to dance and Melania Trump once posed nude? (The Guardian)

Relationship Anarchy Takes The Judgment Out Of Love (The Establishment)

From the article: “‘Relationship anarchy means a lot of questioning, so it’s not necessarily going to default to some of the patriarchal fallbacks people have in relationships,’ she says. ‘You can question: Why are we doing this? Are we doing this because it’s in every romantic movie that tells us how to act? You’re breaking away from those ideas.'”

From the article: “This history places the contemporary ‘discovery’ of an evolutionary reason for the female orgasm back in its proper place. As a piece of scientific research, it is potentially interesting, but represented as a super-modern “solution” to something presumed to be a long-standing source of amazement and disbelief, it is part of the ongoing patriarchal narrative that insistently defamiliarises the female body and excludes female sexuality from consideration.”

From the article: “The editorial collective [at Off Our Backs] ran a lively letters page, with discussions stretching across several issues or more if it was one of those intractable subjects that radical feminism could not figure out adequately, like SM. Through reading the letters page you get to see threads appear.The main one concerns the paper’s, and presumably feminism’s, struggle to comprehend fat feminist politics. From 1976-1991 they get it wrong again and again!”

Are we ranking our tragedies now? (Standard Issue)

From the article: “The only (crushing) conclusion I can make, is that the reason the world has not been screaming their anger and outrage from every rooftop, and sobbing their uncontrollable tears of grief in the streets, is because this was an attack on disabled people, and there is a (conscious or unconscious) global belief that ‘disabled people’s lives do not matter’. I mean, did you know between a third and half of the people killed by cops in America have a disability? Exactly.”

Is there a systemic gender bias in knowledge production? A look at UK Universities and Think Tanks (On Think Tanks)

This article is part eight of Women in Think Tanks and is written by Josephine Tsui, who has written for and worked with The F-Word.

From the article: “While there has been increasing number of research on women in academia, very little research has been done about women’s advancement in think tanks. Think tanks have similar advancement systems to the private sector and don’t have as much ambiguity in maternity leave policies as academia with regard to tenure. While not completely free of bias, think tanks follow more mainstream maternity leave policies and cannot penalize a woman’s career advancement based on her choice for a family. Could it be that because think tanks have more mainstreamed workplace policies, there is less of an institutional gender bias in think tanks? Does this explain why there appear to be more women in think tanks than in academia?”

From the article: “‘[Trump] didn’t yell at a baby,’ Amadi Lovelace wrote on Facebook. ‘He yelled at a woman who had a baby. And more importantly, he didn’t just yell at her, he gaslighted her, telling her at first that it was OK that her baby was fussing, and then acting like she was nuts for taking him at his word and should have somehow divined magically that he actually wanted her to leave.'”

What to do when the book police arrive: read on (The Guardian)

From the article: “The detention of a woman reading a book about Syria shows the power of writing. Our ability to thrive together is limited only by our imagination …”

44% of people would be uncomfortable working with me (The Pool)

The image is used under a creative commons license with thanks to Angel Hsu on Flickr. It shows a person lying down in dim lighting with their knees drawn up to their chest. They have their eyes closed and hold a light in their hand, which is projecting the image of thousands of stars over their body and the wall behind them.