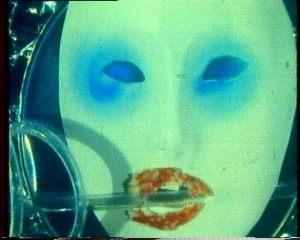 From Reel to Real: Women, Feminism and the London Film-makers’ Co-op

Looking for something feministly exciting to do this weekend in London? As part of the 50th anniversary celebrations of the London Film-makers’ Co-op (LFMC), Tate Modern and LUX are hosting From Reel to Real: Women, Feminism and the London Film-makers’ Co-op, an unmissable weekend of film programmes and panel discussions showcasing the unique and under-explored histories of the women filmmakers associated with the LFMC in the years of its activity (1966-1999). This is the first comprehensive survey of those experimental and/or feminist filmmakers and many of them will be present to discuss their work.

Independent scholar and curator Maud Jacquin has programmed seven screenings with more than 40 films, both single screen and expanded, by 25 filmmakers. Her aim is to show the astonishing diversity of practice by women filmmakers, linking the personal, the political and the formal on film, video and via expanded cinema. Their sources of inspiration include the events of1968, left politics, the Women’s Liberation Movement, Greenham Common, feminist psychoanalytic theory, as well as structuralist, poststructuralist and postcolonial theories.

What is super-exciting about From Reel to Real weekend is that a great number of films will be experienced, for the first time in decades, in their original 16mm format. It is a rare opportunity to see these films projected in the way the filmmakers intended, especially at a time when the idea of showing film on film is holding on by a delicate thread in London.

Highlights include Sally Potter’s early experiments on Super 8, with a three-minute silent film Jerk (1969) exploring the shifts of power in the gendered gaze, interesting to watch as a precursor to her seminal radical feminist films Thriller (1979) and The Gold Diggers (1980). Gill Eatherley’s expanded 16mm cinema performances (Hand and Sea Film and Lens and Mirror Film) will be projected on double and triple screens. In the 1970s Eatherley was part of Filmaktion, a group of LMFC filmmakers including Annabel Nicolson (whose work is also being shown) whose expanded cinema performances showed across the UK. Expanded cinema involves the projector, the filmstrip, the screen, the auditorium and the spectator and is truly captivating to experience collectively live. Tina Keane’s rarely screened Faded Wallpaper(1988), inspired by Charlotte Perkins Gillman’s proto-feminist short story ‘The Yellow Wallpaper’(1892), finds Keane skilfully turn the screen into an analogue wallpaper, inserting fragments of female bodies trying to break free of the material – and patriarchy.

Keane is a co-founder of Circles, a women’s film and video distribution network that was set up in 1980 by some of the LFMC women filmmakers who broke away from the LFMC because of their growing engagement with feminism and especially ideas around language, literature and activism. This rift was made obvious in 1979 at the Hayward Gallery’s Film as Film exhibition, where the women curators/artists refused to show their work in the gallery because they felt that the history of women’s experimental film was being marginalised. No doubt, this particularly fractured time for the LFMC will come up in discussion over the weekend as history is contested and memory revisited.

Throughout the 1980s and 1990s a feminist presence continued to flourish within LFMC and filmmakers such as Jeannette Iljon, Cordelia Swann, Anna Thew and Sarah Turner were actively involved as LFMC cinema programmers, workshop organisers and distribution officers, as well as making and distributing their own films through the LFMC. Sandra Lahire, another key LFMC filmmaker from this period, had a direct engagement with radical lesbian feminist politics and 80s anti-nuclear activism. She made astonishing 16mm films (using the LFMC’s optical printer) that reflected ideas on the vulnerability of the female body and its relationship to its social, psychic and material surroundings.

Other filmmakers whose work you can see include Sarah Pucill (who has a new film on Claude Cahun in the London Film Festival, Confessions to the Mirror), Tanya and Alia Syed, Lis Rhodes (co-founder of Circles) and Ruth Novaczek (also with a new film in the London Film Festival, A Woman Returns from a Journey). There will be key feminist curators, academics and programmers present, including Lucy Reynolds, Felicity Sparrow and Helen de Witt.

The weekend promises an explosion of film screenings, counter-histories and passionate debate. It will be a time to stop and explore London’s feminist cultural memory through which audiences, curators, programmers and practitioners can celebrate the rich history and contemporary relevance of LFMC and investigate how its moving image practice intersected with feminism.

Sarah Wood, co-founder of Club des Femmes, is participating in a panel after the programme ‘Woman Tiger, Woman Dove’(Sunday 25 September) exploring the legacies of Greenham and women’s direct political engagement and activism for peace and justice throughout the 1980s.

Selina Robertson is co-founder of Club des Femmes, a queer feminist film curating collective. Club des Femmes’ next project is with the Photographers Gallery: ‘Feminist Avant-Garde of the 1970s: Works from the Verbund Collection’ 7 Oct – 15 Jan 2017

The picture courtesy of Tate Modern.
It is a composition looking like a human face, with two blue eye-shaped holes and drawn red lips on the greenish oval background.

This article was amended on 23 September 4:53pm to say Tina Keane is a co-founder rather than founder of Circles and to add the titles of Gill Eatherley’s films.