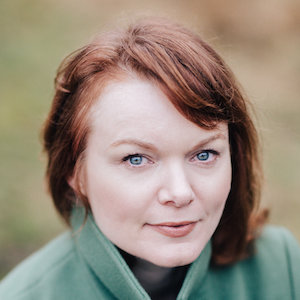 How close can you get? Karen Guthrie in conversation Karen Guthrie’s first-person documentary The Closer We Get, winner of International Documentary Award at Hotdocs 2015, was supposed to be a very different kind of film. As Karen tells me in a phone interview, throughout her twenties and thirties she lived with the knowledge of her father Ian’s extramarital affair while on a job in the Horn of Africa in the 1980s. She also had met her half-brother, Campbell, who later moved to study in Scotland and live with his (and her) father who subsequently moved out from the family house.

However, the family never discussed this unusual situation in the open. Karen is an artist and a filmmaker; her work includes three feature documentaries—Jaywick Escapes (2012), Living with the Tudors (2007) and Bata-ville: We Are Not Afraid of the Future (2005)—but it took her a long time to feel she could do the story justice and take it on as a project. Around 2007-2008 she plucked up her courage to tell Ian she wanted to start making a film about his ‘secret’ and filmed a piercing interview with her mother, Ann (which features in a turning point moment in the final cut). Karen had thought a film would be a “two-hander” with Ann, “quite a funny film”, a “Thelma and Louise documentary, road movie” which would most probably involve going to Africa to meet the people her father knew there. After all these years, she wanted to take it slowly and thought she would have all the time she needed. However, Ann had a devastating stroke about a month later. Karen says she couldn’t bring herself to look at the tape containing the interview for a year.

Some of the really intimate conversations with both my dad and my mum, I knew they wouldn’t be achievable with somebody else there, even somebody who was very close to us Caring for someone after a serious stroke, says Karen, is “a weekly management trauma” and “the last thing you’re really thinking about is making a film”. One afternoon, sitting with her mother, Karen reminded her about the film project and, to her surprise, Ann asked: “Why don’t we crack on with it?”. Karen realised that “it was gonna be a much harder film to make”, but was also excited about tackling the creative challenges resulting from the restrictions that were in place.

By that time, her father had moved back in with Ann to help out and both women understood how incredible the situation was: Ian was right there, in “a kind of web [spun by Ann and Karen]”, with Karen able to question him about what had happened. But the film doesn’t just focus on the past. At one point, Karen follows Ian to Ethiopia (an unexpected and, as she says, “risky endeavour”), which excited audiences experienced as an “adrenaline shot in the arm”, contrasting with the confined spaces of the house showing Karen as a patient carer. The making of the film affected Karen’s family on many levels, keeping her mother (who sadly passed away in 2013) interested in life and happy and acting as “a kind of extended therapy” for Karen herself. It also made her father open up about the past in a way he had never done before (“we hadn’t been able to speak about any of this stuff until we sat down with the camera”). Her parents and three siblings (besides Campbell, she has a sister and two brothers) trusted her completely: no-one ever refused to be filmed.

Working with a strong dramatic storyline (she recalls talking to fiction screenwriters who wouldn’t believe the unexpected turns of events in her real-life project), Karen approached the film with a practicing artist’s “experimental sensibility” (she calls her previous documentaries “unorthodox”). For the first time in her career, she felt “totally creatively compelled” to make the film, and yet she was back in her hometown, feeling like a 12-year-old playing around with the camera. She shot most of the film herself: “Some of the really intimate conversations with both my dad and my mum, I knew they wouldn’t be achievable with somebody else there, even somebody who was very close to us.”

At the very beginning of the project, I would feel physically sick if I imagined showing it to strangers, it was terrifying

The process was “often low tech” and “genuinely unhurried”: she would sometimes leave the camera rolling for 20 minutes to capture the best interaction but sometimes she was so tired she “would forget to put the microphone on”. She set up all static shots herself (they comprise 70-80% of the film) by putting a camera on a tripod and walking into the shot afterwards. Karen tells me she tried—and I believe she succeeded—to find a visual language to show her mother as the centre, the anchor of family life, a “magnetic person” drawing people to her as she remains perfectly still. Nina Pope, who is Karen’s long time collaborator and film’s co-producer, as well as a family friend for decades, shot the remaining, moving sequences.

Karen and editor, Alice Powell, “worked very creatively on the material”, comprising 88 days of footage, playing with it and disturbing the linearity of time in the story (which works perfectly and is not confusing). She recalls struggling with recording the voiceover she wanted to use in some sequences: “I had never done it before, never put my voice over pictures”. Learning from Werner Herzog and Agnés Varda, she understood that “you’re not having a conversation with a person, you’re actually saying something quite authoritative”.

“At the very beginning of the project”, says Karen, “I would feel physically sick if I imagined showing it to strangers, it was terrifying…I couldn’t imagine being at a point where I could stand up with my family and be proud of it”. After the film was made, things changed: “We’re all on the same page with the film”. Her father came to the premiere at Edinburgh International Film Festival in 2015 and bravely answered questions from the floor. I was a bit surprised, given that he doesn’t make a perfectly likeable character, but Karen says: “He’s proud of it, he’s proud that the film is doing well and that people love it… He respects my personal way of storytelling and the fact this is my version of things.” She says they really connected in the process and that in the end Ian, now 80, “doesn’t think it’s an unfair portrait”. The first private family screening of the documentary “was much more emotional than my mother’s funeral…we were actually connected watching our lives, watching it together on film.” Beyond the festival circuit presence, Karen is keen on doing outreach (“the less glamorous side of distribution”), for example, setting up screenings for local authority carers. She recalls the most inspiring Q&A session with high school students from underprivileged backgrounds in Chicago, who quickly lost their initial ostentatious disinterest and hostility and ended up crying and engaging in a discussion about “families and parents and how hard it is to stay together, to keep talking when you’re angry”. Karen was also the only woman present at the men-only screening in Glasgow, which highlighted very different gendered reactions to a film: “it can be a very hard watch for men”, she says, “they feel some shame for it”. It also serves as a great starting point for a conversation about their families, “perhaps families they left behind”, and how they feel about being parents and husbands.

The film’s success and its resonance with audiences around the world (next stops on the film’s journey are China and Russia) thrills Karen, going beyond her “wildest dreams” given she feared at times that she was shooting a “misery memoir” nobody would ever see. “If I had gone through a personal catharsis it would have been enough in a way,” says Karen humbly, “[but] I’ve come away with this incredible film that I know touches people all over the world in different cultures”. The Closer We Get is now available on VOD and DVD: it is your turn to be touched.

All pictures courtesy of Karen Guthrie, via ar-pr.

First picture is a head and shoulders portrait of a woman with ginger shoulder-length hair and blue eyes. She’s wearing a greenish coat. It’s filmmaker and artist Karen Guthrie.

Second picture is of a domestic interior, a room opening on a kitchen seen in the background, with light grey walls. There is a woman in the middle of the shot, with a boom mic over her shoulder, a camera bag and headphones, looking to the left, perhaps at the person facing her whose back of the head, out of focus, is on the left. This person has short white hair. On the right and in the most distant plane, there is an old person with white short hair, lying in a bed with a headboard fitted for home care.

Third picture shows seven people standing outside a small house with blue walls. In the foreground, there’s a white woman with ginger hair, standing behind a short black child who’s laughing, playfully looking into the camera and covering his mouth with his hand. A bit further there is an older white-haired white man, wearing glasses, short sleeved shirt and a sleeveless sweater over it, holding his hands in the pockets. There are four black people behind him, two men and two women, women wearing bright green t-shirt and a green head dress (respectively), one of the men wearing a checked black and white short-sleeved shirt. They’re peeking from behind the white man’s shoulder.

Fourth picture is of a domestic interior, a room opening on a kitchen seen in the background, with light grey walls. There’s an older man in the background on the left, using a computer, there’s a keyboard on the desk in front of him and he’s holding the mouse as if he’s clicking it. There are two women on the right, a younger one with ginger hair pulled back with a green hairband and an older white-haired one, in bed on the right. Their faces are covered with white face masks. Younger woman is showing the older something of interest in the newspaper she’s holding open in front of her.